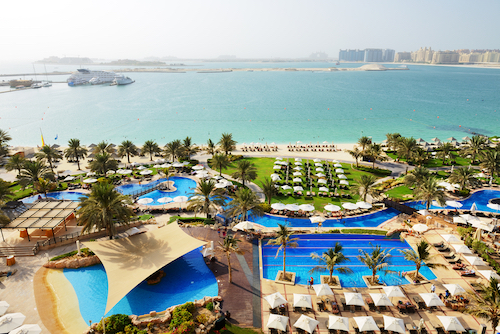 The UAE can be a great place to live and work. With a high standard of living, good transport links and education, plus zero income tax, it’s a popular choice for a number of expats – more than 88% of its population come from abroad, according to the UN. Some 120,000 of those are from the UK, with a further 50,000 from the US. The UAE even appointed a Minister of State for Happiness and Wellbeing!However, there are a few disadvantages you might need to take on board if you’re planning to relocate to this part of the Middle East. The Emirates are not cheap, for a start; a basic apartment is likely to set you back around £2K per month, so ensure you have a salary to match. In addition, these are traditional cultures which still have a degree of disapproval around drinking alcohol and fraternization between the sexes.

A number of financial scams have been targeted at expats living in the UAE, although regulators have cracked down, as we reported last month, with the establishment of the new financial aggregator website. whichfinancialadvisor.com This was launched earlier in the year by Insight Discovery in an effort to battle scammers and streamline the advice system.

The new website is definitely needed. In November 2018, the Dubai Financial Services Authority warned residents of a cash-for-loans scam which was: “using the name of the financial regulator and two UAE government authorities to trick people into paying huge processing fees in exchange for loans of up to $20 million (Dh73.4 million).”

This is a pretty basic scam in which would-be borrowers are promised the possibility of enormous loans, which are then ‘approved’, although the borrower is asked to pay clearance fees to release the money. Gulfnews.com gives advice on how to check whether financial ‘advice’ or offers are genuine, saying: “If you receive an offer of an amazing deal out of the blue, don’t believe it. If it seems too good to be true then it is probably a scam.”

This is good advice for all of us. The DFSA has a list of typical scams on their website below, including ‘boiler room’ and ‘advance fee’ scams, Ponzi schemes and phishing. They encourage anyone who has fallen prey to a scam to report it directly to them, particularly if the con uses the name of the DFSA itself or its fellow organization the Dubai International Financial Centre (DIFC). Some scams may even arrive by letter to people advertising their homes on the internet. These letters purport to be from purchasers who need help transferring money.

In February 2019, the Sharjah police warned against investing in companies that turn out not to exist, saying that a number of young Emirati people had fallen for such cons. Check whether investment companies have a valid trade licence for the UAE, and where they are based, said Maj. Gen Al. Shamsi, who also encouraged anyone affected to tell the police. “Once a police report is issued, we will exert all-out efforts to minimize the victim’s loss in investment fraud.”

Keep an eye on your actual cash in hand, too. Just this month, two businessmen were convicted at a Dubai court for bringing E.2.9 million in counterfeit banknotes into the country from Italy.

However, as well as financial pitfalls, there are also some social issues which you might want to be aware of – especially if you’re female. Human Rights Watch recently reported that some expat women have had trouble in the UAE, with the authorities’ alleged “failure to respond adequately to reports of domestic violence.”

A number of expat women report that the police did not take their complaints of domestic violence seriously, and others say they have had trouble with courts awarding custody of their children to their ex-partners.

A spokesperson for HRW says that: “The UAE has sharia courts but its civil and criminal courts also apply elements of sharia, codified into its criminal code and family law, in a way which discriminates against women. So while the UAE’s civil and sharia courts apply the principle of ‘in the best interests of the child’, in cases relating to the residence [custody] of a child, the discrimination women suffer in other areas of the law may mean they don’t get a fair trial.”

Women also can’t work legally without their husband’s permission in the Emirates – this is problematic enough if you’re in a stable relationship but becomes worse if the marriage turns acrimonious.

Afsana Lachaux, A Londoner married to a French citizen in Dubai, says:

“You can be a non-Muslim man and use sharia and [my partner] stipulated he wanted to use sharia. The reason is that under sharia, women are treated like second-class citizens and you don’t have any rights. Women like me can be divorced without knowing and sharia law can be used against you even if your husband, like mine, is not Emirati and you married in England. Basically, you’re stuffed. If you are criminalised as women in a child custody battle then it negates your child custody case.”

This means that if you’re moving to the UAE and you’re married, you need to ensure you know your rights and are aware of any gender disadvantages built into the system. We are using the term ‘marriage,’ by the way, as it’s illegal to have sex outside marriage in the UEA; therefore, you will need to be wed if you want to work and live here, otherwise you could be looking at a year in prison. Sounds a bit draconian? Well, that’s the law, and it’s wise to check out some of the other legislation, too. The website movehub.com tells us that you can also get into trouble for swearing (even on Whatsapp) and carrying food which contains poppy seeds. Gossiping’s out as well, and you can forget about safely declaring any same-sex preferences. Plus, in the world of work, joining a trade union or instigating a strike could also land you a jail sentence.

Have you lived in the UAE? Share your thoughts in the comments below, or answer the questions here to be featured in an interview!