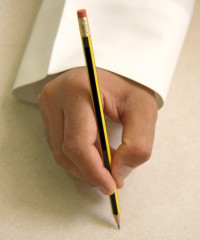 The United Arab Emirates, as of a 2011 Al Arabiya report, was host to nearly 4 million foreign-born laborers from sub-Continental Asia, the Arab world and elsewhere, with an expatriate population of twice that number (and, just as a reminder, the vast majority of UAE residents do qualify as expatriates). The majority of the foreign-born workforce does not have professional qualifications, however, with the same report claiming fewer than 230,000 residents with university degrees. One could interpret these numbers as saying that the demand for skilled / educated labor within the country is still substantial enough to reward a professional interest in the country.

Out of the three incremental “waves” of migrant labor to have appeared in the country, the latest wave – initiated by a sense of competition between Abu Dhabi and Dubai over mega-development projects – briefly resulted in a state where “even laborers were in short supply”. Though there is some argument as to whether this construction and development wave has crested, the UAE may still present an attractive option to adventurous professionals with future-building aspirations.Tricky Terminology

Of course, finding work in the Emirates involves much more than merely arriving in the country and expecting to fall into a great job opportunity. There is something of a semantic quirk to overcome here, since, even though high-profile positions in architectural engineering will involve a written contract, it is the more distinctly blue-collar professions that are referred to as “contracted labor.” So, “contracted” here is a kind of stand-in term for a process that involves the recruitment of such labor in their home countries by UAE companies’ representatives.

Owing to this, you should make sure that any labor law you pore over has to do rather with “sponsored” labor. This is the second category of labor falling under UAE law, and will certainly apply to professionals who have approached UAE companies for employment rather than the opposite. Another bit of semantics to become familiar with relates to company employees: those who are investors in a UAE enterprise, or partners in it, will not automatically be viewed as “employees” under UAE labor law, with the caveat that he or she can be classified as such if this is how they self-identify.

Who is a Sponsor?

Residence in the UAE is, as it is with many other countries where permanent residence status has not been achieved, bound to your relationship with your sponsor. Therefore, it is imperative to be careful about the numerous offenses one can commit in the UAE that will result in a swift termination of any labor contract that they may be under. These include (but are not limited to): violation of written or orally received safety instructions, being missing or absent for work for longer than 20 days, revealing trade secrets, assaulting fellow employees of any rank, and failing to live up to stated work obligations. Owing to a Cabinet resolution from 2010, provided that your job termination is by “mutual agreement,” this will not result in an immediate expulsion from the country, and the job seeker will be allowed to receive new sponsorship. This is contingent, however, upon your having worked in the country for a period of two years.

While on the subject of sponsorship – employees in any of the economic ‘free zones’ of the UAE must know that it is the zones that sponsor them, and not an isolated corporate entity within those zones. In the event that employee disputes arise, however, the Ministry of Labor still considers the dispute as being between the employer and employee, not between the Free Zone and the employee.

Along these lines, a much-discussed “part-time” work permit was recently instituted in the UAE, though this is probably not of much use for expatriate professionals: after all, a condition of its being granted is that this work is recognized as “supplementary”: meaning, you must already possess a full-time job. However, this is well worth looking into for students, who can qualify for this permit despite our opinion that preparatory study is a completely different concept from employment.

The Case for Careful Advanced Planning (to Whatever Extent Possible)

Other aspects of UAE labor law can be confusing, especially since the time of their enactment in the 1980s was a very different one from now, and the labor force has dramatically increased and changed in character. Details that might first be ignored, such as the previously extant 6-month ban on seeking new work once a previous contract terminated, are still very important to discuss with prospective employers to see how they might affect you.

Many expatriate workers in the foregoing decade, for example, found themselves in quite the dilemma when a construction project was canceled as soon as they had managed to settle in the UAE. It is therefore crucial to have any potential employer tell you, to the extent of their knowledge, if any contingencies might result in a shorter work period than expected.