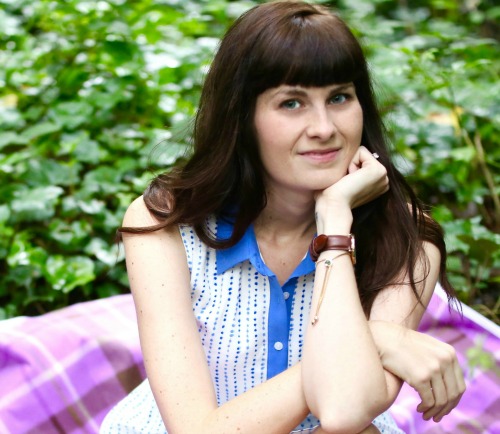 I’m an American transplant in England. I’m originally from New Mexico, specifically from Albuquerque (of “Breaking Bad” fame). I trained as an actress and freelance any way I can. My most passionate hobby is my blog, Rhyme & Ribbons.

I fell in love with London (and a young man) when I studied abroad during university in 2010. I finished my degree in America and then in 2011, I moved to England to start my Master’s program. I’ve nearly 6 years in England under my belt now, and I’ve never looked back.

The most difficult thing about moving abroad, for me, was the lack of an initial support network. Once you’re out of school, in a large city like London, it can be really difficult to meet people. But even locals have that same issue; it’s not necessarily an expat problem, though foreignness can compound it.

The English visa process is no cup of tea either!

London is absolutely full of expats! However, there aren’t many other Americans in my neighbourhood and until I started blogging, I had very few expat connections in London as I’d never joined an expat meet-up group (of which there are many).

I’m a huge history geek, so I love being in a country that’s steeped in such a long and varied history. Culturally, there’s always something new and exciting to experience in London and the food scene is fantastic as well!

I am a truly terrible driver, and if I was at home in New Mexico I’d have to drive everywhere, so the fact that I can rely on public transit and trains to always get me where I need to go is such a blessing!

It’s hardest being away during important life events and the holidays. Since moving abroad, I’ve never been home for Christmas, for example. I can’t begin to count the number of weddings, births and graduations that I’ve missed and that can feel very bittersweet. The advent of social media has made this so much more bearable- I can Facebook call my brother; have a WhatsApp thread with all my best friends from home and still manage to feel connected these days.

I miss the weather in New Mexico sometimes; but I usually only get nostalgic for the oppressive dry heat when we’ve had at least two weeks of rain in a row.

When I first moved to England I struggled to know if people were just being polite or had a genuine interest in how I was. Social cues are somewhat different, and I was scared of being that over emotional American stereotype at first. Also, the drinking culture in England cannot be underestimated. There’s a really social drinking culture in America, but it’s truly a different beast in England.

Budget and allocate more time and money to the visa process than you think you would need. The initial visa path that I planned on taking in the UK has since been closed, and the UKBA does not necessarily make the visa process an easy thing to figure out on your own. If you can set aside extra money to get an immigration lawyer’s help (or if your employer can handle the paperwork for you) I can’t recommend that enough!

You can keep up to date with Amanda’s adventures on her blog, Rhyme & Ribbons.