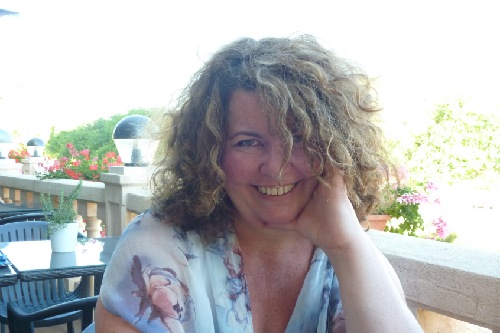 I am Bronnie Mayho, once Bronwyn Hattaway.Where, when and why did you move abroad?

I moved to Britain originally in the 1990’s but moved home and back several times during that decade, finally settling in SW London in 1997.

Leaving my parents was the hardest part; my father was seriously ill. I wasn’t there when he died, for which I will feel forever sad. I returned to farewell my mother. Neither held me back, clipped my wings, but I am sad that they are no longer home when I return.

I found London incredibly difficult to navigate originally; I think it was the lack of a horizon, which is even more testing in winter.

I missed the beach; it seemed only Cornwall had ‘real’ beaches. I missed real summers. Living in Britain, especially when you are alone, makes you tougher, makes you grow up and learn to speak up and face obstacles.

I have been here many years. The people I knew originally have returned, or I have lost touch with them. I have picked up others since moving from London to Hertfordshire. I was delighted to find the librarian at the school in which I worked last is a Kiwi, while I’ve become friends, subsequently, with a couple of Kiwi parents from that same school.

I like my proximity to London. One of the draws for me originally was having access to the cultural life London offered. I craved art exhibitions and theatre and concert choices.

An Aussie friend said, ‘When you emigrate, you lose your history.’ I think that’s true. I don’t have any family or friends from home to speak up for me, or share experiences, when my husband and his family and friends reminisce. There aren’t the same hooks and links and shared memories.

London is on such a grander scale. From history to opportunity, to the wealth of arts and crafts and culture, it’s all so much bigger and more varied. Sometimes there is so much that you can be spoilt for choice. Contrarily, you don’t get the artisan or local showcased to such a degree as in New Zealand. It felt like everyone I knew in NZ saw Adele on her 2016-17 world tour, but only my hairdresser and a book group friend attended any of her concerts here.

Step away from the whanau. Make your own footprints. It’s scary but the effort is worth it for it’s your journey. Why travel so far, if you’re not really going to leave what you know? See Britain, don’t use it as a stepping stone for travel only, for it’s a wonderful country, unique, with fabulous history, nuances, crafts and places to explore. Brits (Poms) are all right; don’t believe the lame stereotypes about them being unfriendly, but get to know a few. Take time in the neighbourhood.

Bookwagon, the online quality children’s bookselling business that I started with my husband three months ago, is my focus. We want to build it into something that reinforces how important reading is to our society.