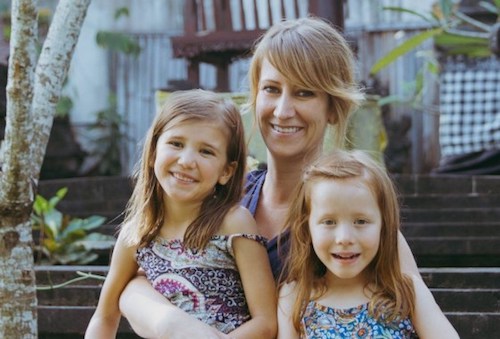 I left New Zealand in 1998 for several reasons.I was 25 and desperate for a new work/life challenge and I was completely fed up with the weather in ‘Windy Wellington’.

Firstly, I moved to Sydney, where I basically just had fun for three years. Then I decided it was time to knuckle down, workwise, and moved to the home of journalism – London.

Moving to Sydney was fairly straightforward as I arrived before the immigration changes of 2001, and then applied for Australian citizenship.

Moving to the UK was much more convoluted. Luckily for me, my mum’s father was Scottish which meant I could apply for an ancestry visa, but to prove I could support myself I had to have £2000 in a bank account, and have work lined up before I arrived.

All the admin stuff – like getting a tax number – was frustrating and time-consuming. Setting up a bank account was a NIGHTMARE – trying to prove I was who I said I was, and that I was responsible enough to be granted a cheque account. I remember being on ‘probation’ for months until they were satisfied was earning regular money and was spending it wisely.

I originally lived in Fulham and Putney, which are both popular areas for expats, but I had made some British friends while working in Sydney, so I integrated with them rather than seeking out my own country folk. I also had an English fella, so I gained all of his friends by association. I guess I wanted to fully immerse myself in British culture – do what the Brits did, see what the Brits saw, etc. I think this helped me settle in more quickly too, as I really dove into the deep end.

Nowadays I live in a hamlet in Buckinghamshire, and there’s actually one other woman at the local school who also came from Wellington. Every now and again we get together for coffee and laugh about how windy it was growing up, and how it was totally normal to walk around the shopping centre with bare feet, and how we’d have earthquake drills during class (which just seems so bizarre to Brits). It’s really nice to have someone who ‘gets’ it.

People are ALWAYS asking me ‘why on earth would you leave NZ for here?!’ but there are so many things I adore about the UK. Sure, the weather isn’t great, but the Med is only a short flight away.

I love the buzz of the UK – the fact it’s at the centre of huge world events – and the sophistication of British people. I love their famous eccentricities, and their grit and the way they’re not afraid to speak their minds. I love that I can walk around London and see buildings that were standing hundreds of years before the pakeha even arrived in New Zealand, and the fact I can get on a train in London, and get off in Paris.

And having four seasons – at home summer and winter blur into each other more, but here you have four distinct seasons, and I love all of them for different reasons: the amazing bonhomie of summer, the stunning colours of autumn, the crisp, snow-covered (but not too much snow) days of winter, and the unfurling green relief of spring.

That I’m so far away from friends and family – especially now I have children. I feel sad that my girls won’t have that idyllic Kiwi childhood I enjoyed, surrounded by cousins and grandparents. And I miss feijoas. Why, why, why won’t someone grow/import them over here and make my life complete?!

As mentioned above, the weather could do with some improvement. Also, for the first three or four years, I literally pined for the ocean: in Wellington and Sydney I was only ever a few minutes from a sea view, and the murky Thames and the Camden canals (where I was working at the time) just didn’t cut it.

The lack of that ‘outdoor lifestyle’ – eating outside every night in summer, cooking everything on the barbecue. Winter Christmases took me a good few years to get used to, but I love it now – nothing feels more festive than sitting around a crackling fire, wrapping presents while the tree lights twinkle.

The British brusqueness took me by surprise at first – I thought everyone was just being unbelievably rude, but I now understand it’s just the Brit way. Crack that unsmiling facade, and you’ll find the funniest, most generous and most loyal people inside (although the UK customer service industry still needs some work!).

I also found their brutal honesty quite confronting at first. Kiwis are very conscious of not offending or upsetting people, so I was used to a much more ‘gently gently’ approach, but I’ve come to appreciate – prefer even – the British way of giving the unvarnished truth. You know where you stand with people, and that’s helped me to become more assertive.

Do it! Even if you decide it’s not for you long-term, you’ll learn so much about life, and the world, and yourself. You’ll gain confidence and uncover new skills and passions, and even find a new appreciation for what and who you’ve left behind.

To explore more of the UK and its fascinating history with my girls. To travel everywhere and anywhere, soaking up all the knowledge and culture and experiences and blogging about them along the way.

You can keep up to date with Jacqui's adventures on her blog, Mummy's Little Monkey.