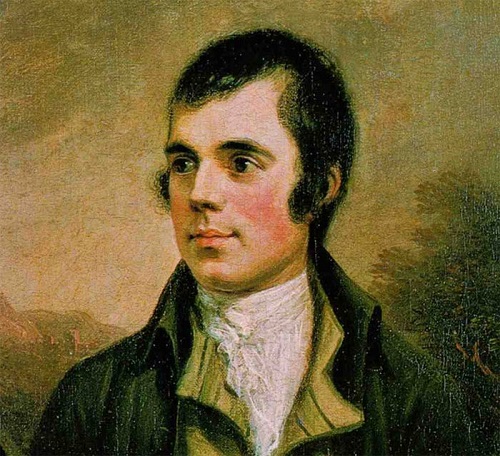 If you’re new to Scotland, then you’re probably wondering what Burns night is and what all the fuss is about. Burns night or Burns supper is a tradition that celebrates the life of popular 18th century Scottish poet and lyricist, Robert Burns. This tradition has been carrying on since 1801 when a few of his friends got together to raise a toast to his achievements and reflect on his life.He is considered to be the national poet of Scotland and every year on 25th January, which is his birthday, the Burns supper is held to commemorate his life and works. The supper can be an extravagant affair or an informal one with friends and family.

If you’re an expat living in Scotland, here’s everything you need to know about celebrating Burns night.

Who was Robert Burns?

Robert Burns was one of the most well-known Scottish poets. He has several nicknames and was also known as Rabbie Burns or the Bard of Ayrshire. He was considered to have been a pioneer of the Romantic movement and over the years, his poetry became more and more radical.

He wrote poetry and songs, and his most famous pieces are ‘Auld Lang Syne’, ‘Address to a Haggis’, ‘A Red, Red Rose’. He has greatly influenced Scottish literature and has a huge following within Scotland and among the Scottish diaspora around the world.

How Burns night is celebrated

Burns night is celebrated in pubs, restaurants, by local organizations or simply by people at home. The gathering can be formal or informal and usually includes toasts, readings of the artist’s work and a focus on haggis, which is a traditional sausage made in a sheep’s stomach. Robert Burns has written an ode to the haggis, which is usually read out when the haggis is brought out.

How you choose to celebrate Burns night is entirely up to you, but if you’re looking at holding a traditional Burns supper then you will need to know the following.

Piping in the guests
At the very start of the celebration, guests gather around while a piper welcomes them with music and leads them to their seats. In an informal gathering, you can play Scottish music in the background while the guests are ushered to their seats.

Selkirk Grace
The guests are seated and the grace is said. The Selkirk Grace is a thanksgiving prayer that is said before meals. While this is a fairly popular grace in Scotland, it is believed to have been called by this name because the Robert Burns said this grace at a dinner given by the Earl of Selkirk.

Some hae meat an
canna eat,
And some wad eat that want it;
But we hae meat, and we can eat,
And sae let the Lord be thankit.

Piping in the haggis
Haggis is a traditional Scottish sausage made of lamb and oatmeal and stuffed in a sheep’s stomach. The sausage is usually served with an accompaniment of potatoes and turnips and the meal is followed by dessert and tea and coffee.

As the ceremonial haggis is brought in to the room, everyone is made to stand. The haggis is usually brought in by the chef and the piper leads the way to the host’s table. As the duo approach the table, guests clap while keeping in tune with the music.

Fair fa' your honest, sonsie face,
Great chieftain o' the puddin-race!
Aboon them a' ye tak your place,
Painch, tripe, or thairm:
Weel are ye wordy o' a grace
As lang's my airm.

The groaning trencher there ye fill,
Your hurdies like a distant hill,
Your pin wad help to mend a mill
In time o' need,
While thro' your pores the dews distil
Like amber bead.

His knife see rustic Labour dicht,
An' cut you up wi' ready slicht,
Trenching your gushing entrails bricht,
Like ony ditch;
And then, O what a glorious sicht,
Warm-reekin, rich!

Then, horn for horn, they stretch an' strive:
Deil tak the hindmaist! on they drive,
Till a' their weel-swall'd kytes belyve,
Are bent like drums;
Then auld Guidman, maist like to rive,
"Bethankit" hums.

Is there that o're his French ragout
Or olio that wad staw a sow,
Or fricassee wad mak her spew
Wi' perfect scunner,
Looks down wi' sneering, scornfu' view
On sic a dinner?

Poor devil! see him ower his trash,
As feckless as a wither'd rash,
His spindle shank, a guid whip-lash,
His nieve a nit;
Thro' bloody flood or field to dash,
O how unfit!

But mark the Rustic, haggis fed,
The trembling earth resounds his tread.
Clap in his wallie nieve a blade,
He'll mak it whistle;
An' legs an' arms, an' heads will sned,
Like taps o' thristle.

Ye Pow'rs wha mak mankind your care,
And dish them out their bill o' fare,
Auld Scotland wants nae skinkin ware
That jaups in luggies;
But, if ye wish her gratefu' prayer,
Gie her a haggis!

Toast to the haggis
The guests join in with the toast and together everyone raises their glasses and shouts: “The Haggis”. It is time for the haggis to be cut and served with neeps and tatties (turnips and potatoes). In more extravagant celebrations, the piper leads a procession to the kitchen to serve the haggis.

The meal
The meal usually comprises of a cock-a-leekie soup as a starter, haggis with turnips and potatoes for the main course and dessert that could be Clootie Dumpling or Typsy Laird which is a sherry trifle.

The drink
No Burns supper can be complete without drinks. It is customary to serve wine or ale with dinner and the haggis is usually doused with a whisky sauce which in some instances is just neat whisky. After the meal, the host usually serves a selection of malt whiskys.

Toast – immortal memory
While the guests have settled down post dinner and are having their coffee / tea, speeches and toasts are given.

The main speaker gives a speech about aspects of the poet’s life and poetry. It could include a reading of one of his poems. Then a toast is given to the immortal memory of Robert Burns.

Address to the lassies
In the olden days, this was a short speech that was given by a male guest to thank the women who had prepared the meal. Nowadays, the speech is more lighthearted and sometimes ends up being about what the men think of the women in the group. The speech is given in good humour and is not meant to be offensive in any way. The men also raise a toast to the health of the women.

Reply to the laddies
This is the women’s turn to reply. A female speaker responds to the previous toast and also gives their opinion on men of today. Sometimes the male and female speakers collaborate so that the two toasts complement each other.

The final entertainment
After the speeches and toasts have been given, it is time to reflect on the work and life of the poet. There will be singing of the songs written by Burns and also a reading of his poems. Individual guests might sing or read, or sometimes experts are invited to share their knowledge on the subject. Guests who are foreigners may also be invited to read poetry and sing songs from their own countries.

Vote of thanks
The host thanks everyone who has attended and contributed to a beautiful evening of fun and food and poetry.

Auld Lang Syne
At the end of the supper, guests are invited to stand together and sing the popular song, ‘Auld Lang Syne’.

Sometimes during more lavish celebrations there might even be some Ceilidh dancing. The band usually teaches the audience how to dance and explains all the moves so no one feels left out. Everyone joins in and has a merry time.

If you’re feeling even more adventurous, you could organise fun games and quizzes and give away prizes to those who know their Rabbie Burns trivia. If you look online and browse through the archives, you’re sure to find a lot of fun facts and little bits of information about the poet. But if you’re feeling particularly lazy, then we’ve got you covered.

Here are some interesting facts about Rabbie Burns that you might not have known:

– Rabbie had 12 children by four different women during his 37-year existence.
– His youngest son, Maxwell, was born on the day of his funeral.
– Robert Burns has statues dedicated to him erected all over the world.
– His works have appeared in hundreds of films and TV programmes and have even been featured in popular American TV show ‘Sex in the City’.
– The largest collection of his work can be found in the Mitchell Library in Glasgow. They house over 30 translations of his works.
– When his body was exhumed in 1815, it was found that his skull was larger than average.
– He was the first person to have ever been featured on a Coca Cola bottle.
– His song ‘Auld Lang Syne’ has been recognised by the Guinness Book of World Records to be one of the top three most popular British songs.
– Tommy Hilfiger, the famous fashion designer, is a direct descendent of the poet.
– His works inspired the titles of two famous novels – ‘The Catcher in the Rye’ by JD Salinger and ‘Of Mice and Men’ by John Steinbeck.
– Singer Bob Dylan claims that Burns’ poem ‘A Red, Red Rose’ was his greatest source of creative inspiration.
– British-American astronaut Nick Patrick is said to have carried a miniature copy of Burns’ poetry on a space mission in 2010.
– Despite being such a famous poet today, Burn’ died a very poor man, with only around £1 to his name.
– U.S. president Abraham Lincoln could recite his work by heart and was another one of Burns’ fans.
– Burns was voted as The Greatest Scot by STV viewers in 2009.

In the words of the poet himself, “The best-laid plans of mice and men gang aft agley.” So, don’t worry too much about the details, just go ahead and have a good time while appreciating the life of a poet who did so much, in the little time he had on earth.

Bring out your bagpipes and your kilt and get ready to celebrate with friends and loved ones. Drink your wine and eat your haggis and make merry as the poet would’ve done!

What are you doing to celebrate Burns night? Let us know in the comments!