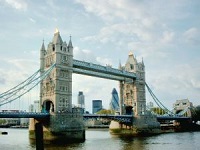 Tipping is one of those minor but important customs that is different everywhere you go and is rather tricky to figure out. For expats, it’s among the bigger of the small challenges. Should you or shouldn’t you tip? How much should you tip? What’s a good way to tip? Going against tipping etiquette can be quite embarrassing, and it could make you less welcome at your favorite restaurant.

The UK doesn’t have as much of a tipping culture as the US or Canada, but in some situations it is seen as traditional, while in others it’s just the polite thing to do. Depending on the total bill, it might be seen as considerate to leave the change behind. And of course, if you’ve received exceptional service, it is fair to offer a generous tip. Conversely, if you’re unhappy with the service, you are not expected to leave a tip.If you’re an expat in London and are wondering how to do the right thing, here are a few useful tips on tipping.

In fast food restaurants and cafes, tipping is neither expected nor necessary. Watch out for a tip jar – fast food chains and coffee shop chains sometimes have them on the counter. They’re rarely used, so don’t feel compelled to use them yourself. However, if you are particularly pleased with the service, you can choose to leave some change behind.

In smaller restaurants, where you place your order and pay for it at the counter, tipping is not necessary, except perhaps for leaving behind your change. However, in larger restaurants, tipping is more common, especially in higher-end establishments. If you’re at a fine dining place, it would be considered rude to not leave a tip.

At the same time, check whether a service charge is included in your bill. You can also ask your waiting staff whether the service charge actually goes to them (sometimes, unfortunately, it doesn’t), and decide whether or not to leave an additional tip based on this.

In general, a cash tip is preferred to adding an amount to your credit card bill – the latter can complicate things for the staff, and can also incur some transaction charges.

It is not customary to tip bartenders in pubs. If you’ve had a long chat with the bartender or if they have been exceptionally helpful, when placing your next order hand you can over the appropriate amount of money and tell them to buy a drink for themselves too. (You can also occasionally do the same if you’re a regular at your local pub.) It is then up to the bartender whether to actually get a drink or put the money away for later use.
If you’re eating at a pub, the etiquette is the same – you are not required to tip, but if you want to, you can leave some change.

At more expensive bars, things are a bit different, and you may be expected to leave a small tip depending on the establishment.

Many hotels include a service charge in the bill, which simplifies things for guests. However, if your hotel doesn’t have a service charge, you should ideally give the porter a tip of a couple of pounds. It is not necessary to tip for room service or for cleaning, but again, if you’ve had exceptionally good service, you can leave a few pounds behind when you vacate your room.

Taxi etiquette varies greatly in London. Some people don’t tip at all, and some people feel that a 10% tip is a must. However, the majority of people simple leave their change or add a couple of pounds to their fare, and this is probably the most widespread and fair approach. Of course, if your driver was particularly pleasant and considerate, chose a good route and knew it well, and/or helped you with your luggage, you could be a bit more generous.

It is customary to tip tour guides in London. You can tip your tour guide a couple of pounds per person, or more if you had a particularly good time.