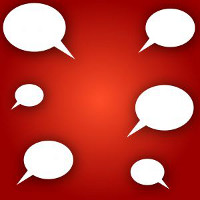 The English language, given its unparalleled distribution throughout the world, has become such a complex and syncretic beast that we can sometimes wonder if it might be better to classify some of its most esoteric variants as different languages altogether. From the intentionally un-grammatical constructions of Internet message boards to the Rasta argot of Jamaica (in which the phoneme “I” is substituted for other phonemes with disagreeable connotations), it is sometimes fascinating to see how far the language can be bent without breaking.

Even single deviations from a rule – such as the habit of some New Zealand residents to pronounce all vowel sounds like the “i” in “dig” – can dramatically alter the perception of the language as something familiar. Of course, one doesn’t have to travel far from the historical birthplace of the English tongue to encounter a very non-standardized English that is at odds with the Queen’s English of BBC broadcasters, or for distinct dialects that might be mutually unintelligible.Before Delving into Dialects – a Useful Tip

Having said this, it’s advisable for any visitor to – or prospective expat of – the UK to familiarize themselves first with key differences in pronunciation and vocabulary that are considered ‘standard’, yet very different from English as spoken throughout North America and regions under the influence thereof. Once you understand that a phrase like “I’m mad about my flat” can mean that a UK resident is excited about an apartment rather than angered by a punctured tire, you will probably be aware that there are many “false friends” or homonyms that have nothing to do with the meaning of a word or phrase as it is used in North America. A preliminary course in these differences would be wise to take before getting to grips with the more regionally exclusive inflections and colorful euphemisms.

Newcastle-upon-Tyne is a good starting point for this brief journey, which, sadly, can’t possibly be completed in this short space. This Northeastern population center is home to the “Geordie” culture and dialect, with the dialect also being a feature of Northumberland and County Durham. The name allegedly comes from the presumption that “George” was the most common first name among the miners that once shaped the region’s economy.

The language is believed to be closer to original Anglo-Saxon than the “proper” English mentioned above, though this acknowledgement alone doesn’t keep it from being a challenge to linguists at times. Some Geordie terms seem to pinch from the vocabulary of other Northern European languages altogether – the Geordie term for child (“bairn”) seems closer to its Swedish equivalent (“barn”) than anything else. Yet other terms seem to have a more indefinite origin, like “clart” for mud or “Howay! [come on!’]” that is similar in tone and meaning to the French “Allez!” The brutally irreverent comics magazine Viz features numerous characters speaking in this dialect, giving both Newcastle and Geordies a bad name, although somewhat more, well, socially acceptable Geordie ambassadors include TV personality Jimmy Nail and guitarist Mark Knopfler. In this region, expect to hear the “a” in “cat” pronounced like “e” in “head”, or the “-er” suffix to be rendered as “-a.”

The 'Scouse' Dialect and Accent

Staying in the north, yet heading further west, we can encounter Scouse as spoken in the Merseyside area (think Liverpool and environs), but which also strays well into Wales. Named for a Scandinavian word for the seafood popular among sailors and dockworkers, it is typified by fairly fast-paced and nasal speech and by a few maddening ‘exception to the rule’ situations: namely, the “oo” in certain words may be pronounced as “ew” or drawn out (as it is in the Midlands region of England), yet in other words that same “oo” may break with this mould and have that phoneme pronounced like the short “u” in “duck.” So it may take some careful listening before you attempt to appropriate a Scouse accent, you’ll certainly want to know whether you should be reading a “bewk” or a “buk.” Many have pointed to early (pre-“psychedelic” era) Beatles feature films as a good means of picking up this accent.

Finally moving all the way north into Scotland, we can encounter Glaswegian as spoken in Glasgow and the surrounding area. It is known affectionately as “The Patter”, and associated with the Highlander culture of old (though influence has to be attributed to the Irish as well). Though perhaps not as ‘pure’ today owing to an encroaching Cockney influence, the accent still has plenty of unique nuances, e.g. “nae borra” being used in the place of “you’re welcome” or “don’t / no bother.” One can catch up to speed a little by habitually using “geesa” as a verb indicating request, as in “geesa break” [give us / me a break] or “geesa nurra [I’d like to have another]”. The more familiar an object (animate or inanimate), the more likely it is to have its own unique term in this dialect, as in “wean” for “baby”.