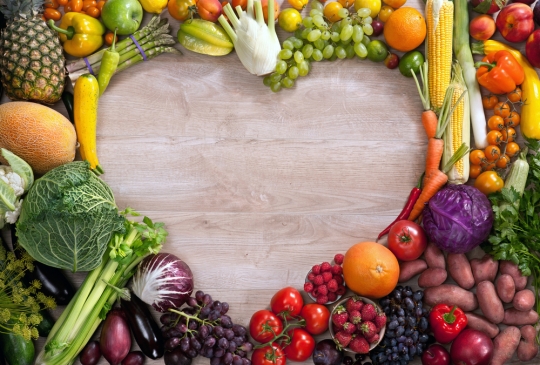 Whether you’re vegetarian, vegan, or just a healthy eater, rest assured that the Big Smoke is a veritable veggie paradise these days. England might not have the best food reputation abroad, but you’ll be delighted to know that this has changed in recent years. Gone are the days of limp lettuce served with rust-coloured tomatoes and a slice of cucumber, or bland and flavourless dishes of meat and two veg. As one of the most international cities in the world, you’ll find cuisines from around the globe represented in London. And luckily for those who eschew animal products, there’s widespread awareness of vegetarian and vegan food.From the many chain restaurants now introducing dedicated menus and vegan options to the supermarkets who have expanded their vegetarian and vegan ranges, you’ll find a wealth of choices in London. Those coming from abroad will be pleased to discover the ease of veggie food shopping in the UK; many supermarkets label their vegetarian and vegan products with ‘V’ symbols, so you don’t have to hunt through ingredient lists.

As the birthplace of both the word ‘vegan’ and the world’s first vegan society, London has a long vegetarian and vegan history and a vibrant veggie community. In recent years, the UK has seen a great increase in the number of vegans (rising from one percent to seven percent of the population between 2016 and 2018). London is now home to a number of veggie events, including vegan festivals, markets and even a vegan Oktoberfest. Whether you’re after a specific product like vegan doughnuts or just good veggie fare in a pub, you’ll find it in London.

If you’re looking for an all-vegetarian or vegan restaurant, you’ll have no problem in London. In fact, it’s likely that your problem will come in narrowing down your choices from the hundreds of options! Popular restaurants include established eateries such as Manna (London’s oldest vegetarian restaurant, now vegan), Mildred’s and The Gate. Relative newcomers like Temple of Hackney and Temple of Camden (vegan fried chicken shops) and What the Pitta (vegan doner kebabs) are also quite popular.

Countless rankings and guides exist, but the most fun way to determine the best veggie restaurant in the city is to attempt to try them yourself! This will be a never-ending task, thanks to new vegetarian and vegan places opening every week, but an enjoyable one.

To see the most comprehensive and up-to-date listing of London’s vegetarian and vegan restaurants, check out Happycow, which sorts eating establishments by area of London.

Vegetarians and vegans need not be left out of the fine dining scene, thanks to a number of high-end restaurants introducing vegan menus. The only 100 percent vegetarian fine dining restaurant in London is Vanilla Black, but that’s soon to change with Gauthier’s announcement that it will be going vegan in the next two years. Former Michelin-starred chef Alexis Gauthier is vegan himself and his restaurant will follow suit by 2020. In the meantime, you can sample his vegan tasting menu.

Apart from Gauthier, you’ll find vegetarian and vegan options at other Michelin and fine dining restaurants, such as Benares, The Clove Club and Pollen Street Social among others. It’s always a good idea to request a vegan menu in advance when you book your table. Many fine dining chefs are happy to provide a vegan meal with advance notice, even if they don’t normally have options on the menu.

An increasing number of restaurants across the capital, both independents and chains, are offering veggie and vegan options. In fact, it’s a rarity these days to find a restaurant that doesn’t offer vegan dishes. Whether you’re looking for vegan fish and chips in a Thames-based pub with a view, plant-based tapas crafted to fuse Spanish and North African flavours, or a quick bite on the go, you’ll find meat-free eats abound in London.

The Veganuary website, which runs the annual month-long vegan challenge each January, lists vegan options at chains around the country.

In the last few years, UK supermarkets have increased their vegetarian and vegan selections, and many of them label their products clearly as vegan so you won’t need to study the label ingredients. Supermarket Waitrose have dedicated vegetarian and vegan sections now, offering veggie burgers and mince, vegan cheese, non-dairy milks, ice creams and more. Online food shopping tends to have similar products, with Ocado offering a particularly good selection of vegan products. For ethical, seasonal and mostly local online food shopping, Farmdrop have a good selection of independent producers as well as locally grown and produced foods.

If you’re looking for a more specialist item, you’ll find plenty of health food shops in London. Chains include Whole Foods, Planet Organic, Holland & Barrett and As Nature Intended. Most areas of London have independent health food shops too. London is even home to Green Bay which is an all-vegan supermarket – albeit a small one. If you’re looking for seasonal vegetables and other local products, you can check London Farmer’s Market for the nearest location.

If you’re a new expat in London, you may be looking to expand your network and meet new people. Connecting with other vegetarians and vegans can make your transition to life in London easier. Meetup.com is a free website to connect like-minded individuals, and the London Vegan Meetup is the largest vegan social group in the world. Anyone interested in veganism can join; being vegan is not a prerequisite. There are always opportunities for vegan food and camaraderie at vegan supper clubs, festivals, weekend markets and more in London. The best way to stay up-to-date is to check the London Vegan News and Events Facebook page.

Whether you’re looking to meet other vegetarians and vegans, load up on food at a weekend market, dine out in style in a fine dining restaurant or grab a quick bite in a casual setting, London will not disappoint. With a diverse city of this size, there’s something for everyone, regardless of whether you’re looking for a healthy smoothie or a deep-fried vegan mac and cheese pie.