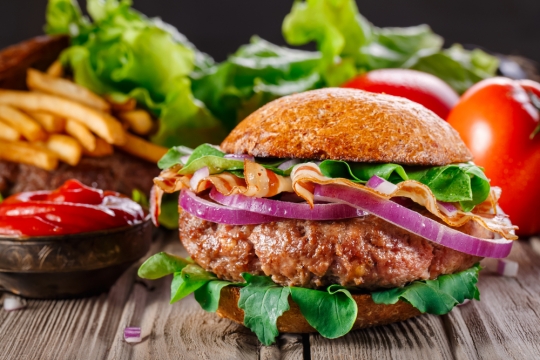 America is land of the free and home of the brave, according to the song at least. But what happens when Americans pack up their lives, leave the States behind and settle in the land of hope and glory?

One estimate puts the number of Americans living in the UK at 197,000. Whilst a large number of these are service personnel and their families, who are clustered around the runways of air bases in Suffolk, a great many more have settled in London.The big smoke has always been a brightly burning beacon, beckoning people to cross the pond. London is the ideal stepping stone for trade with Europe, for studying at internationally regarded schools or simply for a chance to taste the rich cocktail that is the capital’s multicultural metropolis.

Of course, home is where the heart is, and even though the UK has much in common with America, it just isn’t the States. Homesick Americans report a surprising amount of culture shock when first setting up in Blighty.

Although we both speak English, the British love of slang, swearing and age-old lexicon mean Americans often struggle to discern their ‘cuppa’ from their cockney rhyming slang and their pants from their trousers.

Beware of Brits inviting you for ‘a drink’. Americans may expect a casual chat over a single cocktail. Accurately translated, this phrase is an opportunity to watch the famous British reserve washed away with liver-pummelling amounts of beers, spirits and questionable choices.

Even those Americans who throw themselves wholeheartedly into life in London can find themselves longing for the US. There is nothing like the sights and sounds of home, but when you can’t get access to these, a taste might do.

A perk of British cuisine being famously awful is that Brits have enthusiastically adopted menus from around the world. This makes it possible to go around the world in 80 dishes, or to find a flavour that approximates the taste of home.
We’ve hunted out the top ten spots to find awesome American food in London.

The world is ringed by burger chains. It would be possible for Americans overseas to never have to eat something they couldn’t order at drive through back home.

A relatively recent arrival to the burger game in Britain is Five Guys. The chain’s first UK restaurant opened in the cultural heartland of Covent Garden in 2013, swiftly followed by 27 more around the country.

Five Guys is a step up from other burger chains, giving a chic diner aesthetic, a bigger burger and an invitation to linger over your fast food.

If you’re looking for a quick and dirty serving of Americana, Five Guys are the guys for you.

The clue is in the title.

America loves its sports bars, where multiple TV screens feed every sporting fixture into the room at once. Guests eat, drink and spectate several games in multiple sports all at once. This is in distinct contrast to the British pub, where soccer fans crowd in to crane their necks toward a single screen.

There are five Sports Bar and Grills around the capital, all close to big transport hubs, each offering fun and games – so many games! With a combination of TV channels, you can watch premier league football alongside a college basketball game.

Boasting a transatlantic mix of craft breweries and real ales, fine wines and funky spirits, these venues are a great place to party, not just watch the action on the pitch.

It might seem absurd to send Americans to an Irish bar to cure their homesick blues, but every Thursday, Soho’s O’Neill’s bar is overrun with American expats.

Numerous expat bloggers living in London have written that a night of Irish ‘craic’ in Central London is an essential American bonding activity.

This is a chance to meet others who are living overseas just like you. Great for business networking, making new friends and just letting your hair down, O’Neill’s is probably the most American Irish bar in Britain.

John Hughes’ 80s anthem to teenage angst and brat pack cool has become a cultural touchstone for nostalgic cool. So don your letterman jacket and too-cool-for-school smirk, and you too can take a bite of the 80s.

A growing chain of all-day breakfast diners that celebrate the power-dressing era, these restaurants are fiercely popular, meaning queuing for a booth is part of the experience.

American pancakes, Latin-inspired breakfast burritos and full English breakfasts with a Stateside twist all cater for those hungering for food as well as cultural time travel.

Some of the venues also conceal trendy cocktail bars behind secret doorways, so stay alert for people disappearing into fridges.

Sometimes you want to take the taste of home back home with you. The American Food Store on Ladbrooke Road boasts a bodega style feel and a bottomless supply of your favourite stateside snack.

From Butterfingers to Marshmallow Fluff, Twizzlers to Pop Tarts, all that junk food you’ve been missing can be found here.

Nestled in the heart of funky Shoreditch, the Blues Kitchen is exactly that, a melting pot for blues and jazz. From the delta to the windy city, America’s quintessential music is showcased at its best and boldest here; all served with burgers, fries, beers and tonnes of atmosphere.

With three venues in central London, you need never be too far from Nova Scotia lobsters or hickory-smoked Texan brisket. Food is only part of the party, with live bands pumping blues and jazz into the frenzied atmosphere.

Miles from Manhattan, this is the closest thing to a New York deli you can find outside the States.

Much like their American cousins, Panzer’s was established by Jewish refugees, promptly finding a hungry market for a wide range of quality produce.

Panzer’s now offers fresh sushi and luxury hampers, but if you are craving a cream cheese bagel or a jar of pickles, pull up a stool at the bar instore.

Soak up the atmosphere as the glitzy pageantry of NFL brings the larger-than-life fanfare of American sports to the capital’s sporting hub.

Each event is accompanied by the US’s favourite beer, snacks and sports merchandising.

The Hippodrome is a cavernous temple to good times and partying hard. With chances to splash the cash at the tables, slots and the bar, this is the closest you can get to Vegas on Britain’s shores.

The Hippodrome comes into its own for the super bowl and thanksgiving, when it becomes a place of pilgrimage for American expats. Even if you turn up on your own, you may be adopted by a larger group to party through the night and well into the following day.

Do you live in London? Where are your favourite places to find American food? Share your thoughts in the comments below, or answer the questions here to be featured in an interview!