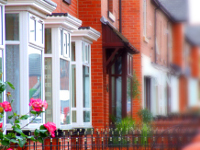 The cities, towns and villages differ greatly in the UK and those moving to the area have a large, personal decision to make based on their preferences, employment opportunities and the landscapes they prefer. The UK, on the whole, has it all on offer, from valleys and lakes to bustling cosmopolitan life.

The highest salaries on offer in the UK can be found in Kensington and Chelsea, the City of London, Westminster and Elmbridge in Surrey, although the cost of living and property prices in these areas are also much higher than other parts of the country. The City of London and other large cities in the UK, such as Birmingham and Manchester offer employment opportunities at senior levels, as these tend to be the hubs for business headquarters. Employment in the UK is highest in Ryedale in North Yorkshire and the Shetland Islands, where the rate is 86.1%, according to the fifth annual Quality of Life survey from the Halifax Building Society.The UK has been hard hit by the global economic recession, but areas, particularly the cities, are rebuilding and unemployment rates are now falling. Government spending cuts continue to hit the public sector massively, and it is areas of public sector-led employment that prove better options for expats looking for senior employment roles. For example, Aberdeen is one of the cities with high employment, increased average weekly earnings and skilled workers; Milton Keynes benefits from the boost in the UK solar energy sector and Leeds in the North is the UK’s second largest production centre outside of London and a leading centre for financial and business services.

The weather in the UK is generally mild, with moderate rainfall throughout the year and small, seasonal changes. If you are looking for sunshine, the options in Britain are limited but the Isle of Wight is the best place with an annual survey showing it is the sunniest place in the UK with an average of 37.4 hours a week. Scotland and other northern areas tend to be hit by harsher winters, including snow.

Urban areas suffer the highest levels of crime in the UK. The lowest burglary rates per household are in the Western Isles, and in terms of safety, there are less accidents on the roads in Scotland than anywhere else in the UK.

The UK benefits from the National Health Service (NHS), and it is not difficult to find a doctor or health advice in any part of the UK. According to research, life expectancy is highest in Kensington and Chelsea (84 years old), followed by Westminster (83 years) and Epsom and Ewell at (82 years). A good quality of life and an outdoors lifestyle can be found in areas such as the Lake District in the North and areas of Wales.

London (the city) has the eighth biggest economy in Europe, ranking above Sweden, Finland and Hungary (as whole countries). The capital of the UK is the world’s most ethnically diverse population. It is here that many expats find work and set up home. If you enjoy a cosmopolitan lifestyle, with lots of entertainment and employment options, a city such as London or Bristol in the south or Manchester and Leeds in the North may be the perfect fit for you.

Fresh country air, beautiful walks and scenery and the quiet life suits many expats and such areas are easy to find within a reasonable commute to the bigger cities.

According to the annual Sunday Times newspaper survey of the best places to live in the UK for 2013, Kendal, a town on the edge of the Lake District came in second (behind Stamford, Lincolnshire). Kendal is known chiefly as the ‘Gateway to the Lakes’ and attracts many tourists. It has low unemployment, with traditional industries enhanced by a number of IT and design companies. It boasts excellent schools and is easily accessible from the M6, with properties being affordable.

The best place to live in Britain is apparently Stamford in Lincolnshire, second Kendal in Cumbria, third was Wye in Kent and fourth was Thornbury near Bristol. The things that each has in common is the good road connections, low crime rates and reasonable house prices.

Areas of London hit the bottom of the list, with East London being called Britain’s unhappiest place to live in another survey by the housing website Rightmove and Croydon in South London being the worst for neighborliness.

The UK has a wide variety of areas to suit all needs of family life, with the real issue lying in just which area to pick.