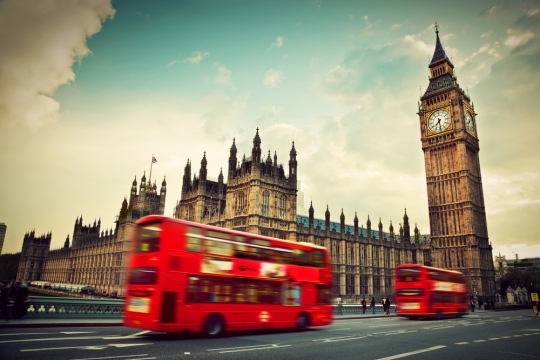 As an expat, the hardest part of moving to a new country can be the ‘settling in’ phase, along with everything that goes with it. This could include any number of things, but expats often have to deal with factors such as culture shock and language barriers. These are on top of all the practical, tedious things such as getting all the correct paperwork filled out and applying for any necessary permits or licenses and so on. And that’s before you can even start to contemplate the bigger picture of your life, like a daily routine and making friends.Yes, it can seem overwhelming! But it doesn’t have to be, because we’ve created this handy guide on how to settle in London if you’re a Chinese expat. We’ll give you our best tips on dealing with culture shock, cover some crucial differences between British and Chinese culture that you should probably know about, as well as offering some tips on settling in and making new friends.

You may experience a bit of culture shock when you first get to the UK; that’s perfectly normal. Culture shock can strike various ways, perhaps making you feel sad or anxious. If you feel disoriented and confused, or you’re struggling to get to grips with things a bit, here are some handy hints.

DO…
Learn as much about your new home country as you can before you arrive so that you feel a bit more prepared; find a healthy distraction when you feel bored or lonely; and push yourself out of your comfort zone to meet new people and forge new friendships.

DON’T…
Don’t be afraid to speak or socialise because you think your English isn’t good enough – the more you practice, the better it will get! Don’t be afraid to ask questions if you don’t understand something.

Differences Between British And Chinese Culture

The funny thing is about different cultures is that while some aspects of life will be very similar, others will surprise or confuse you. For example, in China and throughout much of Asia, slurping noises when eating noodles is perfectly normal, and in fact shows you are enjoying the food. However, in the UK, including London, making noises whilst you’re eating is considered rude.

You also need to know the rules on queuing and spitting! British people take queueing very seriously; it’s not acceptable to have a free-for-all where you push in front or just line up anywhere. Spitting in general, regardless of where you do it (even outside) is also considered extremely rude in the UK.

Another aspect of life in an English-speaking country that will probably vary from in China is the difference in formal and informal languages, such as greetings or addressing people. For example, how you would greet or address a teacher would be different to a shop clerk. It may be worth researching this beforehand, although it’s not likely to cause huge offence.

Something that is more likely to upset British people is asking personal questions such as a person’s age or marital status, which wouldn’t be considered rude to ask someone back home! Blunt statements about a person’s appearance – such as “you gained weight” or “you look tired” – are another example of something that comes across as highly offensive in the UK, but is commonplace just about anywhere in Asia and won’t upset people there.

How To Settle Into London Life

Get the practical stuff done first

First things first, get yourself sorted with all the practical stuff. Get this out the way as soon as you can so that you can start settling in stress free. For example, do you need to open a bank account? What about a National Insurance number? Do you need a phone contract? Get all of these things done as soon as possible to save you stressing about them later.

What does settling in mean to you? It could mean any number of things, but for many people it might be making their room or apartment feel homey by unpacking their stuff and maybe decorating a little. It may mean getting into a good routine, such as planning how you’re going to get to and from work, maybe having a walk around the neighbourhood and trying out some routes and seeing how long it takes you. Once you know how long the route takes, then you’ll know when to set your alarms for work.

You may want to look at local gyms and health clubs, to see if the facilitates suit you. If you’re living in shared accommodation, spend some time getting to know your housemates, and maybe suggest going for lunch or “drinks” – a very popular English pastime! Something important to remember though is no matter how busy you are, set some time aside to stay in touch with your friends and family back home.

How To Make Friends In London

If you’re too shy to strike up a conversation with absolute strangers, then online expat forums and websites such as www.meetup.com are a good way for you to meet other like-minded people. If you have a particular passion or hobby then you can sign up to local classes or get a gym membership where you also might meet people you can socialise with! Don’t be afraid to accept an invitation from colleagues or fellow students, or to invite others to a group get together.

We hope that this guide has given you an insight into life in London and British culture and will help you prepare for your move. We wish you all the best on your expat journey and hope you have a wonderful time in your new home.