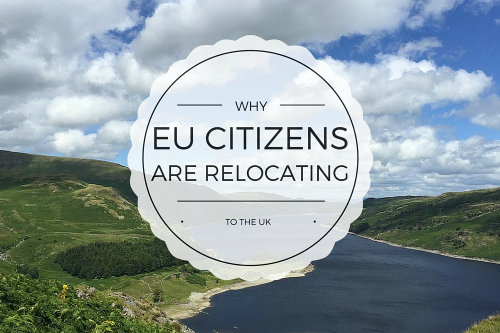 The United Kingdom has long been known for its vast cultural diversity; each year people from all around the world move to this country for work, business, study, or to join their family members. Over the last 20 years, the number of foreigners living in the country has more than doubled, from two million in 1993 to over five million in 2014, and the figure is only increasing by the year.The size of the UK’s foreign-born population also increased from around 3.8 million to 8.3 million for the same period.

People from the European Union contribute largely to these figures. From January to September of 2015, an estimated 257,000 citizens from different EU nations relocated to the UK for various reasons. The main member states that are driving the growth of the UK’s EU migrant population now also include Italy, Portugal, and Spain. According to a new commentary by the Migration Observatory at the University of Oxford, these three crisis-hit European nations rank alongside Eastern Europe’s accession countries, Hungary, Poland, and Romania as the members whose UK-based populations have risen the most from 2011 and 2015. These six nations alone have been responsible for approximately 80% of the growth in the UK’s EU-born population since 2011.

As the debate around the United Kingdom’s exit from the European Union continues, experts and authorities have been asking why this state has become such an attractive destination to other EU citizens. The commentary looks at the possible “pull factors” for expats, as cited in policy debates and the media. Some of the factors that are encouraging EU citizens to relocate to the UK are discussed below.

The fact that EU migrants have access to the welfare system in the UK usually dominates debates regarding the membership. The government argues that the country’s benefits have caused an “unnatural draw” for other citizens from the EU. Some analysts claim that the incentive to relocate can be reduced to a great extent if these benefits are restricted.

The counter argument put forth by other analysts is that welfare isn’t the major driving factor of the increase in immigrants as there is no direct way to measure the role of benefits in their decision-making. They believe that most migrants don’t receive welfare benefits and that there are other significant pull factors.

Migrants from the EU are less likely than their British counterparts to apply for out-of-work benefits like incapacity benefits and jobseekers’ allowance. In February 2015, EU citizens registered for a National Insurance Number made up about 6% of the working age population but 2.2% of the DWP working-age benefits caseload.

In contrast, immigrants from the EU have a higher tendency to claim in-work benefits like tax credits that help supplement the income of low-wage homes, especially those with children. Families with at least one EU national made up for 6.8% of the ones that received tax credits in March 2013. In the last several years most of the EU migrants to arrive into the UK have been single individuals and childless couples. The entitlements for in-work benefits are mainly aimed at people with children.

According to the Labor Force Survey (LFS), about 12% of the adults born in the EU were receiving tax credits, which is one of the key in-work benefits of the UK in 2015. Only around 10% of the people born in the UK received the same benefit. However, the LFS has been based on self-reported information and is believed to undercount tax credit claims for UK citizens. Nevertheless, the report indicates that only a fairly small percentage of the EU migrants are likely to receive them.

In 2015, around 71% of the EU citizens that relocated to the UK for a period of one year or more moved for work. Of them, a majority (58%) had a job lined up before making the move. It has been seen that people from across the EU have higher employment rates in the UK; this trend has been driven mainly by the citizens of the new member states. Men born in those EU countries that joined the EU in or after 2004 had a 90% employment rate, which is quite high compared to the 78% for UK-born men. For women, those born in the new member states had 75% employment against the 70% among UK-born women.

The economic condition of certain EU origin nations has probably contributed to the attractiveness of the UK to their citizens. Between 2011 and 2015, the maximum numbers of people relocating to the UK from the EU were from Poland, Romania, Italy, Spain, Portugal, and Hungary. While these nations made up 40% of the entire EU-born population in the year 2011, they were responsible for around 80% of the growth in the next four years.

Italy and Spain are long-standing EU members, and both have relatively high wages. However, the pay-scale is lower than the UK, which could be one of the reasons for people to relocate.

Experts claim that the flexible labor market has contributed to the relative ease with which migrants can find jobs in the UK, especially in comparison to countries with more stringent labor market regulations.

One of the biggest factors that drives migration across the globe is the wage gap, and this definitely applies to the United Kingdom too. Incomes in almost all parts of the UK are relatively higher that most other EU nations, particularly the Eastern European ones like Romania and Poland.

The disposable income of people earning in the UK is 1.8 times higher than in Poland and about 4.8 times more than in Romania. However, the incomes in both cases have been converging. The gap in the estimated equivalent disposable income in the case of Poland has reduced by almost half since the mid-2000s as the nation moves from 30% of the UK’s level (2007) to about 56% (2014).

By the year 2020, the minimum wage for workers aged 25 and above is expected to rise from £6.70 per hour to around £9.00 as the National Living Wage is introduced. This amount is slightly lower for workers between the ages of 18 and 25. Since a higher number of people born in the European Economic Area (EEA) countries take up low-paying jobs in the UK, they are more likely to be affected by this change in policy.

It is difficult to predict the exact effect the National Living Wage has had in making the UK Labor Market more attractive to prospective migrants from the EU. If the increase in minimum wage encourages employers to reorganize their workforce and lower their dependence on low-wage workers, EU citizens may find it harder to get jobs. For example, an organization may choose to cut their costs by mechanizing certain processes or hiring people with betters skills and qualifications.

In 2014, the Migration Advisory Committee pointed out that the flexible labor market with low costs to UK’s employers was the key factor that may have encouraged the demand for migrant laborers. The committee also stated that minimum wage enforcement has been very weak; based on the number of HMRC inspections conducted in the past, a firm in the UK can expect a visit from inspectors once every 250 years.

Apart from the economic factors highlighted above, there are other aspects of the country that make it more attractive as a destination for people from the EU.

The fact that English is the global language of communication in most of the EU nations means that most of the prospective migrants have at least some level of fluency in the language, while others value the opportunity to learn it.

Of the eight million foreigners presently living in the UK, three million are from the EU countries. This means there are well-established communities that can facilitate the whole relocation process by giving the new arrivals access to information about job opportunities, paperwork, and any other type of advice about living in the UK.

Evidence suggests that certain policies towards non EU-foreigners have given rise to employers’ demands for workers from within the EU. This has encouraged them to increase recruitment from EU nations, instead of looking at global alternatives. Since there are multiple factors that have an impact on hiring patterns, it is difficult to measure the extent of the substitution.

The demographics of origin countries play a major role in the migration of EU nationals. This includes the size of the youth population, which generally constitutes the age group most likely to relocate. In countries like Spain, Portugal, Italy, Poland, Romania and Hungary, this group is shrinking rapidly. Figures show that between 2006 and 2015, the 20-to-34 year old population declined by 15%, or 6.3 million.

In the case of countries such as Bulgaria and Romania, the “pent-up” demand for relocation after the opening up of the UK labor market may also be responsible for high levels of migration. However, this trend is not likely to persist for a long time. For example, with the A8 nations that joined the EU in 2004, immigration is now well below what it was when the citizens of those countries first got access to the UK labor market. According to the estimate by ONS, around 60,000 immigrants entered the country over a period of 12 months.

In the recent past, an increase in migration from some of the key eastern and southern European nations has occurred despite a decline in the overall number of youths. Since 2006, the population of 20- to 34-year-olds in Romania, Poland, Hungary, Italy, Portugal and Spain has done down by around 15%.

There are no single or universal pull factors that draw citizens from the EU to the United Kingdom. It is a combination of many different social and economic factors that has made it an attractive destination. This fact is highlighted by Madeleine Sumption, the Director of Migration Observatory at Oxford University, who is quoted as saying, “There is no single factor driving high levels of EU migration in recent years. Some drivers are likely to remain in place for some years, such as the relatively low wages in new EU member states, particularly Romania. Others could potentially dissipate more quickly, like high unemployment in Spain.” She has further added that in spite of the recent debates, the exact role of certain policies (e.g., welfare benefits and minimum wage) in increasing relocation is unclear, and migration may actually be more responsive to other factors such as economic growth and demographics of other European nations.

Moreover, it will still take a while to know how the National Living Wage may affect immigration. On one hand, the policy may increase the financial benefit of moving from a lower-income nation (for citizens) but on the other, it can cause employers in the UK to be less dependent on low-wage laborers, including those from the EU.

Overall, it is hard to know how long these pull factors will stay in place and have an impact on migration patterns. The availability of jobs in the UK as well as the strength of the economic recovery across the southern European nations is likely to influence EU citizens to migrate to the UK. However, the way in which these aspects are likely to interact and change in the future remains uncertain.