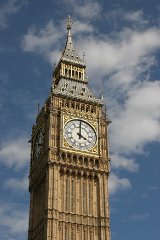 With over fifteen million citizens residing in the London metro area, and with the second largest immigrant population behind New York City also residing here, it would seem that London is far better served for expatriate socializing opportunities than most cities in the world. Indeed, its non-indigenous population comprises some 50 different ethnic enclaves, and means that one can hear around 300 different languages being spoken within the city boundaries.

In a widely read Guardian editorial attacking the nascent online newtworking culture, columnist Tom Hodgkinson claimed to “despise” Facebook, while wondering what was wrong with the traditional London networking forum, “the pub.” Hodgkinson probably speaks for millions of Londoners who would prefer the ambience of their local watering hole to the routine checking of Facebook updates.Pub-going culture in London, as it is in the remainder of the United Kingdom, is almost inextricable from social life, and provides as quick a way as any to familiarize oneself with the local neighborhood and with the cast of characters that populate it. These are available for every clientele and price range, with the more upscale establishments like Mayfair’s Dorchester being a good option for impressing one’s newfound or prospective friends.

For those who do not drink alcohol, British pubs are more diverse than many North American bars in terms of food options, and so a good (if not always heart-healthy) plate of ‘pub grub’ can at least be enjoyed while one’s companions are drinking. New pub-goers will also have to get used to the habit of leaving their favorite establishment earlier than they might like to, as they do not keep early morning business hours like U.S. bars do.

London’s copious selection of wine bars provide a more exclusive alternative to its network of pubs, with locations like Gordon’s in the Strand neighborhood offering a quieter and more romantic atmosphere for those times when raucous pub activity is the last thing on one’s mind.

The Call of Football

A working knowledge of the local football / soccer culture is another thing that can endear expats to their hosts, with more opportunities available if one has some skill in playing the game and can join in a ‘kick about’ on the weekend. Keep in mind that England, despite its small population size relative to the country of Brazil, has more registered football clubs within its borders than the South American football powerhouse does, which is a strong testament to just how popular the local game is.

So, if time and athletic talent permits it, trying out for a non-League side at the regional or sub-regional level may provide a fast track to local friendship and trust. Barring that, an enthusiastic support of the local club will provide one with ample conversational ‘icebreaking’ material (just be sure that you know where the club loyalties of your London hosts lie first, though, as the passions over this form of recreation can be quite intense.)

Participation as an observer of London’s eclectic arts scene, populated by thousands of creative class employees, should also not be passed up as a means of meeting and maintaining contacts without breaking the bank to do so. Though its greatest extravagances have died down somewhat, the Hoxton-Shoreditch area of the Hackney borough provides a fine, walkable area in which to meet youthful Londoners interested in fashion, ‘gallery hopping’ and other artistically oriented activities (habits which were acidly satirized in the 2005 comedy miniseries Nathan Barley.) The Bethnal Green and London Fields neighborhoods have a similar character since the early 21st-century period of gentrification that took place in these areas.

Speaking of culture, London is at the epicenter of a national music industry that is taken very seriously: it forms a significant part of the creative industries that generate £70,000 per minute for the British economy, and was instrumental in the “cool Brittania” revival of the nation’s international image beginning in the 1990s. This translates into a wealth of music venues in London catering to even the most obscure proclivities, with the Royal Albert Hall and O2 Academy in Brixton being national institutions where both mingling and top-flight entertainment are regularly on offer. From the most genteel pop music to the most paint-peeling noise, London clubs and concert halls bring together individuals from all socioeconomic backgrounds to enjoy dancing and new sounds.

Local dialect is an important thing to consider before beginning any social campaign in earnest. Though expats hailing from the remainder of the English-speaking world will be happy to relocate to a new country that doesn’t require the learning of a second language, they should disabuse themselves of the notion that there are no significant differences between London-speak and other English variants. The infamous Cockney dialect, said to be bestowed upon any Londoner born within the sound of “Bow bells” [the church bells of St. Mary-le-Bow], features a unique ‘rhyming slang’ scheme that can be puzzling even to speakers with an excellent command of English grammar and expressive nuances. While this may be a worst-case scenario for incomprehensibility within the city limits of London, expatriates should still take some time to familiarize themselves with the many contrasting spellings and alternate meanings that exist ‘across the pond’ from one another.