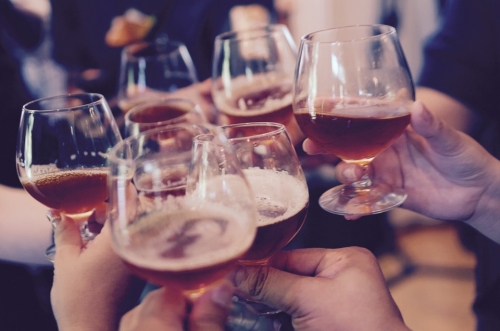 Moving to London as an expat is an exciting decision. The big smoke is where many new experiences are to be had and lots of new culture is yet to be discovered. Settling down in London as an expat is easier than many think. There are various ways to make new friends and find someone to go exploring with.Networking with other expats is an ideal way to form new friendships, and especially with regular group meetups, finding a London tribe will be easy. Scrolling through search engines, there are many different networking groups that are available to fellow expats. However, one site in particular, MeetUp.com, is dedicated to helping people find like minded people in similar situations.

London being the large city that it is, there is a big community of expats which make up these groups. Some of them have thousands of members. Below are five meetup groups you might want to check out.

The London Expat American Group is one of the largest meetup groups in London, with over 8,600 members. This group was started back in November 2002, and has been running for over 15 years. This particular group focuses on Canadians, Americans and those interested in North American Culture getting together to meet new people, exchange experiences, and make lots of new friends. The group comprises various professionals, international students, long term residents and those who are new in town. The group always meets in different locations within central London, which also encourages expats to discover the city at the same time. Having organised 256 previous events over the past 15 years, it makes for the perfect expat group.

London International Network is one the best meetup groups that brings together expats, travellers living away from home in London, and various citizens of the world. The group is based around meeting people and making new friends whilst learning English and other languages, or participating in various social activities.

London International Network hosts events that are typically quite casual. You can find events based in small cafes, coffee shops, restaurants, pubs and even libraries in central locations in London. Whilst these are the most popular events hosted by the group, there is also the possibility of organising various sporting activities, local festivals, markets and even overseas trips. The group was started back in January 2015 and has hosted over 120 different meetups around London.

Being an expat doesn’t necessarily mean only socialising with other expats. The locals, short and long term London residents, have some great tales to tell too. Socialise in London is a meetup grounp that is open to everyone. Expats, locals, travellers, holidaymakers and new Londoners from all walks of life form part of this group. There are no expectations or restrictions other than have fun and network.

Socialise in London meetup founder Sarah started it back October 2015 and now has over 2,400 members and 126 meetups under her belt. Each of the events are hosted by Sarah and her team, and events are organised with reserved areas and tables. This also means that people will be greeted and made to feel welcome as a part of her events, and encouraged to mingle and get to know each other. This meetup group also welcomes those who wish to attend on their own. Sarah explains that most of their members do arrive solo and leave with many new connections.

Expats Club is an expat-focused meetup group started by Raj Dan back in January 2014. The Expats Club is a large-scale, worldwide expat meetup club, with events all around the world. 54 events have taken place worldwide as a part of Raj’s extended group and 139 events in London alone with 3,800 people joining. Raj’s extended Expat Club group has over 115,000 expats that attend this events, so rest assured there will be something engaging and fun for all expats wherever you are.

Raj’s London-focused meet up group invites all expatriates and locals who are interested in interacting and socialising together. His group encourages interesting conversations and exotic experiences, which helps build new friendships and connections. Raj chooses his locations wisely in order for expats to discover more of the city through his meetups.

This expat group was started back in June 2016 and has hosted over 60 events since then. It is a great opportunity to learn more about other people’s cultures and obtain a deeper insight through other expats. This London expat group focuses on weekly get-togethers and social events which encourage expats to interact and communicate.

There are many other meetup groups, some based on where people are from, others based on different sports and activities.

Have you attended a meetup in London? Share your thoughts and recommendations in the comments below!