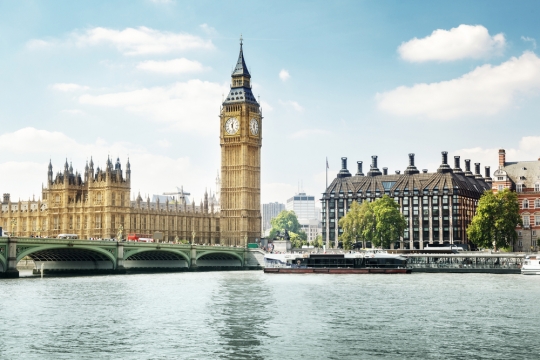 The city of London in the United Kingdom has a long history as both a world economic powerhouse and cosmopolitan cultural hub. Its primary airport, Heathrow, is one of the most important waypoints in Europe, its landmarks are recognized the world over, and it once stood at the center of the mind-bogglingly enormous British Empire. Now less a world-conquering command center and more financial nucleus of Europe, London plays host to large numbers of visitors and international residents. More than 36 percent of London’s residents were born outside the UK, and this huge, ancient city remains a top destination for foreign talent.However, migrating to the UK is a tricky proposition, particularly for the transgender people who want to become expats there.

The UK is historically more open than most of Europe to migrants living in its midst, especially in London. Entering the UK typically involves acquiring a visa from the nearest embassy or similar visa processing point. This requirement is eased or even waived for residents of much of Europe and certain former British colonies.

The United Kingdom grants long-term residency using a “tier” system that privileges fluent English speakers, wealthy people, and those with in-demand job skills or the ability to start their own businesses. Depending on one’s position within this system, one may need the sponsorship of an employer to remain.

Those who stay longer than six months must acquire a Biometric Residence Permit (BRP), a document that serves as a national ID card for migrants and grants access to national and other services. Meanwhile, those who wish to move to and from countries from which the UK expects a visa will need a Returning Residents Visa (RRV) as well. The BRP doubles as documentation of permanent residency in the UK once a migrant gains this status.

These steps can be difficult for transgender expats. Any mismatches in existing documentation can complicate gaining the required visas and permits, and each new piece of paperwork is something else that must be reconciled if one’s legal name or gender marker changes. In most cases, the British authorities will not allow British documents to change if there are foreign-issued documents that remain as they were before.

So, an expat whose home-country passport still reflects their old name and birth-assigned gender will usually be required to maintain their British immigration and identity documents with that name and gender marker. However, expats who can prove that their home country would not grant such a change can amend their British documentation, up to and including a British passport if they acquire one.

Although this can be literally lifesaving for people from trans-hostile countries, it is small comfort to people from countries that make amending documentation difficult rather than impossible. Therefore, getting one’s papers in order with one’s new name and gender marker in advance is always a good idea if at all possible.

London is one of the most expensive cities in the world, although the southern and eastern neighborhoods are generally a little less financially daunting than the rest of the city. Low rents are often a sign of barely habitable accommodations put up for rent by unscrupulous landlords looking to wring a little more cash out of their holdings, up to and including storage sheds set up indoors.

Having a local friend to help navigate the search for a home is a good idea, and is often necessary to avoid discriminatory housing and employment situations.

The UK is famous for its National Health Service (NHS). This system means that healthcare within the country is socialized, covered by national taxes. Some forms of healthcare, such as prescriptions and dentistry, are only partially covered. The NHS has suffered from chronic underfunding under conservative governments hoping to increase the role of private healthcare in the country, and is currently experiencing a staffing crisis due to the flight of medical personnel from elsewhere in the European Union.

These factors mean that wealthy residents sometimes acquire private insurance and visit private healthcare centers with shorter waiting lists. Helpfully, however, access to the NHS is not limited to UK citizens, permanent residents, or other tiers of legal status. Instead, anyone who can prove that the United Kingdom is their ‘habitual residence’ can access healthcare through the NHS at no or minimal cost.

In addition to acquiring hormone replacement therapy and access to NHS-funded surgeries, navigating the gatekeeping process grants a Gender Recognition Certificate (GRC), which is required to update official documents. Fortunately, expats who can prove that they have completed certain transition milestones outside the UK can acquire a GRC without having to navigate the entire British clinical process.

London, and the UK in general, shows two faces to the outside world. The United Kingdom has long presented itself as a progressive, forward-thinking place, with its NHS and its early recognition that same-sex unions should not be treated any differently from any others.

For a long time, the United Kingdom was one of the most openly accepting countries in the world for transgender people, allowing access to surgeries and to document changes far earlier than most would imagine. However, these rights suffered a reactionary contraction in the 1970s and 1980s and have only recently begun returning to that previous norm.

Transgender people gained the right to change their documents in 2004 and 2005 as a result of legal decisions undertaken by the European Court of Human Rights and the 2004 Gender Recognition Act, and protection from discrimination in a series of decisions spanning 1999 to 2010, but these protections do not include the right to access spaces designated for one’s attested gender.

The gaining of these rights required EU intervention, in part because British attitudes toward transgender people are consistently unwelcoming. More than half of Britons believe that discrimination against transgender people is at least sometimes justified, and large majorities believe transgender people should not hold positions of authority, particularly over children (such as teaching).

The city of London is actually less accommodating than most of the United Kingdom in this matter, according to recent surveys. This is despite it being the location of numerous important services for transgender people in the UK and being where local transgender people often relocate after facing discrimination elsewhere in the country.

The UK in general and London in particular is especially hostile to the notion that children who are transgender should be allowed to express their gender identity and receive puberty-suppressing drugs until they are ready for hormone replacement therapy, paradoxically maintaining that children are too young to choose a different puberty, but not too young to ‘choose’ the one their bodies are imposing. Londoners’ attitudes toward trans children are usually focused on the imaginary risk that cis children will be somehow compelled into gender transition if trans children can access affirming care; this general sense that trans people are predatory or a danger to children provides unwelcome subtext to many public conversations.

Migrant communities often permit levels of anti-LGBTQ violence against their own members that would shock outsiders in the name of ‘multiculturalism.’ Even normally progressive, left-leaning British publications such as the Guardian regularly host anti-trans writers and essays, which repeatedly claim that trans women are “men invading women’s spaces,” among other damaging falsehoods. The trans-exclusionary radical feminist (TERF) movement has claimed London as its de facto world headquarters, thanks to widespread institutional support for anti-trans ideas, and has used university platforms to make and keep rights and recognition for transgender people controversial within the UK and elsewhere. The situation in the UK is becoming so dire that New Zealand has accepted at least one British transgender woman as a refugee on the basis of the treatment she could expect if forced to return to the UK.

The UK’s impending departure from the EU is the elephant in the room for transgender expats in London. The European Union’s Court of Human Rights was part of how trans rights in the UK have gotten as far as they have, and the EU’s own anti-discrimination rules currently render impermissible any retraction of the UK’s own protections for trans people. The xenophobic, reactionary impulses that led to the Brexit vote correlate strongly with hostility toward LGBTQ people. If the UK actually does leave the EU, not only will movement into and out of the UK become more difficult for people from numerous countries, but the trans-hostile UK is likely to begin rescinding some of these protections, most likely starting with NHS coverage for trans-specific healthcare. Brexit has the UK’s transgender community very worried.

London is an amazing city. As a cosmopolitan window on the world, it offers food, culture, and business opportunities unparalleled on the planet, and its huge size means that one is never done exploring. Moving to the UK is not as difficult as some other countries, making it a tempting target for would-be expats. Unfortunately, the UK’s laws are far less accommodating of transgender people than they should be, and its people even less so. This is likely to get worse as the UK’s exit from the EU runs its course and bears a fallout.

Many British transgender people are contemplating their permanent departures from home, making a migration to London in the current climate a hard move to recommend. The risks an internationally-born transgender person face in London are great, but for some, that is offset by the opportunities this impressive city can offer.