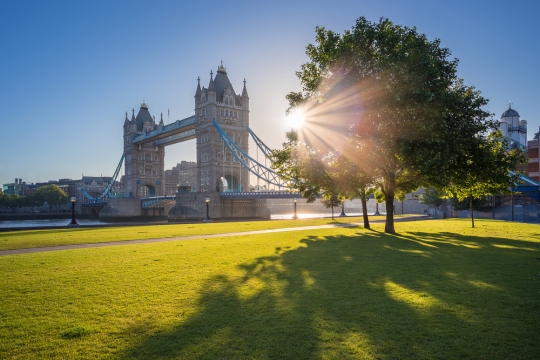 Moving to London can be a daunting prospect. London is a densely populated city and English people have a reputation for being notoriously hard to read. We’re not an unfriendly bunch, per se, but we’re possibly not the most approachable either! In public situations, particularly with strangers, the uninitiated may often find themselves making a bit of a social faux pas. These awkward situations may not have dire consequences but can leave you feeling a bit embarrassed. To the English, a public humiliation is on par with social death. You may perhaps not even feel it, but everyone around you will be cringing inwardly in silence.We’ve created this guide to the unwritten rules of life in the capital of the UK to get help you get your head around what makes the English tick, and how you can avoid making a fool of yourself!

Commuting is an essential part of London life. Whether it be on the bus, tube, or train, you’ll probably find yourself regularly commuting to work. There are a few things that you should know about commuting in London.

English people tend to value personal space and will attempt to sit as far away from each other as possible. Of course, it can be impossible to avoid others on packed commuter tubes during rush hour. However, you may get on a train and notice that most people will sit in one section by themselves. If there is enough space on the train, tube, or bus, try not to sit directly next to someone as they may find this uncomfortable! Usually, if there is some space, English people tend to position themselves opposite or diagonally opposite other commuters.

You will also notice that some people place their bags on the seat next to them; they are unlikely to be reserving the seat for anyone, but rather are trying to fend off unwanted people encroaching on their personal space. If there isn’t anywhere else to sit, you are completely within your rights to say, “excuse me, is this seat taken?” or “could I please sit here?”

English people don’t tend to make direct eye contact with strangers, including fellow commuters. If you are caught staring at someone, the person may become suspicious, and may react by staring back or asking if they can help you. Most people on the tube tend to read books or newspapers, or look at their phone, so you may want to do the same. If all else fails, look at your feet! 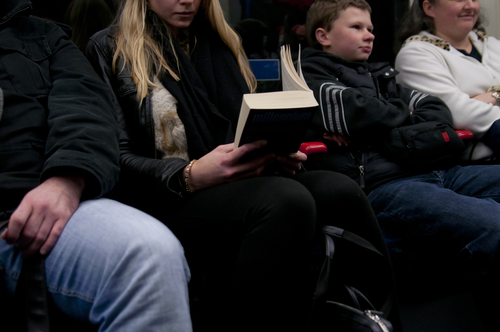 People tend not to make eye contact on the underground

In general, commuters don’t tend to chit chat with each other, but if you feel the overwhelming desire to attempt making small talk with an English stranger whilst on your commute, keep it short and talk about small subjects such as the weather, how utterly ridiculous the train delays are or the extortionate ticket prices.

Walking Down The Street

Chances are that if you’re from outside Southern England, even just from further up North, you’ll be used to a slightly different social dynamic. You may think nothing of a cheery conversation with a stranger; after all, a stranger’s just a friend you haven’t met yet, right? However, things can be a bit different in London.

Again, English people don’t tend to make eye contact with people they don’t know in the street. In many other countries, looking a stranger in the eye and smiling as you walk past is considered kind, respectful and friendly. In Southern England, it may be greeted with confusion.

If you do happen to make eye contact, you might want to simply nod and say “morning/afternoon/evening” or “good morning/good afternoon/good evening” as you pass. Overly excitable greetings to strangers such as “Good morning! What lovely weather! Have a wonderful day!” are likely to be met with confusion.

If you bump into someone, nearly do so, or if someone bumps into you, both parties usually mumble an apology or exclaim “Sorry!” The same is applicable for if you reach a queue at the same time as somebody and you’re not sure who should go first.

Encounters with your neighbours, interacting with your work colleagues and going out also have their own rules in London.

Neighbours often tend to be close in proximity in London due to lack of space, but do not tend to be close in terms of socialising and personal relationships. That’s not to say you definitely won’t get on with your neighbour or potentially become friends, but is not really the norm outside of close-knit village communities to purposely introduce yourself to new neighbours, invite them round, or invite them out with you.

A lot of English people tend to prefer keeping their work and personal life separate. It’s acceptable to organise team outings and events for work and to have work birthday drinks, but people do not tend to mix these events with their other social acquaintances. 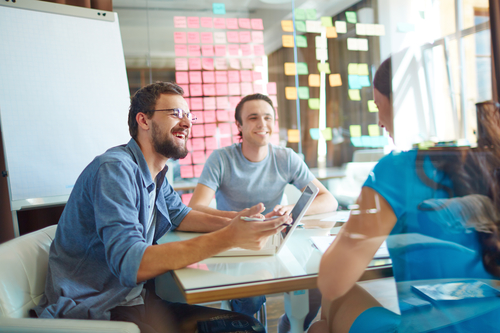 Keep things cordial but professional with your colleagues

Whilst occasionally you may find another kindred spirit in your office with whom you form a close friendship, in general the English tend to keep friendships out of the workplace.

This is completely unacceptable to English people. If a queue has already been formed, graciously join the end without complaint. If you happen to arrive at the end of the queue at the same time as someone else, be polite and offer them the chance to step in front of you to avoid a confrontation about who arrived first.

The Brits really do appreciate good manners. If someone holds a door open for you, make sure to thank them and hold the door for someone else next time.

If you do not know the person you’re talking to very well, then questions about how much they earn, why they don’t have children or why they are single will not be well received and will brand you as nosey at best or rude at worst.

If someone in the UK asks if you want to go for a drink, this will mean something alcoholic! If the intention was not to drink alcohol, then you would specifically be asked if you want to ‘grab a coffee’. Therefore, when extending invitations, bear this in mind to avoid confusion and disappointment.

If someone makes a joke about you that offends a little, that may mean they consider you a friend. Sarcasm and dry humour are something the Brits are well known for and this is often a sign of affection within this culture.

We hope this tongue-in-cheek guide on moving to London and the unwritten rules of the capital has given you an insight into the British humour, and some food for thought on the social situations that you are likely to encounter!

Do you have any other tips to add? Share your thoughts in the comments below, or answer the questions here to be featured in an interview!