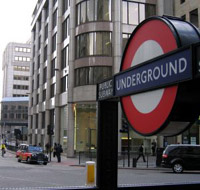 London is a major international banking and financial hub, has the highest concentration of universities in Europe and is one of the most visited cities in the world. There are so many reasons that make the city such a great expat destination. Here are some of them.

Londoners come from different nationalities, ethnic origins and financial backgrounds. Also, there are above 300 languages spoken by the city’s current population. In fact, the city has one of the most multicultural societies in the world.This was evident when the London Olympics were held in 2012 and it was found that every competing country had some of its inhabitants living in the city. Londoners have the opportunity of participating in a number of different festivals like the Chinese New Year, Diwali, St. Patrick’s Day and Christmas. London’s vibrant culture can be seen in popular hotspots such as Green Lanes in Haringey where you can find delicious Turkish food; Ridley Road in Dalston where the population consists of a mix of Turkish and West African people; and New Malden, which is London’s very own Korea Town. Such cultural diversity encourages a tolerant society that is rooted in co-existence. If any racial crimes or offences do occur, they are dealt with stringent punishment.

Almost 40 percent of Greater London is covered by green spaces like gardens, squares, parks and even cemeteries. These are public spaces where people often go to escape the traffic and noise of busy city streets. Springfield Park is one such green haven with 40 acres of well kempt gardens and conservation spaces for rare plants, butterflies and birds. There’s also a café serving fresh fruit juices and homey delicacies. The Tower Hamlets Cemetery Park is another popular destination. It was closed for burials since the 1960s and is now a woodland park and nature reserve. Then there’s the always-popular Hyde Park with more than 4000 trees, flower gardens, a lake and space for all sorts of activities like boating, skating, swimming and cycling.

The London Underground is the oldest and largest underground rail system in the world. It consists of 11 lines that connect to most locations in the city. Travelling by the Tube is a quick and convenient way to get around, although it does tend to get crowded during peak hours.

There are other options of public transport too. The bus system is efficient and there are more than 700 bus routes covering different parts of the city. Travelling by bus is easy and also enables you to see more of the beautiful city. Other ways to get around London include the Light rail services, National Rail, London Overground services, tram and the London River Services, which operates river bus services along the Thames River. Another plus point about living in London is that it is a walkable city and it is possible to get from one point to another in under an hour, or even half an hour without tiring yourself out.

It is easy to travel from London to any European destination. The city has six international airports and many budget airlines that fly around Europe. This journey is also quite convenient by train. The Eurostar high-speed rail network links the city with France and Belgium and also books onward tickets to other European destinations.

You can find accommodation to suit your budget and lifestyle in London. You can choose to live in the bustling center of the city, which is well connected to everything and always alive; or you can opt for the quieter suburbs, where many expats choose to live with their families. There are also the art and culture hotspots and the ones with a thriving nightlife. Real estate prices vary considerably depending upon the location. Apartments located in the areas near the city center are more expensive and also much smaller. As you go further away from the city center, more spacious homes are available and at lower prices, although these may involve a longer commute to work. Since the city has an excellent public transport system, getting around from place to place is quick and easy.