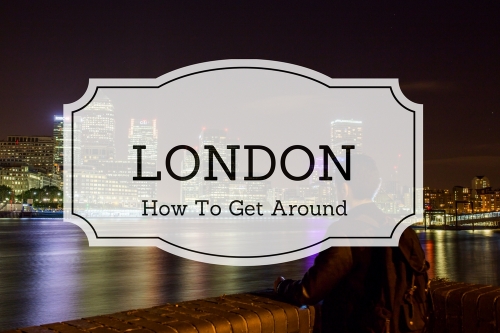 London is a highly populated, multi-cultural city with an effective public transportation system that helps people get around the capital.

Expats may be looking to enjoy a thriving theatre and concert scene, art galleries, large inner-city parks, impressive architecture and other world-class tourist attractions in addition to travelling across the city for work.While London’s public transport system of buses and underground is impressive, in the rush hour a commute can be a less than enjoyable experience. It’s also worth highlighting that those who opt to drive around London by car will find a city with roads that are clogged with heavy traffic.

In addition, the train network covering the south east and London is extensive, well run and delivers huge numbers of people where they want to go.

For those interested in travelling by train, National Rail oversees the railways and has a website detailing the timetables and train fares.

In addition to the railway network in London, it’s also very easy to travel to other parts of the United Kingdom by train. Indeed, even Brits find travelling by train much easier to get around the country than it is by road, for instance.

Train tickets can be bought at any train station kiosk, though there is a trend for smaller stations to have automatic ticket machines. Passengers can also buy tickets online and pick them up at a machine at the station.

When travelling by train, expats can also use discount cards such as a Young Person’s Railcard, which is aimed at those aged under 26. Fares are also cheaper when booked well in advance or for travelling during off-peak hours.

For expats who need to travel to work, a season ticket is often a good investment and will allow travel on trains for a period of between seven days, a month and one year; prices vary depending on the routes being travelled.

London also has an extensive bus network. There are many bus only lanes, which cars and lorries are not allowed to enter. This means buses often make progress more quickly than cars do.

Buses are also frequent and cheap to use, and many expats will be pleased to know they are generally double-deckers in the capital though they tend not to be the more famous Routemaster type which feature in old films and TV series. However, the new style of double-decker buses are not only futuristic but often come equipped with free Wi-Fi connectivity and they are a great way to see historic sights that an expat might otherwise miss.

Buses do not accept cash, so you will need to buy an Oyster card from a station or newsagent, or use a contactless bank card, to pay.

Travel around the UK for a low price

It’s also possible to travel on long distance buses, known as coaches, which travel around the UK for a low price and expats can use them for travelling into the centre of London or across the capital.

The main provider of coaches is National Express. Their fares are reasonable and the coaches are rarely full. Tickets can be bought at bus terminals, online or often on the coach itself.

Another popular mode of travel in London is cycling, which is particularly popular in rush-hour since cyclists can cover distances more quickly than cars – for expats moving to the UK this is not an understatement and will become apparent should they need to drive in the capital during rush-hour, or, indeed, at many other times of the day.

London has an extensive cycling network that consists of cycle lanes which are painted onto the roads though cyclists need to be wary of drivers ignoring these lanes. Some cycle lanes are also painted onto the pavements so they are shared with pedestrians which brings its own risks.

There’s also a network in London to hire bikes. There are around 10,000 cycles available and the local authority has a system of offering cheap cycle hire but expats will need to register with them first; the bike banks are dotted around the capital and they can be borrowed easily and then returned to another bike bank. It’s a great way to see the capital and there are 700 of these docking stations to choose from.

It’s also possible to take bikes onto the tube and trains, though restrictions may apply particularly in rush hour.

Speaking of iconic images, along with the traditional Routemaster double-decker, the black taxi cab is a recognisable icon in London and expats new to the city need to appreciate that there are two types of taxis available.

Essentially, a black cab is a metered service which means it can be hailed in the street and there are lots of them in London which are available around the clock and are easy to find. Travelling by London taxi is probably the easiest mode of transport, but they are a lot more expensive than travelling by bus or Tube.

It should be appreciated that the black cab driver has had to undergo a strict and extensive test of their understanding of London’s streets – the test is known as ‘The Knowledge’.

Black cabs that are available for hire will have an illuminated orange sign on their roof and a ‘For hire’ sign in their windscreen. To stop one, simply wave at the driver to get their attention.

The other type of taxi available in London is a private hire taxi. These cannot be hailed in the street and must be pre-booked though expats could visit a private hire office and jump into an available taxi. These taxis are also cheaper to use than a traditional London black cab. The rise of Uber, a car sharing facility, also provides Londoners with cheap transport.

Many expats moving to London may be hoping that they will be driving a car to get around the city, but the comprehensive public transport system and the sheer numbers of cars on the roads means this may not be the best choice.

The volume of traffic will also explain why many Londoners do not own a car.

However, should an expat be looking to travel to the outskirts of London or to the countryside around it, then owning a car becomes more attractive. Expats should also appreciate that traffic drives on the left-hand side and most cars have manual transmission rather than an automatic gearbox.

Expats looking to hire a car in London and who may not be familiar with a manual gearbox, or stick shift, should remember to specify an automatic gearbox for their hire car.

It should also be appreciated that the standard of roads in London is generally very good and there’s lots of signage to help people get around safely; the UK also has what are considered to be the safest roads in the world.

Another downside to driving a car in London is that parking is not only difficult to find but can be very expensive as well. There is also a congestion charge for driving in the centre (though electric cars and low emission vehicles are exempt). In addition, petrol tends to be expensive – and will certainly come as a shock to US expats and those from the Middle East, in particular.

Rather than owning a car, expats also have the option of joining a car club, which are growing in popularity. The expat is able to simply book a car whenever they need one and pick it up in their neighbourhood. These tend to be cheaper in the long term than hiring one.

Possibly the most popular way for expats and Londoners to travel around the capital is by London underground, more commonly known as ‘The Tube’.

The network is extensive and has 270 stations along 11 underground lines; for ease of access and for getting around London, the tube offers the best of both worlds.

Travelling on the tube is also cheap and the network is broken down into nine separate zones with one and two being central London and the rest of them then working outwards to the outskirts of the capital. The further out the zone, the more expensive travel will be.

Expats need to be aware of these zones because these are how the fares are structured and the main stations have manned ticket offices as well as automatic ticketing machines. Not buying a valid ticket or trying to use one in the wrong zone may lead to a fine.

It is also recommended that expats get themselves an ‘Oyster Card’, which is a card that can be topped up with credit and is the most cost effective way of travelling on the tube since it charges the lowest possible price for travelling.

Oyster cards can be acquired at underground stations and online. A £5 deposit is required, after which they simply need charging with credit to be valid; the charging points are in tube stations and they can be charged online and in many newsagents.

Along with the underground network, there’s also the Docklands Light Railway which runs to and from Canary Wharf, the Isle of Dogs, Greenwich and Tower Gateway in the west. The railway was started to serve the redevelopment that took place in the Docklands area and also takes in London City Airport and the City of London financial district.

Also, expats looking to move to London will also get to enjoy Crossrail which is a new railway network for London and the South East which will offer better connections and faster journey times. The aim is to create better direct travel opportunities across London and make travel easier.

A large part of the infrastructure has already been created; the tunnelling for instance began in 2012 and has now been completed with construction progressing on stations and the railway track itself. Crossrail will officially open in the middle of 2017 and will offer fast and cheap travel around the capital.

Also, the River Thames running through London means there’s the possibility of using riverboats to reach various destinations along it. Indeed, the expat could use their Oyster Card for travelling on Thames Clipper boats as part of their journey planning.

Finally, the easiest way to travel, especially in central London, is to walk. Unlike most other ‘world cities’ the centre of London is compact and various attractions can be reached within 20 minutes on foot.

Not only is it a healthier and cheaper form of transport; it also opens London up to sights and views many visitors may miss if they travel everywhere on other forms of transport.