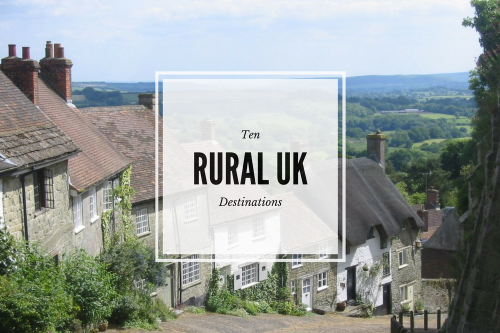 The United Kingdom is renowned for several factors such as its cultural diversity, employment opportunities, infrastructure, healthcare facilities, education, social tolerance, benefits and high standards of living, just to name a few.

Foreigners moving to the UK are often drawn to London or some of the other urban areas such as Birmingham, Leeds, Glasgow, Sheffield, Bradford, Liverpool, Edinburgh, Manchester and Bristol for various reasons. Predictably, life in these cities is relatively fast paced, with a lot to see and do.Moreover, you are likely to enjoy better career and business prospects in one of these places. At the same time, the cost of living is also higher in the bigger cities compared to the smaller towns or the countryside.

However, a recent survey conducted by the popular magazine Country Life showed that almost 80% of Britain’s population aspires to live in the scenic countryside but only around 20% actually do so. In the last few years, many locals and expats have taken steps to swap their urban lifestyle for a rural one.

Country living definitely has its own charm and advantages; the smaller communities in British villages are often known for their hospitality, friendliness, warmth and quintessential eccentricity.

Like in many countries, real estate in the rural areas is much cheaper and many people can therefore afford to purchase their own property. Moreover, they get a lot more space for a smaller amount than they would in the city. While residents in the city are used to living in flats or terraced houses, those in the countryside generally enjoy bigger houses with their own private yards and gardens.

So if you are planning to relocate to the UK in the future, you may want to consider settling down in one of these rural locations. 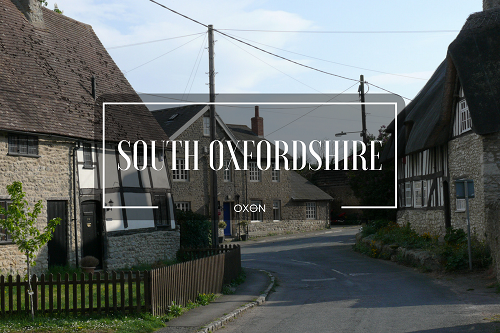 According to a recent survey conducted by Halifax, South Oxfordshire is the best place to live in, as it ranked as the number one rural region in the whole country. This English district is home to villages such as Benson, Berinsfield, Chalgrove, Chinnor, Cholsey, Dorchester, Ewelme, Goring-on-Thames, Lewknor, Sonning Common and Wheatley. Around 50% of the population is based outside of its 4 major towns, Didcot, Thame, Henley and Wallingford.

South Oxfordshire ranks the highest in terms of living standards. The residents rate themselves as very happy and content; they claim to have a high level of satisfaction in life without a great deal of anxiety. 97% of the adults claimed to be in good health. The life expectancy of the men is 81.7 years and of the women is 84.7 years.

Since the district isn’t too far away from London, residents can also enjoy the financial benefits of working in the city, while at the same time maintaining their economical rural lifestyle.

For more information on moving to and living in South Oxfordshire, click here. 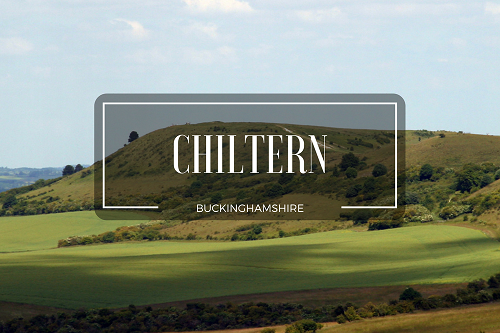 Located in South Central England, Chiltern is one of the 4 local government districts in Buckinghamshire. It gets its name from the popular Chiltern Hills. Its most prominent towns include Chesham and Amersham. Classic Chiltern villages are Hambleden, Stonor, Skirmett, Fingest and Turville, known for their scenic beauty, but the most coveted ones include Chalfonts, Coleshill and Penn.

The district is well known for having the highest proportion of home ownership among the 18 local authorities in Buckinghamshire, Bedfordshire and Hertfordshire. Chiltern has consistently ranked well in terms of the best quality of life in rural Britain.

Areas in this district have become increasingly attractive as they offer a fairly easy commute to London Euston (30 minutes or so). Moreover, Buckinghamshire is known for its excellent grammar schools, which are quite close to Chiltern. Crossrail services are expected to start in the year 2019, giving people in more villages easier access to the bigger cities. This means that in a couple of years the residents will be able to enjoy living in the pretty villages of southern Chiltern and can commute to the city without changing trains.

Residents of this area enjoy an active social life, especially the foodies. Some of the villages have a number of popular, Michelin-starred restaurants.

Log on to chiltern.gov.uk for more information on living in Chiltern. 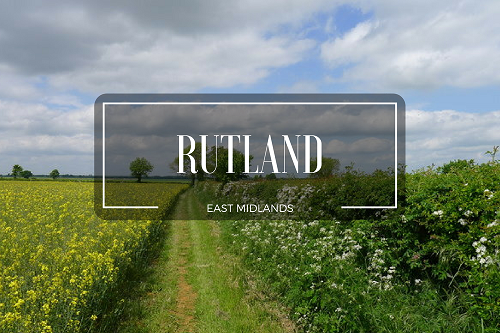 People living in the picturesque, landlocked county of Rutland claim to have the highest quality of life in rural Britain. It is therefore no surprise to see that it consistently ranks among the top places to live in. The factors that make Rutland so great include good healthcare, high employment rates, and low crime rates. More than 96% of the locals say they enjoy good or at least fairly good health. The average earning of the employed residents is around £ 626 (US $ 898.87, € 797.16) per week.

The only towns in Rutland are Oakham (the administrative center or county town) and Uppingham. There is a huge artificial reservoir called Rutland Water situated right at the center of the county.

In the last decade or so, the residents of Rutland have been reported to have the highest fertility rates and the most active lifestyles as compared to any other county. In 2012, Rutland was reported as the “happiest county” in all of the UK.

However, Rutland’s high quality of life comes at a price, as the average house prices are 6.7 times an individual’s average annual pre-tax income. This is higher than the national average of 6.2.

You can read more on Rutland here. 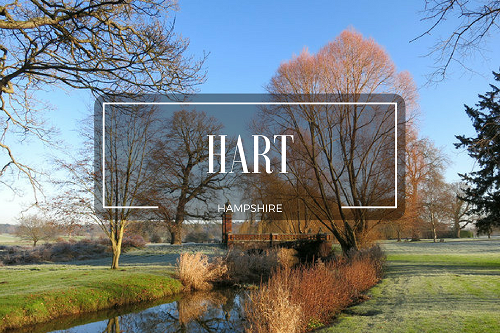 Also referred to as one of the richest and least deprived areas of the UK, the local government district of Hart is located in Hampshire. It gets its name from River Hart, which flows right through its center. Hart boasts of 4 busy towns and several unspoiled villages. The most popular residential and industrial areas are in Fleet, Yateley, and Hook Village.

For more than half a decade now, this district has been given the accolade of scoring very highly on a wide range of issues such as health, life expectancy, personal wellbeing, weather, housing, traffic, employment, and crime rates. The locals claim that they are among the happiest, most satisfied, but least anxious individuals in the country, who believe that what they do is worthwhile. More than 97% of the residents claim to be in good health. The life expectancy is 86.6 years for women and 82.4 years for men. Employment rate is at a high 84.5% and the average weekly income of an individual is £ 865 (US $ 1242.05, € 1101.50).

To know more about Hart as well as its different towns and parishes, log on to hart.gov.uk 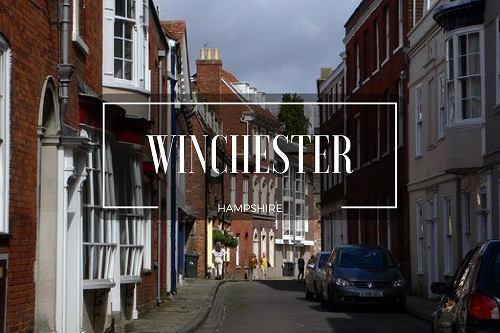 With a combination of leafy surroundings and a bustling center, this city and county town of Hampshire also ranks as one of Britain’s rural best in terms of employment, education, housing, education, crime rates, and overall environment. Moreover, this distract attracts thousands of tourists each year because there is so much to see and do here.

Unfortunately, this high quality of life comes at a high price. The cost of living in Winchester is considerably higher than other rural areas, especially when it comes to real estate.

For more information on moving to and living this district, visit their official website. 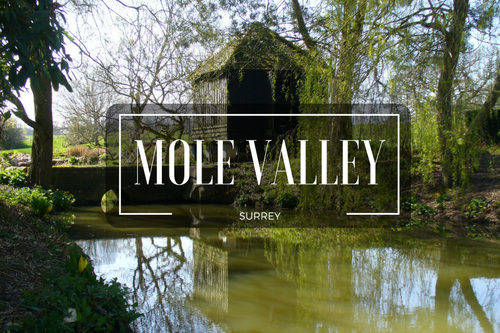 One of the prime factors that make this place among the best rural areas in Britain is its scenic countryside with low levels of pollution. It ranked highly in other aspects too, such as health, life expectancy, personal wellbeing, employment, housing and low crime rates.

The people enjoy a higher average life expectancy compared to the rest of the country, with 84.2 years for women and 81.0 years for the men. The residents of Mole Valley are known to be healthy, cheerful, festive and positive towards life.

To learn more about moving to and living in Mole Valley, log on to their official website. 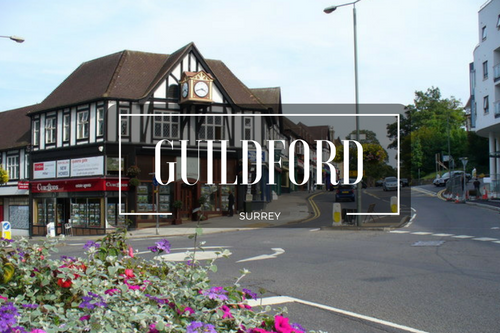 The biggest town straddling the River Wey, Guildford in Surrey has always been among the finest places in England. The new, bright, and modern facilities of this county town are in stark contrast with its beautiful, historic buildings. The entire setting is further complemented by granite paved streets, attractive parks, a theater, boutique shops, department stores, pubs, cafes and restaurants.

In the recent years, Guildford has gradually risen on the quality of life index because of factors like education, infrastructure and proximity to London. For more information on this county town, log on to the official website.

Some of the other rural places that ranked very highly in terms of quality of life are Waverley (Surrey), South Cambridgeshire, Rushcliffe, Wokingham (South East), East Cambridgeshire, St. Albans, Horsham, Mid Sussex, St. Edmundsbury, Eastleigh and Epsom and Ewell. It was interesting to note that most of the rural areas that ranked highly in the annual Halifax Survey were located close to big cities. This could mean that easy access to the urban areas is a requirement of happy countryside living.

Of course, living in the countryside has its own set of challenges. For example, there are fewer healthcare facilities and the transport system isn’t likely to be as developed as the bigger cities. The rural areas also have limited options for private and international schooling, business and employment.

Have you lived in a rural area? Did you enjoy it? Let us know in the comments!