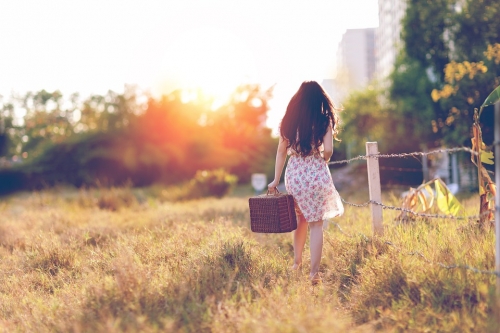 The United Kingdom, one of the top expat destinations in recent years, appears to have lost some of its appeal among migrants from across the world ever since the Brexit vote. According to a report published by the Office of National Statistics (ONS), immigration to this country has fallen to a two-year low after citizens voted to leave the European Union. The drop is an indication of fewer people entering Britain to study as well as an overall reduction in net migration.This decline is driven by a sharp increase in the number of Eastern Europeans, primarily Polish people, leaving in the wake of decision. While overall EU migration was pushed up to a great extent by a record number of arrivals from Bulgaria and Romania, the increase was partially offset by a nominal fall in the number of migrants from East Europe that entered the country.

The reports from the ONS churn numbers to arrive at the net migration, which can be described as the difference between people arriving and leaving the nation. For the first time in two years, this figure has fallen by 18% and has dropped below the 300,000 mark to 273,000. However, this is quite short of the Conservative government’s objective of reaching an annual figure that is less than 100,000. This has been their target for the last 7 years but they have been nowhere close to meeting it.

Over the last 20 years, immigration to the UK surged at rapid pace and as a result, the country has the highest percentage of non-native workers among all the EU members. Some British citizens have therefore been worried about work. In fact, migration had been a hot topic in the UK for a long time before the referendum, and was in fact one of the main reasons why a majority of the “leave” voters chose to exit the EU.

It was observed that between the months of January and September 2016, close to 39,000 citizens from the E8 countries (Czech Republic, Estonia, Hungary, Latvia, Lithuania, Poland, Slovakia and Slovenia) exited the UK. In the same period of time, about 10,000 fewer people moved to the UK from the same nations.

On the other hand, over the last 12 months, a record high of 74,000 people entered the UK from Bulgaria and Romania. Experts believe that this move was spurred by the attempt to relocate to Britain before any immigration deadline was imposed. 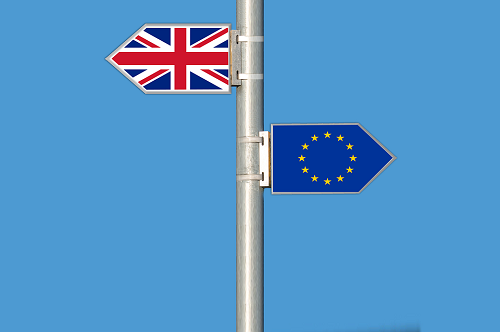 The British government insists that its clamp down on immigration is finally beginning to show some results, as seen in the ONS report. However, the biggest fall was in immigrants from other parts of the world, as the number of EU nationals from certain countries actually increased. Experts also believe that the uncertainty of the job market and the fall in the value of the Pound Sterling have made the nation less attractive as a place to work.

Theresa May, the current British Prime Minister, is under a tremendous amount of pressure to make good her claim of using the Brexit vote to bring the nation’s net migration to the target of “tens of thousands” as was first promised by David Cameron, the former PM. May has promised tighter controls on migration in preparation for the Brexit negotiations. She claimed that Britain will exit Europe’s single market for goods and services so the country is not under any obligation to allow EU nationals to work. Instead, the UK is seeking a completely new free-trade deal with the Union.

However, Brexit Secretary David Davis recently admitted that the UK is still going to need EU migrants from E8 nations to fill certain jobs for several years to come.

Seamus Nevin, Head of Employment & Skills, Institute of Directors believes that businesses and employers are bound to be concerned by signs of EU nationals leaving due to the climate of uncertainty. He stated “Signs that EU nationals are starting to leave because of the climate of uncertainty are worrying for employers and businesses. Free movement across the EU was clearly a major factor behind the Brexit vote, and businesses are well aware that changes to the immigration system are coming”.

Robert Goodwill, the Minister for Immigration, said that the fall in the number of outsiders moving to the UK is encouraging but it was just one set of statistics. He added that the authorities should not get carried away and must continue to make progress to bring down the figure so that it met the target using different measures. In his words,

“The fall in net migration is encouraging. But this is just one set of statistics and we must not get carried away. We will continue to make progress to bring down net migration to the tens of thousands. We will continue reforming routes to the UK from outside Europe and will use the opportunity to take control of immigration from within the EU as we begin Brexit negotiations in the coming weeks."

Goodwill opined that meeting the target of tens of thousands is going to be a long haul, as many of the policies required to achieve that goal can only be implemented after the exit formalities are completed.

Home Secretary Amber Rudd accepted that the government has a long way to go before it achieves its target but at the same time felt that the new figures are quite encouraging. She believes however that the actual impact of Brexit will only take effect when the UK completely leaves the EU, as immigration can then be controlled locally. In Rudd’s words,

“At the moment we have open immigration with the EU members, freedom of movement, so they can come and go as they want. I don't see any particularly significant change within EU migration. The real change will be when we leave the EU, and then we will be able to make the choices ourselves what level of immigration we want to have."

She clarified that Britain remains open for EU citizens who are already living and contributing to the economy by saying, “Let’s not be in any doubt that the UK will always be a welcoming place for people who want to come here, work here and contribute to our economy”.

An analysis published by Home Affairs Correspondent Dominic Casciani reiterated that net migration in the UK is down, but though the decrease may seem substantial, it is not possible to be sure about the exact reasons for the change. Casciani highlights that emigration has risen; a higher number of British citizens have moved to other nations and when this happens, net migration is bound to decline. Secondly, the change could also be due to the seasonal fluctuations in students seeking admissions in the UK.

Sunder Katwala, Director of a think-tank called British Future, claimed the figures were an indication that the debate around immigration would have to move on in the wake of Brexit. He stated, “A one-size-fits-all approach to immigration can’t help us make the post-Brexit choices that the government and the public now face”.

Details of the ONS Report

The numbers were calculated for the year up to September 2016 and were drawn up to include data from three months after the Leave vote. At the same time, the ONS cautioned that the reduction of 49,000 since its last release in the month of December 2016 is not necessarily significant. They claim that the figure is within the margin for error and it is therefore too early to predict the impact of Brexit on migration.

Nicola White, Head of International Migration Statistics at the ONS, issued a statement saying that this was the first release to contain long term international migration estimates that included data for the three months that followed the referendum. She said:

“Although we have seen a fall in net migration of EU8 citizens there have been continued increases in immigration from Romania and Bulgaria so it is too early to say what effect the referendum result has had on long term international migration. There has been a statistically significant decrease in non EU long term students immigrating to the UK while a small increase was seen in the number of study visas issued, it is too early to tell if this is an indication of a long term trend.”

Simply put, net migration is definitely down but while the decrease seems substantial, it is not possible to be sure about the aspects that have triggered the change. Very often, quarterly figures are influenced by a string of short term factors.

In contrast to what the ONS report indicates, according to figures released by the Home Office, citizenship was granted to more than 16,750 EU nationals, which is the second highest since 2013. This can be categorized into:

Some of the other points that were highlighted in the ONS report include:

While the reports are not necessarily indicative of any long term trend or outcome, the country has undeniably seen a considerable drop in the number of students that are taking up long term courses. According to statistics, around 134,000 people from across the globe moved to Britain to take up a long term course, which was 41,000 less than the previous year. The biggest drop was in the number of non-EU students, which fell from 87,000 to 31,000. 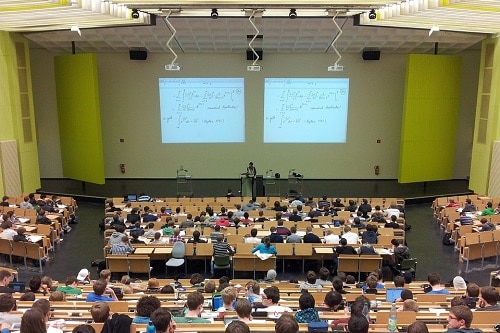 This pattern comes as a surprise since the UK has some of the best schools, colleges and universities in the world and has always been regarded as one of the best places for education.

All experts and reports are a clear indication that the net migration level in Britain has fallen but Brexit is not necessarily responsible for the decline. The exact impact of the UK leaving the EU can only be determined once the move is complete.