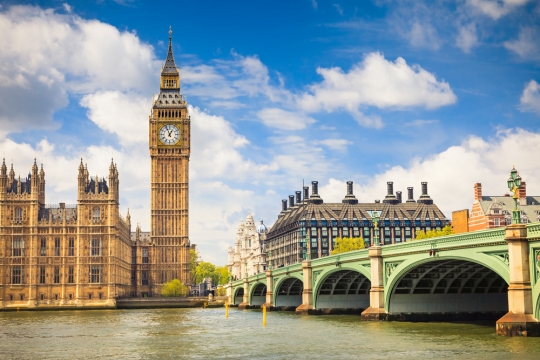 Has there ever come a point where you’ve wondered — have I been here too long? As an expat living abroad, you may start exhibiting clear behaviour and signs that are associated with a culture different to your own, which isn’t necessarily a bad thing! In fact, it’s part of the expat journey.

Many people find a kind of joy in suddenly realising that they’re blending in seamlessly in this new and foreign place that they’ve started calling home. Some of the habits you’ve picked up might even be downright hilarious, and you’ve not even realised that you’re guilty of these things that have unwittingly become part of your everyday life, until someone points it out to you.Well, we like celebrating all aspects of expat life: the good, the bad, the ugly and the downright hilarious. So if you’ve been living in London and wondered if you might have been here long enough to become a true local, take a look at our list to see how many of the points apply to you.

How You Know When You've Been In London Too Long

1. You are used to extortionately priced food and drink. When you go on on holiday somewhere and everyone says “ooh that’s really expensive!” you don’t even bat an eyelid because London’s prices are ridiculous and you have just accepted your fate and grown accustomed to them. A pint for anything less than a fiver is an absolute bargain in your eyes these days.

2. Slow walkers irritate you, because in London the streets are always busy, as are the people, and you have probably got somewhere to be in a hurry. A walker going along at a snail’s pace and taking up most of the pavement so that you can’t pass them on either side fills you with rage (which of course you won’t show, because you’re used to English manners and you’re passive aggressive now).

3. You are so used to Londoners ignoring each other that if a stranger makes direct eye contact with you, smiles at you or, god forbid, tries to start a conversation with you, you meet it with suspicion because it’s not normal protocol and they might very well be some kind of psychopath. 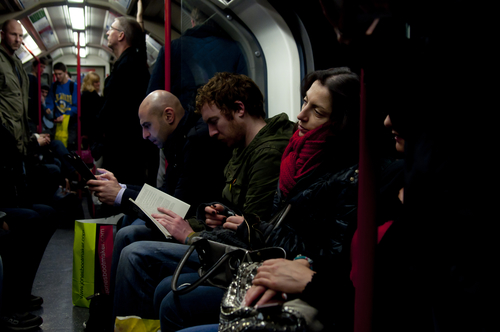 4. You have got used to English social life mainly centering around pubs. When someone extends an invitation to “go for a drink” you know immediately and without a shadow of a doubt that they mean alcohol consumption, and no longer anticipate that it may just be a civilised afternoon coffee that they’re talking about.

5. You find yourself saying “sorry” to people for the most arbitrary things, and you are not even quite sure why. You may accidentally bump into someone, have an awkward moment where you go to step in the same direction as someone, or you might just be trying to get through a crowd of people (“sorry, excuse me, sorry, sorry can I just get past?”).

6. Your vocabulary has extended well past the point of correct and formal English, and you now know plenty of slang and uncouth words. You are no longer shy about swearing in public, and interactions with your mates usually involve an array of creative insults because English “banter” works that way.

7. The once seemingly incessant noises of constant traffic and wailing sirens has faded into a faint background noise, and you hardly notice it anymore. In fact, if you go away somewhere more quiet, you might even struggle to get to sleep without the noise of traffic! 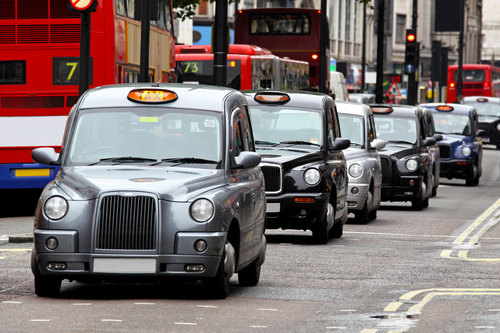 8. You’ve become completely used to what was once your personal version of hell: the London rush hour commute. In fact, you hardly notice all the strangers rammed into you at odd angles anymore, squashed against doors, bent over luggage racks, stuffed in to a small airless carriage like a tin of sardines. You stick your headphones in, ignore the other commuters (as is customary) and bury your head in a book or the Evening Standard until it’s all over.

9. You can’t remember the last time you saw a star. Wait, was that one? No, that’s just a plane twilinking through the smoggy London night air. Although, in all fairness, you’re usually too busy to go stargazing anyway.

10. You’ve been living in London for so long that you’ve pretty much forgotten how to drive at this point. Many people are of the opinion that there is no point in owning a car in central London unless you don’t have anywhere to be in a hurry. Congestion charges, minimal parking and horrendous traffic have all contributed to you accepting public transport or walking everywhere.

We hope you’ve enjoyed our little tongue-in-cheek article on signs you might have been living in London for too long. Feel free to share you thoughts ib the comments below, or on our London Facebook group. How are true are these? Which one is most applicable to you?