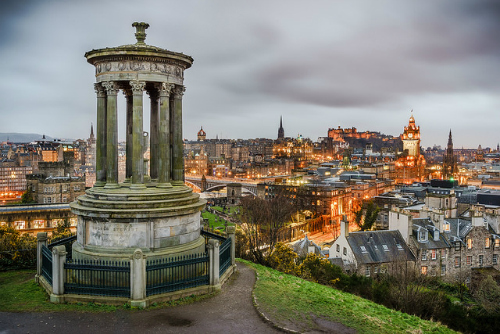 London is the centre of the universe. At least that’s the impression you could get from watching British TV shows, movies or news programs. Rather than being the capital of a diverse and vibrant country, London sometimes seems to be shown as the last surviving city after the rest of the UK got sucked into a black hole.

Indeed, for many Londoners the M25 marks the boundary between the safety of the Big Smoke and the wild, uncivilised countryside.But this is the ‘green and pleasant land’! There are ferries to take across the Mersey, bluebirds to spot over Dover and belles to fight over in Belfast city. The UK has more to offer visitors and incoming residents than just the bright lights of London.

Edinburgh packs a one-two punch of culture and history; Manchester is the place to be for work-hard play-hard party animals; whilst Liverpool remains the friendliest place on Earth.

So forget the red buses and black cabs, don a flat cap or a kilt and escape the gravitational pull of the capital with our guide to the best UK cities outside of London. 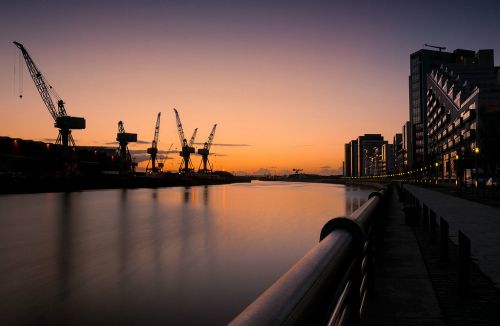 The 1980s saw Scotland’s biggest city battling with unemployment, drug addiction and crime. Glasgow still has a reputation as a rough, tough place to live, populated by burly shipbuilders who love a drink and a brawl. Nothing could be further from the truth.

Glasgow has now been named one of the fifty safest cities in the world, thirty places higher than London. Not only that, the city has been a European Capital of Culture and a UNESCO City of Music.

Today, Glasgow is abuzz with comedy, music and art. The burgeoning jazz scene rivals New York and the edgy fashion holds its own against East London street chic.

Anyone moving to Glasgow can look forward to many a lively night soaking up the city’s cultural scene and a fascinating day exploring the University of Glasgow and Kelvingrove Museum.

Even those fluent in English need to be wary of the unique Glaswegian dialect, which transforms any child into a ‘wean’ or an unpleasant day into a ‘minging’ one. Failure to grasp the local language could leave you looking like an ‘eejit’.

The largest City in West Yorkshire, Leeds is home to an astonishing array of well-preserved architecture. Georgian promenades mix with Victorian townhouses and 21st century steel and glass tower over 20th century blocks.

Leeds is the fastest growing city in the UK, with a population of three quarters of a million. These are some of the most tech-savvy Brits: the internet quarter boasts server farms and tech businesses, and the city has the highest concentration of high speed web connections in Europe.

It’s not all work in Leeds: the city is also home to over 1,500 bands, and Victorian shopping arcades rich in designer brands. Escaping the hustle and bustle of the city is easy, with the picturesque Yorkshire countryside just outside the city walls.

Lads and lasses in the Yorkshire city clearly love their lives there, as it scores highly on quality of life surveys. 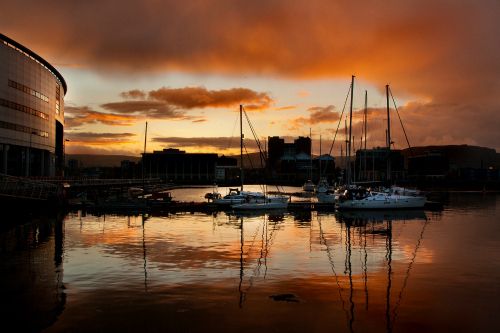 The capital of Northern Ireland is one of the UK’s smallest cities and can easily be explored on foot, which is a good thing as there is a lot to see.

This maritime city has a proud association with ships and shipbuilding. The Titanic Quarter is an exciting new addition to the city, trading on the fame of the ill-fated ship that was built there. Swanky shops and luxury apartments now fill the area, but a museum and boat tours keep the history alive.

Visit St George’s Market for a taste of the city’s split identity. Gaelic delicacies sit alongside British favourites in a delicious and diplomatic food festival.

Belfast wasn’t always such a peaceful fusion of cultures, with years of troubles and terrorism tearing the city apart. The bad old days are long gone now though, and the city centre is peaceful and lively. That said, anyone looking to settle in the city should look carefully into the neighbourhoods as some are still divided on sectarian lines.

Belfast has the second-lowest rent of any UK city and a thriving nightlife scene in which to spend those savings. 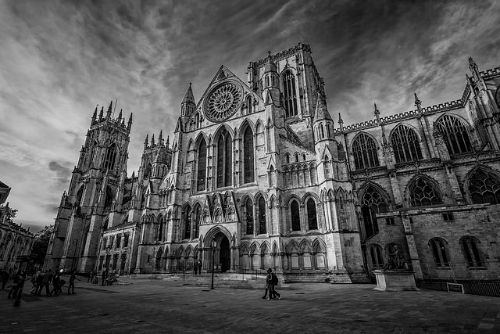 Historical York is famed for its mighty Minster and stunningly preserved shambles. The picturesque city has been a hub of culture since the Stone Age.

Roman Emperors were crowned in the city and Vikings raided its coffers. Rebels were beheaded here and the citizens laid under siege during civil wars. For centuries York was the capital of the north and the old girl wears it well.

The centuries of history are beautifully preserved in the cobbled streets and the annual festivals. York Festival of Traditional Dance, York Early Music Festival and the Beer & Cider Festival will give any visitors a taste of culture and merriment.

Anyone with a taste for history should move to York for their chance to really see the past come alive.

The capital of the Land of Song has been in fine voice in recent years. Cardiff spent much of the last decade getting a major facelift, transforming the Welsh city into a powerhouse of tourism and culture.

This renaissance saw the city’s Millennium Stadium open, providing a cathedral of rugby for this nation mad on the sport. On match days the entire city can ring to choruses of ‘Bread of Heaven’. Many of the 14.6 million visitors who come to the city each year travel just for sport matches or concerts held on the hallowed turf.

The bay area has also had a facelift, with the waterfront now home to the Welsh National Opera, theatres, bars, comedy, dance, music, art workshops, galleries and the Welsh Assembly.

The Wales Millennium Centre plays host to many of the arts, the building itself a triumph of architecture. Built of Welsh slate, wood and glass, the building’s shape echoes the wild landscape and is inscribed with lines of poetry.

With all the arts on offer and acres of affordable housing, it’s not surprising that Cardiff boasts one of the highest qualities of life in the UK. 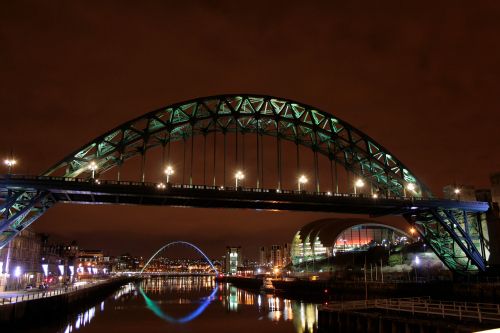 Newcastle has Roman roots, Anglo-Saxon heritage and one hell of a reputation for partying. Most natives of the city will shrug off its ancient history or recent industrial past, focusing instead on the next big night out.

This party town of the north east has long been famed for the toughness of its men, the warmth of its welcome and its ability to party well throughout the night and into the morning. Even when blasted with freezing winter weather, the cityfolk will put on their glad rags and go out on ‘the toon’.

Recent redevelopment has seen Newcastle strengthen links with neighbouring Gateshead, with bridges across the Tyne linking Newcastle to a new cultural hub. The Baltic Gallery and Sage Gateshead have become cutting edge-spaces for the best of British contemporary art and music, both just a short walk over the innovative ‘winking bridge’. 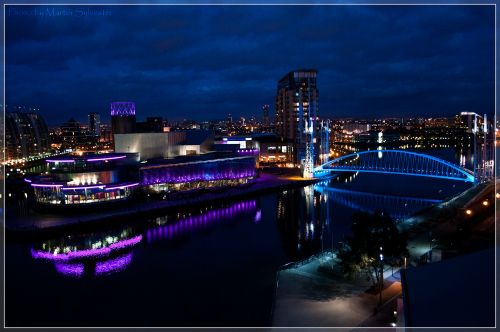 The Modern City, Madchester, the Media City; this city is constantly changing with the times. Once the industrial capital of the north, Manchester was at the centre of the industrial revolution. Inventors and entrepreneurs poured their profits into the city, gifting it museums, theatres and libraries to sit alongside their mills and factories.

The industrial wealth of the city faded over time, giving way to a world-leading music scene that saw The Smiths, The Stone Roses and Oasis top the global charts. Manchester became a nexus of nightlife, with The Hacienda superclub at the epicentre of the Madchester revolution. Suddenly, everybody wanted to be a Manc.

An IRA bomb in 1996 ripped the city centre to shreds, sparking a program of regeneration that continues today. Manchester’s latest, futuristic incarnation is focused on the Salford Quays area.

The 200-acre waterside development has become home to the BBC, ITV, University of Salford, the Hallé Orchestra and a host of creative businesses. Manchester promises to offer the ultimate in work-hard-play-hard lifestyle for ambitious media professionals coming from all over the world. 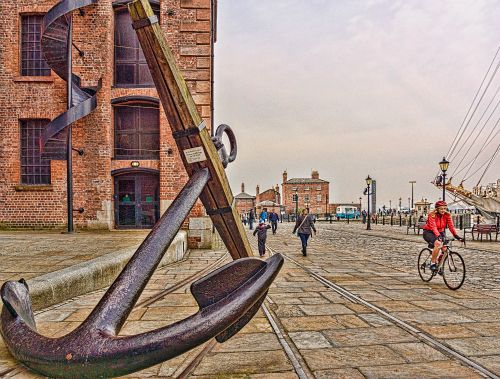 The friendliest city in the world: Liverpudlian natives, or scousers, aren’t afraid to chat to strangers. In fact, new arrivals might find themselves beset by curious locals eager to offer help and advice.

Liverpool itself has a concentration of world-class museums and cultural attractions, all packed within one mile of the docks. The former port city has been given a new lease of life, protecting its heritage and opening a host of new attractions.

The city is home to the world’s only slavery museum, a Tate gallery, and exhibits celebrating Liverpool’s maritime heritage. All of this is set within historic buildings, earning the city a UNESCO World Heritage ranking.

Of course, no visit to Liverpool would be complete without a trip to the hallowed Cavern Club, launchpad for troupes of pop legends, including the city’s most famous sons. The Beatles are referenced everywhere in the city, and the locations they sang about are places of pilgrimage for those with Beatlemania. 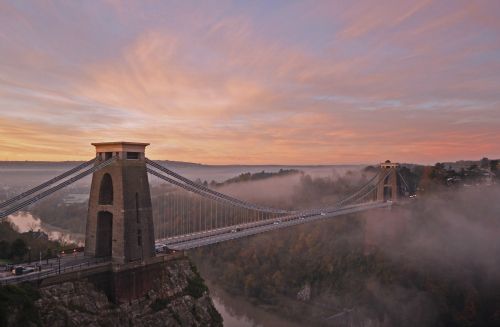 Bristol’s famous Clifton Suspension Bridge symbolises the city’s connection to the outside world, firmly established by Brunel’s mighty structure. But it’s Bristol’s independent spirit that makes it a wonderful place to live.

Not only does the city boast a wide range of independent shops and boutiques, it even has its own currency. The Bristol Pound keeps the creative economy moving and celebrates the innovation of the residents.

Wallace and Gromit were created here; mysterious street artist Banksy started out here; and the steepest of her streets has been transformed into a giant waterslide. This is what happens when you live in a creative place like Bristol.

The Bristol Old Vic has been home to some of the UK’s finest thespians, Patrick Stewart, Jeremy Irons, Naomi Harris and Daniel Day-Lewis among them.

If feeling overpowered by culture, enjoy an ale in Bristol’s historic pubs or a cream tea in her thriving cafes. Or just chill out in the picturesque parks: the city was 2015’s European Green Capital. 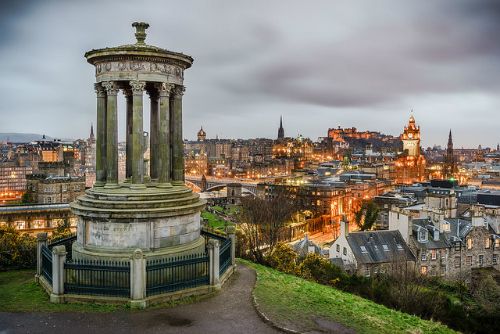 Edinburgh is the capital of Scotland and was once the wealthiest city on earth. Nowadays ‘Auld Reekie’ celebrates its heritage, preserving medieval alleyways, Georgian buildings and gothic monuments alongside its new identity as the festival capital of the world.

The city may be overlooked by a mighty castle in the centre of town, but the streets constantly throng with visitors for one festival or another. The world famous Edinburgh Festival is the world’s largest performing arts festival; the Fringe is its funniest.

The city goes from one party to the next, with the pomp of the Royal Edinburgh Military Tattoo, fire festivals, food and drink events, rugby matches, concerts and just about every cultural celebration you can name. In late December Edinburgh celebrates the end of a busy year with the biggest party of all: Hogmanay, a new year revelry that kicks off another calendar of parties.

Anyone needing a break from whisky and song can easily escape to the highlands, a glorious wilderness packed with peaceful spots and adrenaline sports.

A proud capital, Edinburgh boasts its Scots identity as well as the second-highest salaries in Britain and the second-lowest unemployment rate.