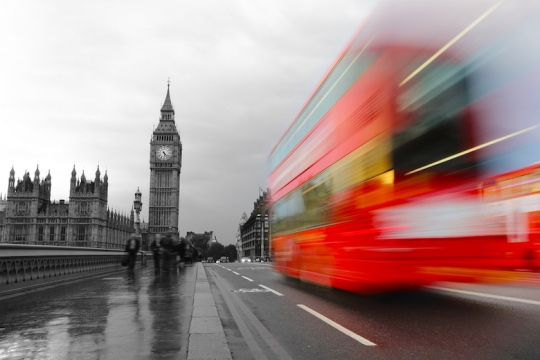 Wherever you come from, this is an unsettling time to be living in the UK. EU nationals resident in Britain are already reporting difficulties with applying for residency. But what if you’re living here and you come from outside the EU?If you’re American living in the UK, the good news is that any effect on you is likely to be indirect rather than direct. The bureaucratic hoops you have to go through to obtain residency will remain the same, since you’re not an EU passport holder anyway, and you won’t have to face the changes in legislation that many EU nationals resident here are currently experiencing.

As a result of all this, you may very well be feeling that Brexit really doesn’t have much to do with you – but it’s important not to be complacent.

US newspapers such as the Los Angeles Times have been running articles on the wider implications of Brexit for America, commenting that: “Britain’s friends around the world are nervous. The United States should be nervous too.”

US policy makers are also waking up to the potential effect of the UK’s withdrawal from the EU on the global economy.

How Will Brexit Affect Your Business And Investments?

If you’re an investor, a downturn in the economy – especially if the UK undergoes a no-deal Brexit – seems inevitable. However, this could be offset for you by a reduction in value of the pound as compared to the dollar. If you’re an American employer in Britain, you also need to be aware of any knock-on effect from withdrawal in terms of hiring.

“Brexit will impact the pool of talent you can hire from [because it will restrict EU immigration]… it will affect consumer sentiment in the market… it will affect the swiftness [of] trade,” warns Charles Lichfield, an analyst at the political risk consultancy firm Eurasia Group. He recommends that anyone investing in the UK takes a careful look at any proposed Brexit deals.

For example, American banks that are using Britain as a gateway to the EU have been moving their operations, including jobs and assets, directly onto the continent. The Bank of England estimates that some 5000 jobs have already gone to Europe, and more may follow after Brexit itself. Charles Lichfield adds:

“[American] banks are based [in the UK] for a reason. It’s not just language and a shared work culture. It’s also their unfettered access to Europe, and that will go, even in [May’s] supposedly benign Brexit scenario.”

Iana Dreyer, director of Borderlex, a website specialising in European trade analysis, also warns that: “The UK will lose so-called passporting rights for financial services when it leaves the EU.”

If you’re travelling between the US and the UK, you probably won’t notice much difference in terms of the actual process; you’ll still go through passport control at British airports as normal. Nor will you have to worry about a change of currency; Britain never adopted the Euro and so you’ll still be able to use any leftover sterling.

However, travel itself could be disrupted to and from the US, with flights potentially being grounded due to a knock-on effect in disruption from Europe. Traffic rights for airlines that have a lot of overlap between the EU and the UK, such as Ryanair, need to be re-negotiated and could – in a worse-case scenario – see a reduction in the number of flights and an increase in fares. Air Service agreements are currently in the process of re-negotiation, however, so it remains to be seen how much disruption will actually come to pass.

“Thankfully, many of those involved – on both the government and the business sides of the equation – seem to be banking on all parties extending each other considerable good will and forbearance to allow commercial air service to continue operating much the same as today even if a ‘hard Brexit’ – one without new, replacement deals and terms in place – happens. In that case, travellers between the US and the UK would encounter little or no difference after Brexit. But that’s a risky premise that could be brought tumbling down by the filing of lawsuits or, God forbid, the crash of even just one plane during a legally fuzzy interim period.”

Let’s hope that this initial prediction of goodwill is the one that comes to pass!

What About Food And Medication Shortages?

Other potential effects of Brexit could be a degree of social and local economic disruption, caused mainly by supply chain issues from Europe. It’s hard to know how extensive this might be. There have been a number of predictions regarding restrictions on food transportation and dwindling medical supplies. The NHS has been stockpiling some drugs to prevent a worse-case scenario of running short of medication, but it should be stressed that this is not a certainty.

The wisest thing for you to do, as an American resident in the UK during this period, is exactly what many British citizens are doing; keep a close eye on the situation and take what actions you feel necessary. A number of Brits are stockpiling food – or at least making sure that they have a reasonably well-stocked larder! You might want to avoid travel on or around March 29th, just in case of any disruptions to flights. Keep an eye on the pound too, and on the markets if you’re an investor. Even if you’re living in the States, Brexit could still have some economic ramifications for your country, so check out the links below to make sure you’re up to speed.