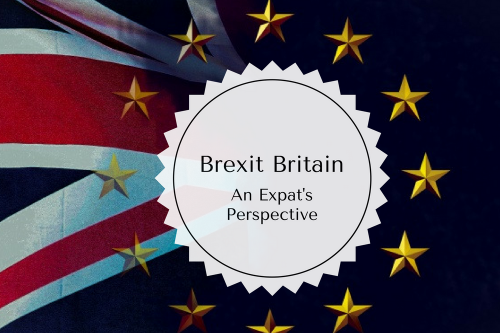 Genevieve Rogis is an Australian who has been living, working and studying in London for six years.

I am a migrant, and I voted to remain.The experiences of the remain voter in the wake of the Brexit vote have been likened to the seven stages of grief. Some might think it melodramatic, but for me it is entirely appropriate. It’s true, we didn’t experience the death of a beloved friend or relative. But we did experience the loss of an ideal, and the betrayal of a strongly held belief in a European United Kingdom.

Unlike many, I didn’t cry, but when I awoke to the results on the 24th of June I was thrown into a stunned stupor. I spent much of the day in a daze, unable to do anything but binge on Netflix and refresh the referendum results pages in the hope that it had all been some big mistake.

When the polls refused to change, I fell into violent, inarticulate rage; and that almost did make me cry. I realised the vote wasn’t legally binding and signed petitions, throwing all my hope behind a parliamentary solution. I marched for Europe with tens of thousands of others.

In the days that followed, talk of the referendum was everywhere. Conversations that should have happened before the vote were taking place now. On the tube, in the street, down the pub. At work, on holiday, at Glastonbury. None of us wanted to talk about it, but we couldn’t help it. Every conversation rubbed salt on the wound, but we kept spiralling back with morbid fascination.

I grew depressed, realising that while a vote is not the only possible expression of democracy, the arbitrary overruling of this particular result would be democratically disastrous. Huge swathes of the population who already felt like their vote didn’t count would be disenfranchised still further. I don’t know what to do about it. I still can’t find a way forward.

I am a migrant, and I love this country.

The United Kingdom of Great Britain. England, Scotland, Wales, and Northern Ireland. I love its countryside, its wild places, its cities and towns. I love the tea, the cakes, the grubby pub fare. I love British stoicism in the face of bad weather, the optimism of sunbathers sprawled on a mud beach beneath a sky filled with clouds, the health warnings that proliferate as soon as the temperature hits 20°C.

There is still so much I haven’t seen, and want to see. But in Brexit Britain, I am suddenly nervous. I’m worried for the future of this country that I have grown to love. And I am worried about my future here.

I have heard many voices insist that they did not vote Leave because they are anti-immigration. Many simply do not like the bureaucratic institution that is the EU, and feel like its laws and regulations have no place in the UK.

But it would be ridiculous to deny that Brexit was a great victory for the anti-immigration lobby. The free movement of EU workers remains a key issue in post-Brexit negotiations. Years of scaremongering and scapegoating by both politicians and the media have left a mire of misinformation, exaggeration, and outright lies that make it difficult to separate truth from fact.

Even I sometimes find it hard to fight against it. I have questioned my place in this country. I have been told in so many different ways that I am not wanted.

Coming over here, stealing our jobs.

Coming over here, stealing our men.

Coming over here, using our NHS.

Coming over here, pushing out British small businesses, overcrowding public transport, putting a strain on infrastructure, threatening British values, driving up rent, driving down wages, raising crime rates… You name it, immigrants have been blamed for it.

When you hear it so often, you begin to wonder if maybe it’s true. Maybe the country would be better off without me and others like me. I’m being selfish by wanting to stay, and my contribution is nothing compared to the negative impact my presence is having on the nation.

I am a migrant, and I feel unwelcome.

But then I am told, ‘Oh, but I don’t mean you!’ and that is worse. Why not me? Because I’m white, my accent is only a little different, and I don’t have a religion you find threatening? Because I’m not different enough?

The thing is, anti-immigration rhetoric affects all immigrants, regardless of where we come from. Immigration policy, it turns out, isn’t racist. It treats us all the same. Increasingly draconian visa requirements have made me wonder if it’s worth trying anymore. Every time I leave the country to go on holiday, I dread coming back in because of the grilling I get every time I pass through border control.

I don’t want to be part of a country that fails to acknowledge the profound positive impact of immigration and diversity.

More, I wonder about the fallout from Brexit, and the effect it will have on Britain’s future. If the aim of Brexit was to discourage migrants, it is working, and not because it will make it even harder to get into the country. Because it will reduce the opportunities that Britain can offer, not just to migrants, but to its own citizens.

And I’m not the only one.

I have heard many anecdotes of awkward family discussions, of parents, children and grandparents ranged silently around the elephant in the room. Whispered confessions: ‘I think my dad voted leave…’

In a cafe near Harrogate, I was treated to a live rendition. My ears perked up as I heard a familiar-sounding sentiment from a neighbouring table.

‘You’ll thank us in ten years.’

There were five people gathered around lunch. Three were of late middle-age, grey haired, neatly dressed, sipping at their tea as they sat back comfortably in their chairs. The other two were children. One was absorbed in her own game. The other was leaning forward over the table, eyeing his older companions with eager earnestness.

He could not have been older than eleven. And he did not agree with his elders. ‘But it’s going to be harder now. I wanted to live in Europe. They won’t let me now. Everything will be harder. You got to do it! You won’t have to live with the results like I will. Why did you do it? Why do you want to leave?’

My heart rallied behind that child in all his confusion and anger, as his arguments were brushed away and dismissed. I know how he feels. I have been struggling with the same questions ever since the Brexit result.

I have taken the time to educate myself on some of the reasons why people voted to leave. Many are eloquent, and many have much better reasons than suspicion and a nebulous feeling of discomfort with the foreign rule they see represented by the EU. I will not belittle anyone’s experience by claiming to understand, but I now know a little more about the gaping inequalities and severe economic depression faced by huge swathes of the population. I see that, as a Londoner, I have been insulated from the realities faced by so many British people.

But I am a migrant, so does my opinion even count?

Some people have said that surely the exit from the EU will make it easier for non-EU migrants to get visas. I resist the urge to reply with bitter laughter. Trust me, it won’t, the political conversation around immigration wouldn’t allow it.

In the wake of the vote, a sudden spate of hate crimes and racial abuse erupted from a small minority that I know many of my British friends find deeply embarrassing and shameful. In the wake of the vote, these people felt like their actions were justified, that the rest of the country had stood shoulder to shoulder and declared that their hateful behaviour was validated.

While some targeted EU nationals, and the Polish community were particularly hard-hit, the vitriol has not been picky about what kind of migrant should be sent home. All of us.

And many of us are beginning to think it’s not worth the fight, and we will go home. And with us, we’ll take our diversity, our skills, our knowledge, our cultures, and yes, our contributions to the British economy.

The UK does have a migration crisis…But it is not the one it thinks it’s having.