How Do The UK’s New Immigration Rules Affect Expats? 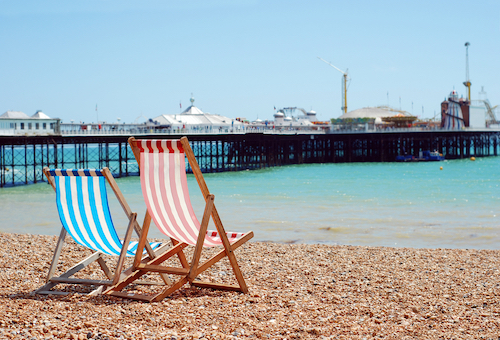 With the uncertainty and upheaval that Brexit continues to bring, it is unsurprising that expats in the UK are concerned about their status and any new rules being implemented to immigration. What changes are occurring to the current visa system in the UK, and how will this effect expats already residing there, or those looking to relocate to the UK for the first time?There are several changes and reforms to existing visa routes which have been effective since March 2019, as well as several new additions to the visa structure.

Starting A Business In The UK

Two new visa options are being introduced in the hope of attracting experienced and professional business people to the UK. This will hopefully attract those skilled in certain sectors and will potentially offer a cushion depending on the outcome of Brexit and whether we will see a migration of business shifting to mainland Europe. There is a start-up business visa for those looking to start a business for the first time in the UK as well as an ‘innovator’ visa option. This latter visa will be for those who have the experience and funds to invest in their own business. The assessment and visa applications will be processed by a separate body rather than the Home Office.

In addition to the two new business visas, the Home Office has also implemented some reforms to the Tier 1 investor visa. The idea behind these reforms is to better protect the UK from illegally obtained funds and ensure that genuine investors have a visa accessible to them. Applicants will have to prove that they have held the minimum required assets for two years, rather than the previous 90 days, and may have to provide proof of the source of the funds.

“My priority is making sure that talented business people continue to see the UK as an attractive destination to develop their businesses. This will help create more jobs across the country and ensure our economy continues to thrive.” – Caroline Nokes, UK Immigration Minister

The general Tier 2 visa will also see some changes, particularly with salary exemptions. This means that the NHS and schools can continue to recruit experienced teachers and medical professionals from overseas, who are desperately needed. There will also be a two-year exchange scheme which will allow nurses from Jamaica to come to the UK to gain essential experience in hospitals.

The government has already relocated some 1,000 Afghan interpreters, but the idea behind this option is that it will become much easier for eligible partners and dependents to join them at a later date.

“In addition to welcoming those who wish to contribute to our economy, we also recognise our duty to support the vulnerable. That is why I am proud that we are extending our commitment to the brave Afghan interpreters and their families so that they can rebuild their lives here, together, in safety.” – Caroline Nokes, UK Immigration Minister

Changes to the EU Settlements Scheme have been effective from the end of March 2019, and will remain in effect regardless of any extensions to Article 50. Following these changes, applicants from outside of the UK, including citizens of Norway, Iceland, Liechtenstein and Switzerland (as well as their family members) will be able to apply for a visa under the EU Settlement Scheme. Non-EEA (European Economic Area) citizens will be able to apply for an ‘EU Settlement Scheme Family Permit’ to join or accompany an EEA citizen who has been granted leave under the settlement scheme.

The date by which EEA nationals must have been continuously residing in the UK is currently set to be 31st of December 2020 if the UK leaves the EU with a deal.

A number of countries will benefit from streamlined visa processes, including Brazil, Kazakhstan, Mauritius, Oman, Peru and Tunisia. These changes will particularly benefit students looking to study in the UK. Other changes include an increase to the initial period of leave granted to those who qualify for Stateless Leave. This will be increased from 30 months to five years.

The Windrush Scheme will be a route for Commonwealth citizens who settled in the UK before 1973, or for those who are children of Commonwealth citizens who settled before this date. This will also include those of any nationality who settled in the UK before 1988. This scheme is specifically aimed at those individuals who will either need documentation to prove their right to residency or those who would like to apply for a British citizenship.

Effect On Expatriates In The UK

What these changes essentially mean for new expats looking to relocate to the UK is that the process will be much easier if they have a particular skill set that is desirable or if they are looking to invest in or set up their own business. For those outside of said skill sets, who tend to hold lower-skilled positions, it may be become more difficult to get a visa. Should the UK leave the EU, its visa system will tend to favour highly skilled professionals from outside the EU.