Home » United Kingdom » Moving » Moving To The UK? Which Areas Will Be Best (And Worst) Off After Brexit?

Moving To The UK? Which Areas Will Be Best (And Worst) Off After Brexit? 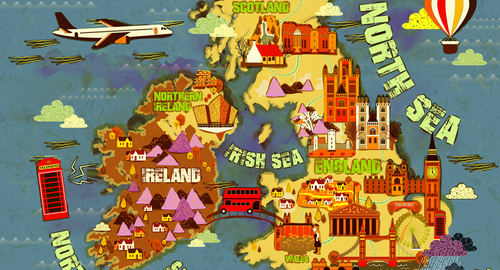 Another year has slipped by and many of us are taking on new year’s resolutions with determination and zeal. Smokers are quitting, the gyms are filled with newly energised fitness first-timers, and millions of Brits are shaking off their bad habits in a brighter, more optimistic 2019.

Unfortunately, Westminster can’t quit its old habit of disagreeing about everything, meaning Brexit is still looming over the country like a muddled spectre. Before MPs left Parliament for the Christmas break, they had been due to vote on details of the exit plan, which would be a significant step towards finalising a deal with Brussels.However, as the vote drew near, it became clear that Prime Minister Theresa May had little faith in the plan passing gaining approval and cancelled the vote until the new year.

With no clear path to an amicable divorce from the EU, British newspapers have been awash with tales of panicked contingency plans and desperate schemes to keep British businesses on track. Transport Secretary Chris Grayling has faced the flak for signing contracts with ferry companies to bring in essential supplies if no exit deal is agreed. Grayling’s careful planning came undone when it was revealed that one of the companies he awarded a £13million contract to didn’t own a single ferry and copied its legal documents from a takeaway restaurant. Even if the company concerned can’t deliver the UK’s essential supplies, maybe they can at least deliver a pizza or two.

Whilst the Brexit fiasco continues apace on the national stage, there have been numerous studies conducted to explore impact at a local level. As the 28 March exit deadline approaches, more attention is being paid to these papers, most of which agree that the areas which voted to leave are likely to be hit hardest by Britain bombing out of the EU.

Even the government’s own economists found that economic growth will likely be stumped for 15 years, with the worst harm concentrated in areas outside of London.

The study, obtained by Buzzfeed news, details the worst scenarios for a no-deal Brexit. If Britain leaves with a Norway-style deal, and so is still able to trade with the single market, the economy will slow by two percent. With a Canada-style free trade deal, this becomes five percent. With time rapidly running out, the most likely and least welcome is a trade deal with the EU based on the rules of the World Trade Organisation. This would leave the UK economy eight percent worse off.

The cruellest twist of the Brexit saga is that the regions most likely to be hit hardest are some of those that voted most determinedly to leave.

There will be expected rise of 13 percent in costs for car manufacturers, for example, even before any tariffs imposed by a trade deal. Extra customs checks, paper work and rules-of-origin checks will push up costs across several sectors.

Agriculture could see a 17 percent increase in costs with retail facing a possible 20 percent hike. Business leaders in these sectors and the hospitality industry have already been warning that they are struggling to recruit the low-skilled migrant labour upon which they have previously relied.

The UK’s coastal regions have seen a long decline in the fishing industry, but uncertainty about the future of fishing rights in EU waters is likely to cause further heartache. Even if UK trawlers can operate in the most productive areas, there will be no guarantee of easy access to quickly sell fresh fish to the continent.

One study from TheConversation.com suggests that 20 percent of all industry is at risk from Brexit, representing almost £140 billion of annual economic activity. This figure, the article explains, is likely an underestimate as it focuses on businesses that are trading directly with Europe and doesn’t measure the knock-on impacts to their suppliers.

The North West of England is set to suffer a 16-18 percent decrease due to its largely rural economy. With uncertainty about the availability of labour, limited opportunities to sell to Europe and increasing costs of equipment, it is likely that rural areas are going to bear the brunt of any economic down turn.

There has been much debate at the negotiating table in Brussels about the financial sector’s ability to trade effectively. The threat of big banks abandoning London for trading centres in Paris or Frankfurt has been the loudest concern of the Remain campaign also.

However, a leaked government paper suggests that the financial sector will be resilient, even in the most dire of no-deal scenarios. Years of strong lobbying from the big banks have ensured that the banking and trading done in London is given special attention and preferential treatment. While every industry is likely to take a hit, that blow will be cushioned in the realm of big money, and in the Big Smoke.

The service sector doesn’t escape scot-free. As the economy shrinks overall, the belt-tightening that follows will impact administrative and technical businesses. Even highly skilled sectors such as computer programming, legal services and scientific research may suffer as the demand for their services decreases.

Since the service sector is spread evenly around the UK, it is difficult to predict where on the map these businesses will suffer the most.

The chilling conclusion of many of the studies published on this issue is that the Brexit negotiations have focused on protecting the industries and regions that make the biggest cash contributions. What the negotiations have failed to do is find the support for the enterprises and neighbourhoods in the UK which face the biggest threats.