Home » United Kingdom » Moving » What Do The Changes To The UK’s Tier 2 Visa System Mean For Expat Doctors?

What Do The Changes To The UK’s Tier 2 Visa System Mean For Expat Doctors? 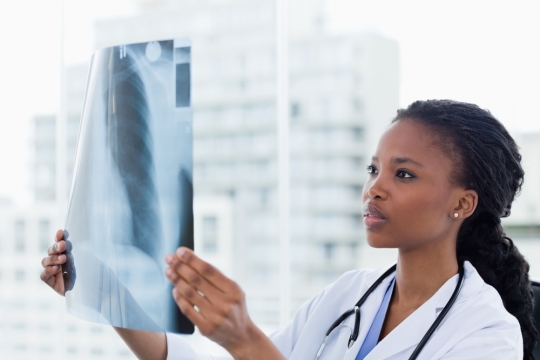 It is no secret that the state of the NHS has been a major topic in recent years, with chronic understaffing in facilities across the nation. With fewer young people studying to become doctors, in part due to increased university fees that could see them facing a crippling debt of £50,000 upwards, the UK has for some time heavily relied on qualified international workers to fill the void. However, since 2011, there has been a restrictive cap in place on the number of skilled foreign workers permitted visas under the Tier 2 system. With a cap set at just 20,700 people per year, this number has often been quickly reached, meaning that many migrant doctors who had been offered jobs in the UK had their visas rejected in accordance to the Tier 2 system.This has been a hotly debated topic for a number of years. Given that around 40 percent of all Tier 2 visas are necessitated by jobs within the NHS, and with the strain on the NHS increasing year or year, affecting patient care, the situation has been looking pretty bleak. Petitions, campaigns and protests have been orchestrated all over the country, and finally, there seems to be some light at the end of the tunnel.

In June 2018, it was announced that there would be some much-needed changes to the Tier 2 visa system, in particular the cap which has been causing so many issues, with a plan laid out to potentially exclude nurses and doctors from the Tier 2 system entirely. Hopefully, this will then mean that more skilled international medical professionals can come to the UK without the fear of prohibitive red tape, and more positions will be opened up for other skilled workers outside of the medical profession.

“I recognise the pressures faced by the NHS and other sectors in recent months. Doctors and nurses play a vital role in society and at this time we need more in the UK. That is why I have reviewed our skilled worker visa route.” – Home Secretary Sajid Javid

In fact, according to the plans to far, there will be no restrictions on the number of non-EU doctors and nurses granted visas. Whilst this is certainly good news, it highlights the number of vacancies that need to be filled within the NHS. The relaxation on these restrictions will certainly allow NHS workers and non-EU applicants to breathe a sigh of relief. Additionally, changes made to the Tier 2 visa in January 2018 now make it considerably easier to gain indefinite leave to remain than before.

Supposedly, there are talks of proposals in parliament from the home secretary to create a universal immigration system that will not specifically favour EU nationals after the infamous Brexit comes into play. For the most part, this is a welcome idea across the board, with many MPs agreeing that such a system will be most likely to benefit the UK and the NHS once the UK leaves the European Union. The Royal College of GPs says it is a “great step forward” to what they considered an “arbitrary, unhelpful and in fact quite destructive” cap, and hopes that this will help lift the NHS out of its current predicament.

However, as always, there have been disagreements, with various political and social groups stating that the focus should be on domestic training of medical professionals, rather than poaching them from other countries. While this may be ideal, it is of course easier said than done, with a lack of interest in the UK and few current incentives for young people to delve into years of intense and expensive study to qualify for a high-pressured job. This is a problem entirely of its own which will also need to be reviewed in due course.

“Overseas staff have been a vital part of our NHS since its creation 70 years ago. This news sends a clear message to nurses and doctors from around the world that the NHS welcomes and values their skills and dedication. It’s fantastic that patients will now benefit from the care of thousands more talented staff.” – Health and Social Care Secretary Jeremy Hunt

With recent figures suggesting that there were some 35,000 nurse vacancies and close to 10,000 unfilled posts for doctors in England alone, it’s greatly encouraging that the changes have been made. An announcement on the 15th of June 2018 from the government said that the changes – along with several others to be implemented on various visa schemes – will come into effect on the 6th of July 2018.

You can view the official statement of change from the government website here.

As of yet, we’re waiting on further clarification about exactly which visas doctors and nurses will need to apply for in place of the Tier 2 visa. If you were planning on making a visa application in this particular area soon, it’s best to contact a regulated advisor and keep an eye on announcements on the official government website for any updated news on the matter.