Home » United Kingdom » Moving » What Does The EU27 Settlement Scheme Mean For You?

What Does The EU27 Settlement Scheme Mean For You? 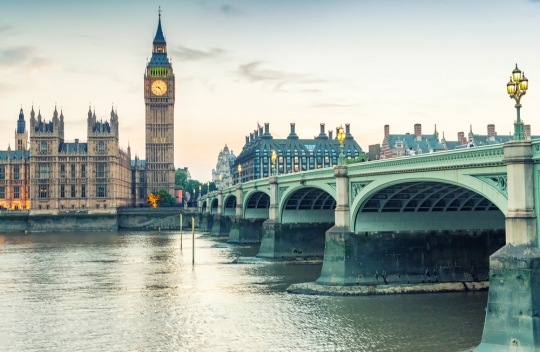 Brexit is currently creating a great many questions in the minds of EU nationals as well as the British themselves, and a new settlement scheme such as the EU27 may well be top of the list of queries. What is it? And what is it likely to entail?

What Is The EU27 Settlement Scheme?

The settlement scheme is designed to allow people from the EU to apply for ‘settlement’ status in the UK after Brexit, thus making their status in the country more stable. Launched as a pilot scheme in August 2018, the new scheme takes the form of a ‘toolkit’ for HR departments, initially mainly in the NHS. Some 4,000 people from the EU who currently work or study in NHS trusts across the north-west of the UK will be included in the plan, plus students at three Liverpudlian universities. Under the new scheme, these people will be awarded post-Brexit ‘settled’ status.

The toolkit itself contains information for employers about the process, including posters with dates and reasons for applying. The home office says it wants to make the process as “quick and user-friendly as possible.”

When Will It Come Into Force?

The scheme is currently under trial. The aim is to put it in place from the end of 2018, and have it fully developed for a phased roll-out by March 2019.

However, the rights of EU nationals who are currently in the UK will not change until the end of the transition period – June 30th, 2021 – so there is no need to apply straightaway.

Who Will It Apply To?

The scheme will apply to people from the EU who will have lived in the UK continuously for five years by December 31st, 2020. If you haven’t lived in the country for that long, you can apply to remain under ‘pre-settled’ status until you’ve been resident for five years, at which point you can apply for the scheme itself. Stay-at-home parents, retirees and students will all be eligible under the new scheme.

In its statement of intent for the settlement scheme, the home office says:

“Securing the rights of citizens has always been our priority in negotiations with the European Union (EU). We have delivered on this commitment and reached an agreement with the EU guaranteeing the rights of EU citizens living in the UK and of UK nationals living in the EU. EU citizens living in the UK, along with their family members, will be able to stay and continue their lives, with the same access to work, study, benefits and public services that they enjoy now. Existing close family members living overseas will be able to join them here in future.”

How Do You Apply?

If you’re eligible, you will need to pay £65 per adult, or £32.50 for children under the age of 16. You’ll need to supply a photo, proof of your identity, and details of any criminal convictions. Your address will be checked by the home office, who will look at employment and/or benefit records. Every application will also be run through the UK’s security databases. Initially, you’ll have to make an appointment in person with a home office representative, but the eventual goal is for people to be able to apply online. According to the statement of intent, the home office will: “work with longer-term residents without official documentation to establish their eligibility under the scheme from the material they have.”

This implies that the home office is aiming to avoid problems such as those that have arisen with the Windrush generation. It also states that:

“Throughout, we will be looking to grant, not for reasons to refuse, and caseworkers will be able to exercise discretion in favour of applicants where appropriate, to minimise administrative burdens.”

Note that if you already hold a valid permanent residence or indefinite leave to remain document, you will be able to swap this for settled status free of charge.

Your future children will be protected under the scheme, and the home office also states that family members (currently defined as spouses, civil partners, durable partners, dependent children or grandchildren, and dependent parents or grandparents) who are currently living abroad will be able to join you, subject to the usual checks.

The trial is designed to sort out any teething problems with the new scheme, as concerns have been raised that the home office has been unable to cope with the prospect of applications from the 3.8 million EU nationals currently living in the UK.

What’s The Response To The Scheme?

The settlement scheme has not proved universally popular so far. There have been concerns raised by the city of Liverpool, including those outlined by Merseyside councillor Nick Small, who told the Liverpool Post that:

“I've got more EU nationals in my ward than anywhere else in Liverpool. These plans – voluntary now, compulsory later – will turn EU nationals, many of whom have lived, raised families, worked and paid taxes here for many years, into second class citizens. They'll have to register with the government and pay £65 each to live and work here and access public services. It's disgraceful this is being carried out in Liverpool in our universities and hospitals. They should not be signing up to this, especially when we don't know what's going to happen with Brexit."

Criticism has also been raised by Liverpool for Europe, the pro-EU lobbying group, who say:

“we consider that the decision to collaborate in this way is premature in light of the uncertain outcomes of the so-called ‘Brexit’ process surrounding the UK potentially leaving the EU."

Questions have been raised about the home office’s ability to handle the number of applications, but the department has pointed out that it already deals with millions of passport applications every year and is geared up for the likely volume of paperwork.

You can find the UK government’s statement of intent here.