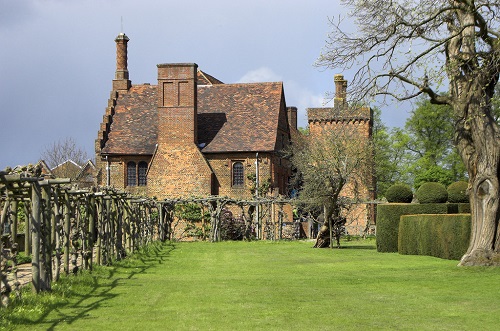 One of the reasons why many people are currently thinking of investing in UK property is that the pound is trading at historic lows against most of the world’s leading currencies, which makes property in the UK much cheaper for foreigners and expats to buy.Indeed, many property experts are claiming this is a good time for expats to invest in UK property.

UK property prices have increased steadily in recent years because there is a shortage of housing supply, which means prices should continue to increase.

For property investors, this means that rents are also steadily rising; they grew by 2.5% in 2016, according to government figures.

Matt Lavin of Benoit Properties said: “The UK’s property market presents a sound investment opportunity and the fall in the value of sterling means expats who work overseas and are paid in their local currency can effectively buy property at a big discount.”

He added that expats who own property in Europe but are thinking of selling up ahead of Brexit negotiations would be doing so at a good time if they then move their profits into British property.

Mr Lavin also said that non-British property investors in the UK believe the country’s property sector is secure in terms of long-term growth and income for their capital.

Indeed, he says that foreign property investors see the weak pound as an added bonus which is presenting an ‘unmissable opportunity’.

Over the past year, expats paid in dollars have seen a 15% boost when switching to sterling, while those in the Euro zone have seen a 12% growth. The largest number of British expats live in Australia, who have seen a 25% change.

There is no doubt that the currency fluctuations encourage British expats to buy property in the UK and expat mortgage lender Skipton International says it has completed more than 700 buy to let mortgages since introducing them in 2014.

The lender also points out that 40% of its customers are investing in buy to let properties in Greater London, with investors also accounting for 25% of investment across the south east.

Skipton International says just 10% of its British expat clients are buying property to rent out to tenants in the north west and south west.

The firm’s director of lending, Nigel Pascoe, said: “With property prices increasing significantly in London over the past few years the capital gains have been attractive for investors.”

Reasons for British expats to invest in buy to let property

He added that among the many reasons for British expats to invest in buy to let property is the aim of securing a sound long-term investment.

Mr Pascoe said: “We are seeing lower average LTVs (loan-to-values) in the south east and London as the rental yield is lower but further north in England, the rental yields are greater so higher LTVs are supported.”

The lender will offer British expats a buy to let mortgage for the purchasing of property in England and Wales but will not lend money for buying property in Northern Ireland or Scotland.

In addition, Skipton have also opened up their mortgage offering to self-employed applicants and have expanded their list of eligible countries, which means more British expats can access the lender’s mortgages.

From their figures, Skipton International says that 35% of those expats questioned said their main reason for buying property in the UK was for a long-term investment, with 19% saying they were pension planning.

Another 12% of expats said they wanted to have an investment in the UK’s property market while 10% were looking for rental income. 9% said they were unwilling to buy a property in the country where they are currently living.

However, before any expat rushes into buying UK property with a view to enjoying capital gains and rental income, they should be aware that new lending rules have been brought in.

The Prudential Regulation Authority, which is an arm of the Bank of England, is forcing lenders to limit how much money expat property investors and landlords can borrow.

The aim of the move is to dampen enthusiasm for buy to let investments by insisting that borrowers have larger deposits and are stress-tested to ensure they can repay a mortgage with an interest rate of 5.5%.

This means an expat property investor will need to ensure their rental income is up to 145% of their mortgage payment. Some lenders have slightly different figures for this stress test and many offer better deals on longer term mortgages.

The new rules took effect in January 2017 and in the months beforehand, expat mortgage lenders and brokers reported a surge in activity as expats looked to beat the deadline.

This is, for many reasons, a good time for investing in UK property by expats who can enjoy the potential market returns and the currency fluctuations offer a significant discount on house prices for overseas buyers compared with UK-based buyers.

However, predicting the future of the housing market may become more difficult and while the UK’s housing market has delivered impressive returns with capital gains, there are industry experts who say the Brexit negotiations and the rise of inflation as well as the possible increase in interest rates means the future profitability cannot be so easily predicted.

As with all financial investments, expats should always take expert financial advice from someone who understands the UK housing market before making a decision to invest in a property, whether it’s to rent out or for personal use.