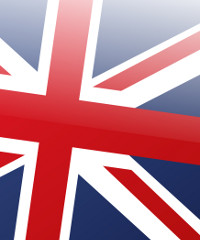 As global connectivity increases, and the U.K. falls prone to the same decentralization affecting the rest of the world’s major population centers, there seem to be an increasing number of reasons for even the most well-heeled professionals to live outside of the M25 (for non-U.K. residents, the motorway ring that forms a kind of informal ‘boundary’ enclosing London from the rest of the country).

London will remain the prime English stronghold of the financial and communications industries, but obviously not everyone is employed in these industries, and both are mobile enough to allow them to be represented elsewhere in the country. While it is far and away the most visited U.K. city – with Edinburgh coming in second – there are those for whom massive popularity is their cue to seek out something different. Expatriates with an eye to ‘going native’ in England may also enjoy the relative challenge of working and residing in a city with a slightly less international profile to it.Milton Keynes

Finding points of consensus beyond either blanket approval or disapproval of London can be tricky, though, with publications such as The Telegraph going beyond the obvious industrial centers and suggesting boroughs like Milton Keynes as prime areas for job growth (while it is one of the more successful economies of southeast England, its reliance on service industry jobs leaves it prone to recession). Actually, though it may still be too close to London for the comfort of some, this area does have its charms for younger idealists, such as the strong effort to separate bicycle traffic from motor traffic via a network of “redways”, and the measures being taken to prevent urban sprawl. Favorite English pastimes like football and festival-going are well-represented here, as well.

Going by the unemployment rate alone, Bristol holds some promise for London skeptics: it is 40% above the national average for personal wealth, with an unemployment rate that compares favorably to London’s (though less so when compared with the national average), and a private sector growth that saw an unparalleled level of growth from the years 1998-2008. The British defense and aerospace industries are also represented in Bristol (the region’s aerospace history includes the storied Bristol Aeroplane Company, and development work upon the Concorde supersonic jet). As such, the city has traditionally had a high-tech profile to it, which is bolstered by its status as one of six “science cities” in England and the impressive local roster of scientific giants and Nobel laureates to have lived in the greater Bristol area.

Leeds, the fourth-largest metropolitan area in the U.K., presents another opportunity, with its recently stated promise (in 2011) of offering aid to small regional businesses in order to foster growth. Leeds was named as one of four ‘Enterprise Zones’, along with Sheffield, Birmingham, and Bristol, in which vastly streamlined business regulations would be put into play, and various ‘sustainable development’ initiatives would be taken. Unlike Milton Keynes mentioned above, Leeds can draw talented employees to a number of different labor sectors, being represented by both the telecommunications industry and ‘business services’ industries. Overall, it boasts the second highest employment rate of any English city. Despite this vigorous industriousness, Leeds is also much better served than London for so-called “green belt” land reserved for non-developmental use.

Individuals interested in living closer to Scotland might want to seek out residency in the Tyneside city of Newcastle, whose population stood at a manageable 279,000 in 2011. Home to the inimitable Geordie culture and dialect, Newcastle is the economic center of northeastern England, with a sturdy history of industrial development and a more typically modern commitment to ecological stewardship. Much of the industry in the city deals with the manufacture of electrical equipment, while the management activities associated with holding companies also comprise much of the employment picture here. Though not as young as some other urban areas outside London, there is certainly enough in the Tyneside area to keep you busy and stimulated, and certainly no absence of youthfulness around the university area (incidentally, Newcastle University is ranked 127th worldwide in the QS World University Rankings, while having an especially acclaimed history of securing employment for graduates).