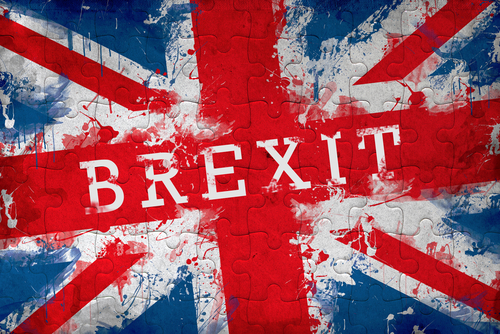 I’m sure by now most of us are utterly fed up of hearing about Brexit, and probably all the more so for the lack of certainty that comes along with it. Whilst there has been a long period of confusion, negotiations are now being finalised and the picture is becoming clearer.In this article, we take a look at the most recent Brexit news and the possibility of a no-deal Brexit, then break down what this actually means for European Expats living in the UK.

Latest Brexit News: Where Do We Stand?

After nearly two years of negotiations and controversy, Prime Minister Theresa May has put forward her plan for Brexit, and the leaders of the EU have agreed to its terms in the latest Brussels summit. However, the deal still needs to be approved by the UK Parliament. Many predict that this will prove challenging, with heavy debate and division amongst MPs on whether the deal is viable. Despite critics stating that May has produced a weak proposal, European Commission President Jean-Claude Juncker insists that this is the best deal available.

The 585-page document setting out the terms of the UK’s exit from the EU covers a £39billion ‘divorce bill’, as well as citizens’ rights and the Northern Ireland ‘backstop’, which will keep the Irish border open if trade talks ultimately fail. It also outlines how the trade and security between the UK and the EU will work post Brexit.

Parliament is due to vote on whether they accept or reject the proposed deal in early December. If it passes through Parliament, it will need to be passed back for a vote by the European Council and Parliament. Withdrawal is scheduled to begin in March 2019. No one knows what the outcome will be should parliament reject the deal. It is possible that there would be an extension on negotiations, or even another referendum. On the other hand, it could also mean exiting Europe without any deal at all.

When foreign secretary Jeremy Hunt was asked whether the UK would be better or worse off breaking away from Europe, he replied: “we will not be significantly worse or better off, but it does mean we get our independence back”.

What Does This Mean For Expats In The UK?

The UK and EU will have a reciprocal agreement whereby citizens who are legally residing and working abroad before the withdrawal in March 2019 will have the right to remain. Babies born to those who are protected under these rules will be included in the agreement. Even in the event of a no deal Brexit, this is expected to be honoured.

The definition of family reunification is: “immigration because of the presence of one or more family members in a certain country.”

There is a possibility that there will be stricter family migration requirements after Brexit, which will largely depend on how ‘family’ is defined. Under the current freedom of movement act, a ‘family member’ is described as spouse or partner, a dependent child, grandchild, parent, or grandparent, including those of the spouse or partner. It is reasonable to assume then, that those legally residing and working in the UK before March 2019 will still be able to bring in their immediate family from within the EU under family reunification.

However, the problem is that some family members may not be covered under the definition, such as un-registered partners or other dependents who are not immediate family, even those with serious medical issues. This could mean that certain individuals fall through the cracks of the Brexit legal framework.

People from the EU who have been legally living and working in the UK before the withdrawal date of March 2019 will still be eligible for permanent residence in that country following five year period. The Prime Minister has assured people that even in the event of a no deal Brexit, this will be honoured. However, the registration process for this will see some changes.

Again, the consensus is that a reciprocal agreement will mean that freedom of movement between the UK and the EU for a period of up to 90 days will remain in place. This will be applicable for business travel and holidays, but not for those seeking work.

Many people who back Brexit are hoping for stricter enforcement on immigration laws in the UK. It’s likely that a new visa system will be introduced, which could be more beneficial to skilled workers from outside the EU. However, it is suggested that seven in 10 EU workers may no longer be eligible to work in the UK, which obviously means that a large number of EU workers continue to face uncertainty within the UK.

Have you lived in the UK? Share your thoughts in the comments below, or answer the questions here to be featured in an interview!