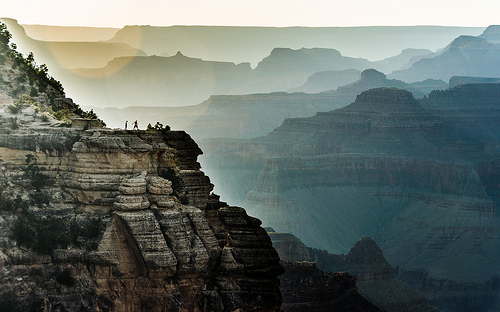 The USA is the third largest nation in the world and has a population of more than 320 million. For decades, this has been the dream destination for expats from around the world because of its employment opportunities, lifestyle, and infrastructure.

However, not everyone lives the “American Dream” once they make the move. There is so much diversity within the US that life in one state can be completely different from another. Read this short guide to some of the different regions of America for more information.The Southeastern Region

The entire region is known for its climate, history, and culture, as well as the openness and hospitality of its people. It has developed its own cuisines, customs and musical styles. The ethnic heritage of the South is diverse and has strong elements of European, African and Native American cultures. Several Northerners and Hispanics have settled down in cities like New Orleans and Miami in the last few decades.

In terms of economic drivers, several career opportunities can be found here in the new automobile, research and banking industries. Some of the automobile plants that have been set up include Mercedes Benz and Hyundai in Alabama, BMW in South Carolina, Toyota in Kentucky and General Motors in Tennessee. Alabama is also home to two of the largest research parks in the country. Almost all the major American and International banking corporations have their headquarters in this region. Yet Miami (Florida) and Memphis (Tennessee) are among the poorest cities in the US.

More commonly referred to as the American Southwest or the “Core” Southwest, this region comprises Arizona, New Mexico, Texas, and Oklahoma. Approximately 50% of this region’s population resides in Arizona, and the most populated Southwest cities include Phoenix, El Paso, Houston and Albuquerque.

The climate in this region is semi-arid to arid during the summers. Most locals use the term High Desert synonymously with this area. However, many of the cities receive a fairly large amount of snowfall during the winter months.

Many foreigners who visit the US make it a point to visit the Southwest, as it is full of tourist attractions and historical sites such as The Grand Canyon, The Colorado River, the Meteor Crater, The Big Bend National Park and The London Bridge.

Most of the bigger cities in this region are also rich with employment and educational opportunities.

The West Coast or Pacific Coast of the US is a fairly large area, which includes States like California, Nevada, Utah, Colorado, Oregon, Idaho, Wyoming, Montana and Washington. This is one of the most developed and diverse regions of the United States, with some of the major cities being Seattle, Las Vegas, San Francisco, Los Angeles and San Diego. Immigrants from all over the world have settled down in some of these areas.

Towards the Northern edge of the Canadian border, the West Coast has an oceanic climate. However, the region from the Californian border to the Mexican border experiences a Mediterranean climate.

The industrial and corporate sectors are highly developed in almost all the Western States. Therefore, people find many career and educational opportunities in this region.

Most of the North Central States of the US, which include North Dakota, South Dakota, Nebraska, Kansas, Minnesota, Iowa, Missouri, Illinois, Wisconsin, Indiana and Ohio fall in the Midwest.

Foreigners usually find it easy to live in this part of the country as Midwesterners are generally warm, friendly and straightforward people. Because of their directness, some may find them stubborn. The number of immigrants in this region is relatively low compared to the southern and western regions.

Economically, this region is driven by a balance of industrialization and agriculture. The educational, pharmaceutical and financial industries are gaining a lot of prominence in this area.

Simply known as the Northeast, this region comprises New York, New Jersey, Pennsylvania, Maryland, Connecticut, Vermont, New Hampshire, Massachusetts and Maine. All the cities in this region are well developed and foreigners find it easy to settle down here.

New York is regarded as the financial and cultural hub of the entire country. In terms of diversity, no other state in the US comes close to this one. Some of the reasons people choose to live in New York City include career opportunities, the fast pace of life, and its modern infrastructure. New Yorkers, though sometimes considered rude, are some of the most open-minded and non-judgmental people in the world. New York is well connected to almost every major city across the globe. It is also full of tourist attractions and historical monuments like Times Square, the Statue Of Liberty, the Empire State Building, the Rockefeller Center and Ellis Island.

There is no definite demarcation of which state falls under which region. For example, some sources may consider Utah, Colorado, California, and Nevada as a part of the Southwestern region, while others may count them as part of Western America.

That’s our brief guide to the areas you might think about moving to in the USA. Where have you lived? What were your impressions? Share your thoughts in the comments.