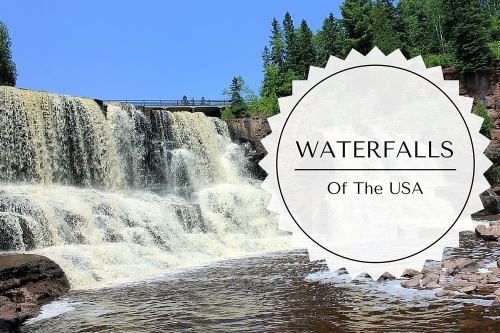 Visiting the United States doesn’t always mean walking around the busy metropolis of New York or taking the kids for an exhilarating week at Disney World, Florida. It can mean exploring the sweeping diverse and awe-inspiring landscapes it possesses.Within the wealth of 58 National State Parks there are innumerable scenes of natural beauty and none more so than the hundreds of waterfalls peppered throughout them. Perhaps a little known fact about America is that it has some of the tallest waterfalls in the world. These are not only beautiful to photograph and breathtaking to view due to their raw power and presence, but they represent the important metamorphosis of the terrain over time, from the ice age and their formation to the waterfalls we see today.

Many of the falls have American Indian names from hundreds of years ago, created through superstition about their powers. There is no doubt that even to this day there are elements of that magic still present when you stand and admire them. Expand your horizons and take in some of these unique waterfalls which can be accessed from the park trails and viewing platforms that surround them. 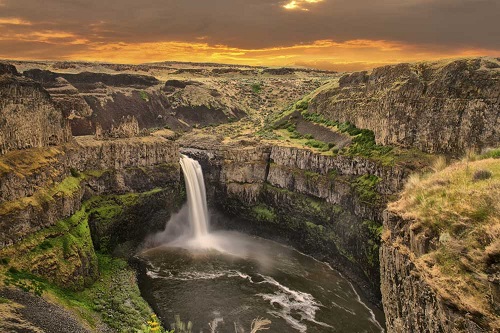 Palouse Falls is a dramatic 198 ft waterfall which can be found upstream of the conflux with the Snake River in a remote part of Palouse Falls State Park, southeast Washington. Considered to be the official waterfall of the State of Washington, these falls are encased amongst a dramatic canyon, revealing a fascinating cross section of basalt cliffs. The falls themselves actually consist of two tiers, which are divided into the upper falls which have a lesser drop of 20 ft and the lower falls with a vast drop of 198 ft. The Palouse Falls and indeed the canyon were formed as a result of the Missoula Floods which occurred during the Ice Age which began 1.8 million years ago. 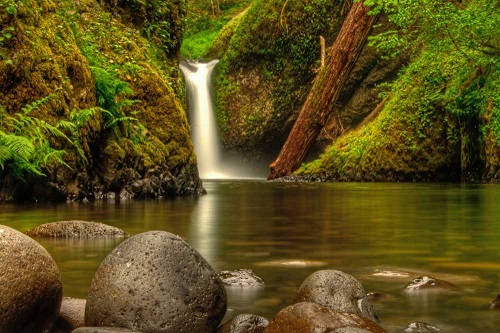 Punch Bowl Falls is a waterfall 35 ft high and 10 feet wide which can be located on Eagle Creek in Oregon, United States. Found in the nationally protected area of the Columbia River Gorge National Scenic Area, the falls are one of the most popular spots of natural beauty to visit in the Pacific Northwest. It has been debated that Punch Bowl Falls themselves are the origin of the waterfall classification of ‘punchbowl’ due to the fact that the basin of the waterfall has been sculpted into a circular shape from the wide spreading water that pours into it. 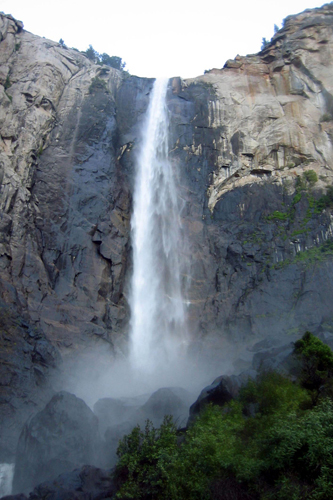 Bridalveil Falls is a waterfall which is 620 feet high and can be found in the Yosemite Valley in sunny California, United States. The waterfall is located in the vast and popular area of natural beauty called the Yosemite National Park. It is categorised as a plunge waterfall due to the water traveling from the top of the river moving away from the surface of the bedrock as it falls. Flowing amongst lush foliage, steep cliffs and opposite the notorious climbers’ paradise of El Capitan this sight of incredible raw natural power attracts thousands of eager eyes all year round because the flow of the waterfall never ceases. 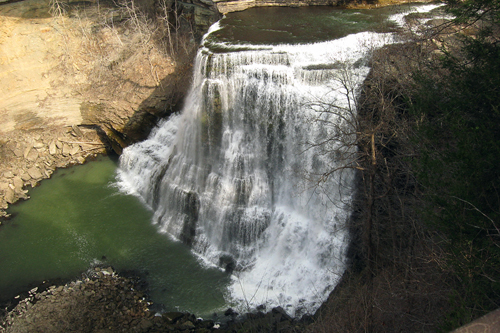 Burgess Falls is a 900 ft high waterfall which is has a width of 600 ft. It can be found in the Burgess Falls State Natural Area which is located in Putnam County and White County, Tennessee, southeast United States. Burgess Falls is considered a cascade waterfall because the water flows from steps as it descends from the river above. This wonder of natural beauty is surrounded by sheer, unscalable cliffs which are formed of limestone rock. The truly breathtaking volume of water and breadth of the passage make Burgess Falls a very popular spot for families, keen photographers and hikers alike. 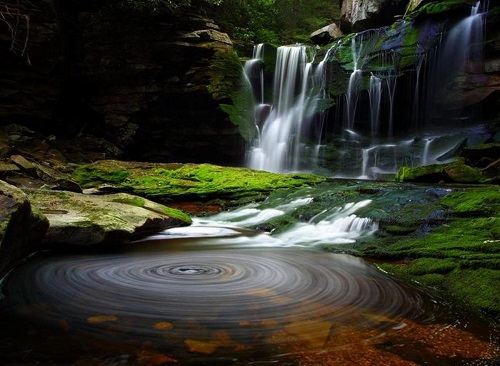 Elakala Falls are made up of four waterfalls down Shays Run in Tucker County, Western Virginia, United States. The falls are located in the protected area of Blackwater Falls State Park and are categorised as a segmented block waterfall due to the various separate flows of water falling from the river above. The Falls are divided into four waterfalls; the first has a 35 ft drop, the second is 15 ft, the third is 40 ft and the fourth is 20 ft. Whilst all of the falls after the first are deemed too dangerous to attempt to access by everyday hikers, the first waterfall is easy to approach from trails and is consequently favoured by photographers. 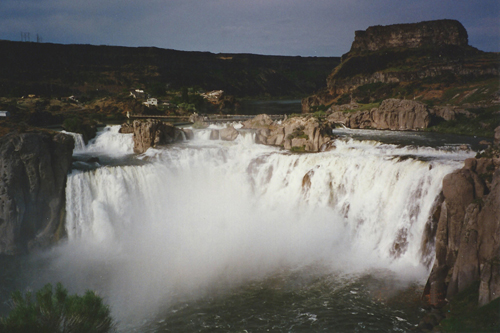 Shoshone Falls is a waterfall which is 212 ft high and 45 ft wide and is located in the Snake River Canyon on the border of Jerome and Twin Falls Counties in southern Idaho, United States. The falls are often compared to the famous Niagara Falls due to their appearance and scale. Shoshone Falls are categorised as block waterfalls because the waterflow falls from a wide river above. Due to the ferocity of the water at the basin of the waterfall and the sheer rock face that runs up it, fish cannot pass upstream and thus the waters are famously lacking in wildlife. 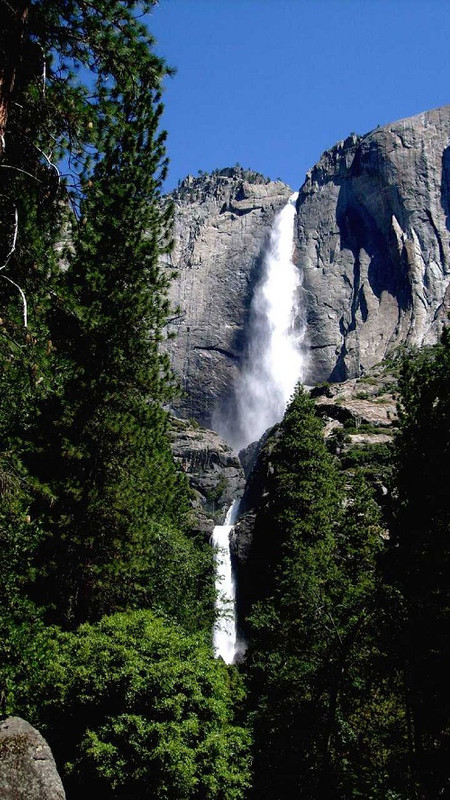