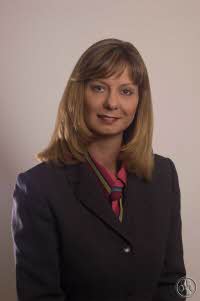 Kirstie is a new forum leader of the USA forum. In this interview we get to know her a little better!

Expat Focus: Kirstie, can you tell us a bit about your background before you became an expat?

Kirstie Wilson: Before coming to the United States I worked for the National Health Service in the UK for 10+ years.I was a Data Analyst and worked my way up to being a Health Information Unit Manager, reporting directly to the Director of Public Health. I had the distinct pleasure of working at Lothian Health in Edinburgh for the youngest, most dynamic Director of Public Health in the UK.

Firstly, I’m a sunshine girl! I have no idea how I ended up moving north from Blackburn to Scotland! (Actually, it was love; my first husband was Scottish)

Secondly, I came to Florida on holiday accidentally back in 1993 and fell in love with it immediately. By accidentally I mean that it was the cheapest deal available for a recently graduated and employed 20 something.

Thirdly, I have always had an urge to own a business and felt that the US psyche was more supportive of the small business owner than the UK. After all, 80% of business in the US is “small business” as defined by the Small Business Administration (SBA).

Expat Focus: What were the main challenges you faced when you first moved to the USA?

Kirstie Wilson: The main immediate challenge was getting the business we paid for! We bought a sporting goods franchise out of Pennsylvania based on a recommendation from our Immigration “Consultant”. To cut a long story short, there really wasn’t a franchise there. We never got our inventory and were given the run around by the Pennsylvania store for 3 months until it finally just vanished.

Expat Focus: How did you overcome the challenges?

Kirstie Wilson: We didn’t! We lost everything. I estimated that I was a total $150,000 out of pocket on the deal by the time we had paid to get out of the commercial lease etc. My marriage fell apart and we divorced 18 months after arriving in the US. I have managed to rebuild my life here in Florida and am now remarried and running an IT consulting business in Tampa Bay.

Expat Focus: What is the British Business Connection? What benefits does membership bring to British business owners in the States?

Kirstie Wilson: British Business Connection (http://www.britishbusinessconnection.com) is a combination online/local business community for British business owners in the US. It came about from meeting and talking to many Brits in Tampa Bay who immigrated on “Investor Treaty” visas (E2, L1) and have had a tough time making it work, professionally and personally. Many Brits come to the US on E2s and L1s as their only option, many never having owned or run a business before, and with limited business knowledge and experience. Such is the power of the “American Dream”. British Business Connection aims to bring together these British business owners as a support community; to share information, resources and experiences to help each other successfully grow their businesses. The organization is essentially for business networking.

Personally, my goals are to get my motorcycle license and buy a motorcycle at the end of the year, and to start my MBA year.

Expat Focus: What does the word "home" mean to you? Where do you consider "home" these days?

Kirstie Wilson: “Home” to me is the US. I have no intentions of returning to the UK. Although my parents are there and I still love to visit it isn’t somewhere I would want to live again. I have applied for US Citizenship and am currently studying for my Citizenship interview which I expect to happen in the next 2 months.

Expat Focus: If you had to give some advice to new forum members to help them with expat life in America, what would it be?

Don’t believe everything you hear about America being a cheap place to live! On the surface/initial research it appears to be that way, but property taxes, heating/cooling costs, home insurance, medical insurance…..are all more than you expect!

On the other hand, it is a great place to own and run a business. The resources, support and networking opportunities here are amazing.

Expat Focus: What do you do to relax?

Kirstie Wilson: My husband and I own a Victory Vegas motorcycle and ride most weekends, weather permitting (there hasn’t been much of it recently in FL with Tropical Storms and Hurricanes!) We often participate in “poker runs”; charity motorcycle runs with a poker theme. I love being able to give to charities and good causes by riding the motorcycle and blowing away the cobwebs! We also have a Jack Russell Terrier called Rosie who we adopted from the “pound” earlier this year. She is an energetic little thing and requires at least an hour of walking and playing in an evening.

Expat Focus: Kirstie, many thanks for your time and thank you for becoming a moderator at Expat Focus!

Kirstie can be contacted via Expat Focus or using the following details: