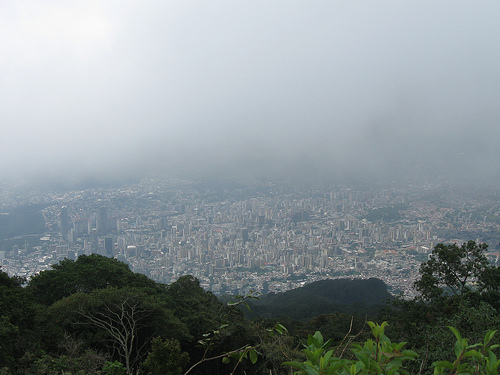 Venezuela is one of the more popular expat destinations in Latin America, and with good reason. If you consider most of the usual parameters for judging a place, Venezuela scores quite well. There are of course a few problem areas, and in particular, the economic troubles of the last few years are quite worrying, both for Venezuelans and for expats. However, for the most part, Venezuela is still a great place to live, and most expats are very happy in the country.Here are some of the things that make it such a great destination.

Venezuela has a surprisingly diverse climate, even though it is a tropical country in terms of its location right above the equator. In spite of this, temperatures inland, especially in the mountains, can drop extremely low. Fortunately for most expats though, 93% of the country’s population live in the urban areas in the north, and 73% live within 100 km of the coast. This of course is where most expats end up living, and where you have the great weather that people tend to associate with Venezuela. Expats love the warm summers and mild winters here, despite the substantial amount of rain.

Almost every expat you talk to will have great things to say about the Venezuelan people. They are almost universally described as warm and friendly, hospitable, helpful, and cheerful. After you’ve heard it a few times, it starts to sound like a bit of a caricature, but the descriptions are quite true. No doubt there are problems in the country, and people are angry about a lot of things (most expats in Venezuela eventually encounter at least a few political protests). Crime too is a problem, and of course we’re not recommending that you blindly trust every local you meet. There’s also the fact that punctuality isn’t exactly seen as a virtue in Venezuela, and the time it takes to get seemingly simple things done can be frustrating for outsiders. However, all the good things you hear are definitely true, and most expats learn to heartily embrace the good with the less easy.

Venezuela is a stunningly gorgeous country. It’s also extremely diverse – the country is one of only 17 that are described as “megadiverse”, meaning that they contain a huge proportion of the planet’s species. There’s the Caribbean coast in the north, the Amazon basin and rainforest in the south, the Andes Mountains in the west, Los Llanos plains in the center, and the Orinoco River Delta in the east; and the diverse landscape and topography have resulted in a mind-boggling diversity of species.

Of course, tourists and expats alike often come to Venezuela for the beaches, and they are very beautiful. Besides, with 73% of the country’s population living within 100 km of the coast, a beach is almost always easily accessible. In fact, if you’re in Caracas, which is where many expats live, the nearest beaches are less than an hour away. However, there’s a lot more to see in Venezuela, in every direction, and for every type of traveler.

Like many other South American countries, the mix of people of Indigenous, Spanish, and African origin has given rise to a unique, rich, and vibrant local culture. Expats love Venezuelan music and dance, as well as the other arts. Venezuelan cuisine is also rich and diverse, from the empanadas on the street to the national dishes like arepa and platano, and from the coconut milkshakes to the juices made from other local fruit. Sport is also an important part of the culture, and baseball, to many people’s surprise, is huge in Venezuela. In fact football (soccer), while popular, is not nearly as popular as baseball is. Football is also less popular here than it is in the neighboring countries, such as Brazil. Of course, Venezuelan culture is about a lot more than art, food, and football, and there’s plenty for expats to explore and fall in love with.