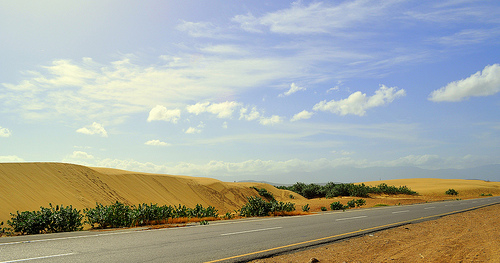 Many individuals think of moving to another country to spend their retirement years. Deciding upon a location can be confusing, and there are several factors to keep in mind, such as weather conditions, standard of living, cost of living, and safety. Venezuela is among those countries that enable retirees to enjoy an affordable lifestyle. Housing, food and transportation are several times cheaper than they are in countries like the United States.Expats who are thinking about retiring to Venezuela must also be aware of the challenges involved. The country is experiencing an economic crisis due to the decline of crude oil prices, and this has led to a current spike in daily expenses. Also, while Venezuela is considered to be a safe place for foreigners, the remote villages do witness high crime rates.

Expats are advised to take out health insurance, as public hospitals in Venezuela are not well-funded by the government and may not adhere to high standards. The bigger cities have a number of reputed private hospitals, but these can be expensive, and therefore a good insurance policy is beneficial.

Venezuela is endowed with great natural beauty with a variety of landscapes. It is known for its tropical beaches and abundant natural parkland. The big cities, which retain their Hispanic character, offer all modern amenities to a cosmopolitan population. Expats who plan to retire here can look forward to pleasant weather, a variety of outdoor activities, natural and man-made beauty and delicious local cuisine.

Here is an overview of some of the best places to retire to in Venezuela.

This is perhaps the most popular Venezuelan location among expat retirees. The largest island of the Nueva Esparta State of Venezuela, Isla Margarita has about 50 beaches along its coast. Expats will be able to enjoy more than 320 days of sunshine in this tropical destination. It is also the most developed of all the Venezuelan islands and has casinos, a golf course, amusement parks and many modern malls. From Isla Margarita, expats will also find it easy to plan day trips to nearby islands such as Coche or Cubagua.

The city of Mérida sits at the foot of a mountain and enjoys semi-tropical weather all year round. The main attraction here is the Teleférico, the world’s longest and highest cable car. Many wildlife-viewing trips to Los Llanos begin from Mérida. For expats looking to polish up their Spanish speaking skills, Mérida has some good Spanish language schools too. The city is affordable and safe, and great for expats who prefer a vibrant, yet cultured environment.

The capital city of the Venezuelan state of Táchira, San Cristóbal is a city known for its relaxed atmosphere and safety. The landscape of San Cristóbal is spectacular due to its location in a mountainous valley surrounded by forest. Expats can have the best of both worlds here, since city and countryside can be found alongside each other. Many of the events held in the city are related to sports, art or agriculture. San Cristóbal has traditionally been a safe place, but some protests and unrest have occurred in recent years.

Coro is the capital of Falcón state in northwestern Venezuela. The city and its Caribbean seaport are a UNESCO World Heritage site. Expats will discover a mix of Spanish and Dutch architectural influences in the historic buildings. One of Venezuela’s oldest churches is also located in Coro. The médanos or sand dunes are visible on clear days, and a few kilometers southwards is the Sierra de San Luis National Park, a great place for bird watching.

Maracaibo is the capital of western Venezuela’s Zulia state. It was named after a young native, Mara, who valiantly died fighting against the Spaniards. It is the country’s second largest city and has a population of above 2 million people. Best known for its distinctive music, Maracaibo is a highly developed city and often referred to as ‘La Primera Ciudad de Venezuela’, the most important Venezuelan city. But expats should be aware that Maracaibo is also one of the hottest cities in Venezuela! One of the main attractions here is the atmospheric phenomenon called Catatumbo Lightning.