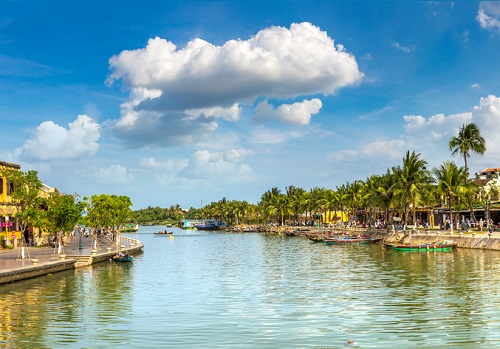 The State Bank of Vietnam, formerly known as the National Bank of Vietnam, was first established in 1961. As the central bank of the country, it has a number of responsibilities. For example, it maintains currency reserves, secures monetary stability, and manages the circulation of banknotes. It also regulates all of the other banks operating within the country. The first solely commercial bank opened in Ho Chi Minh City in 1987 to handle personal savings and to extend loans to enterprises and individuals.From 1992, Vietnam’s banking system had consisted of a combination of state-owned, joint-stock, joint-venture, and foreign banks. The state-owned commercial banks were suffering from high levels of non-performing loans (NPL), most of them to state-owned enterprises. Consequently, in 2005, Vietnam decided to equitize all five state-owned banks. In addition to NPLs, Vietnam’s banks have been said to suffer from low public confidence, as well as regulatory and managerial weaknesses.

Experts have noted an absence of international auditing and a lack of compliance with the Basel capital standards. Currently, large foreign banks are having to balance their interests in serving multinationals and expats in Vietnam with their frustrations over the continuous restrictions. For example, the foreign investment limit into national banks of Vietnam is currently set to 30%. 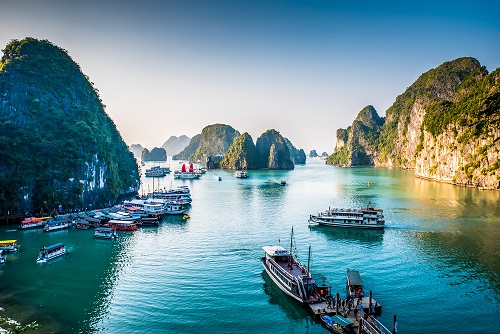 A number of international banks have a presence in Vietnam, including HSBC and ANZ. Many expats in Vietnam opt to use these banks, especially if they already have an international account with them before they arrive. Those looking to bank with a Vietnamese bank will find that Vietcombank is the most popular choice among foreign nationals. If you do not already bank with an international provider, the wisest course of action is to keep your home country account open (thereby maintaining your credit history and credit rating there) and to open a new local account upon arrival.

Vietnam ranks first in the world for helping foreign workers save money, with around 72% of expats agreeing that moving to Vietnam has helped them save more. In a separate survey, 72% of foreign workers stated that they had more disposable income in Vietnam than they did in their home country. Additionally, around 66% of surveyed expats in Vietnam said that they felt confident about the current economic climate in the country.

Many expatriates express interest in offshore banking, and this is for a myriad of reasons. However, offshore banking in Vietnam has become increasingly difficult. Various restrictions have been implemented to crack down on money laundering. Therefore, the best way to deal with offshore banking legitimately is to employ the services of an experienced financial advisor.

At the beginning of July 2019, significant changes were applied to expats looking to bank in Vietnam. Opinions on these changes are somewhat divided, with some reporting that the rules seem to have relaxed to a degree, whilst others claim the complete opposite. The main focus of the legislation was that foreigners and expats would be required to prove residential status (a minimum period of six months living in the country) in order to open a Vietnamese bank account.

Most banks in Vietnam have English-speaking staff, websites, and brochures outlining their services and packages, so it should not be a problem if you cannot speak Vietnamese. Typically, when opening a new bank account, customers are given the option of banking in Vietnamese Dong or US Dollars.

In order to open a bank account in Vietnam, you will need several documents to support your application and to prove your identity. These documents include:

You simply need to visit a local branch of your chosen bank and speak to an advisor. You will be given some application forms to fill out and sign, and your supporting documentation will be checked. The process itself is quite simple, providing you are residing and working in the country legally and have the correct visa. 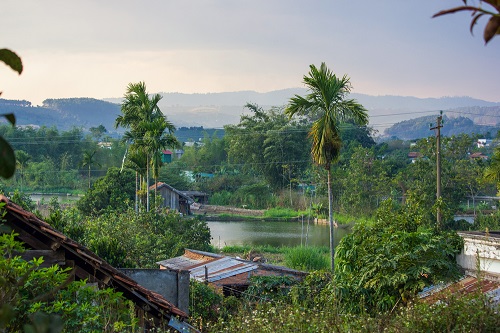 If you are opening a new bank account, you will typically be given the option of banking in Vietnamese Dong or US Dollars

More on banking in Vietnam

Bank opening hours vary. The majority of banks in Vietnam are open from 8:00 a.m. to 11:30 a.m., and then again from 1 p.m. to 4 p.m. These hours are applicable from Monday to Friday. On Saturdays, some banks and branches may open for a half-day, which is usually from 8:00 a.m. to 11:30 a.m. Some international banks may choose to operate over the weekend, but most banks are closed on Sundays and public holidays.

In addition to the internationally operating banks in Vietnam, there are a number of local banks to choose from. Vietnam’s top five banks by registered capital are:

You will also be able to find various expat orientated banking services, including from the international experts at HSBC and from the more local financial advisory firms, such as Credenda Associates, A&C Consulting Services, and Infinity Solutions.