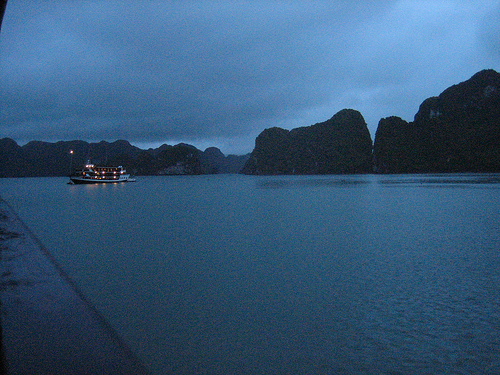 Vietnam is a blend of many different cultures, and its population is made up of many different ethnic groups. The capital city of Hanoi is a modern destination that continuously sees rapid change, while the economic hub of the country is Ho Chi Minh City, previously known as Saigon.

Vietnam is located in Southeast Asia and shares borders with China, Laos, and Cambodia. Over the years, the country has attracted travellers, visitors, and expats in large numbers.Vietnam has had a history of foreign occupation and warfare, and the nation still bears visible signs of this. However, expats will find that Vietnamese society is hospitable and the local people are warm and welcoming towards foreigners.

The custom of tipping varies widely between countries, but it is usually the standard of service that determines tips. Foreigners are often confused about the tipping culture in Vietnam. The practice of tipping was not common at all in Vietnam, until the waves of tourism brought with it many western influences, including the concept of tipping. Today, although tips are not expected, they are much appreciated. Tipping is especially common in Hanoi, Ho Chi Minh City, and certain other major cities. Most workers in Vietnam earn low wages, and tips are their only way of making extra money. Vietnam’s official currency is the Vietnam dong, but US dollars are accepted at most places, and can also be used for tips.

Expats may have to exercise some sensitivity when it comes to tipping, because the Vietnamese are a people with great pride and there may be rare cases where tipping can cause offence.

Many of the upscale hotels and eateries include a service charge in the bills, and this could be anywhere between 5 and 10 percent. However, this amount rarely reaches the service staff. If the management does send some of it their way, it’s most likely to be a meagre amount. An extra tip of VND 100,000/person is customary when the service has been outstanding. This amount usually applies to higher priced services.

Sampling Vietnamese street food is something all expats are bound to do during their stay. In fact, some of the most delicious food in the country can be found at street stalls. It is not customary to tip at street food stops, but you can still leave a tip if you receive excellent service. This would generally be a tip of about VND 20,000.

As an expat, you may need to stay at hotels in Vietnam either during your initial days in the country or while travelling around it later. When it comes to tipping at hotels, the level of service is the determining factor. If you’re not particularly happy with the service, you are not obligated to leave a tip at all. But in other cases, leaving a couple of dollars for good housekeeping service is appropriate. You can also give the bellman a dollar for each bag he carries. If you have been satisfied with the overall service at the hotel, you can leave a small amount at the desk before you check out.

You are not required to tip taxi drivers in Vietnam, and so your driver will not be offended if you don’t leave a tip. However, many foreigners do decide to round off the total amount and request the driver to keep the change, if they feel that the driver was particularly helpful or efficient.

Spa services in Vietnam are not as expensive as they are in western countries. This actually makes it confusing for foreigners who don’t know whether to tip or not in such situations. The common custom is to leave just a few dollars at the less expensive spas. The more upscale ones will most likely include the 5 to 10 percent service charge in their bills, which essentially covers your tip. But here too, if you feel your refreshing spa experience deserves a small reward, go ahead and leave an extra tip!

Hairdressers in Vietnam don’t receive too many tips, so when they do, it is appreciated. You can typically leave a tip of 10 to 15 percent of the bill if you feel you received good, friendly service.