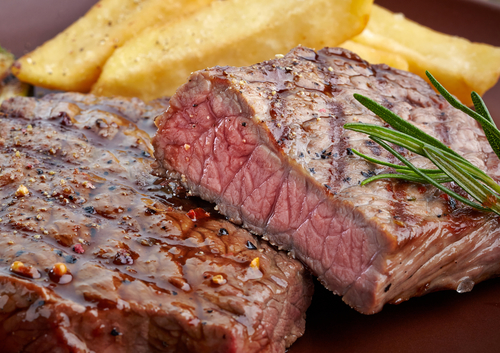 Living in Argentina offers you the perfect opportunity to indulge in sampling some of the country’s most popular dishes, including its legendary steak. Argentina is increasingly becoming popular in the travel bucket list of many people, both young and old. Whether you are in Argentina to explore its cosmopolitan cities, its world-renowned steak, or the romance of its hacienda, the country’s culinary delicacies will charm your tastebuds.

This is one of the most popular dishes in Argentina. Asado or parillada is a favorite barbecue often grilled and served by the fireside. Parillada is Argentina’s national dish that traces its origins with the country’s gauchos or cowboys whose diet consisted mainly of grilled beef. Once you go to a restaurant or eatery that serves asado, expect to find lots of beef, sausages, sweetbreads, and ribs roasting on a grill. In some parts of Argentina, such as Partagonia, expect to find chunks of lamb or pig roasting over open flames. The dish is served lightly salted and usually paired with Malbec.

This is Argentina’s go-to condiment. This delicacy is made from chilli pepper flakes, finely chopped parsely, onion, garlic, olive oil, vinegar, lemon, and oregano. It has a rich garlic taste and is often used as a marinade. However, you will find this condiment blanketing grilled beef and other tasty dishes throughout the country.

Grilled cheese is given a whole new meaning in Argentina. This dish was popularized by the significant number of Italian immigrants who came into the country. It has a strong, sharp taste that will blow your tastebuds away. This delicacy consists of grilled herbs, chilli flakes, oregano and crispy cheese. Many people add a light drizzle of olive oil or spoonful of chimichurri to the dish to top it off. 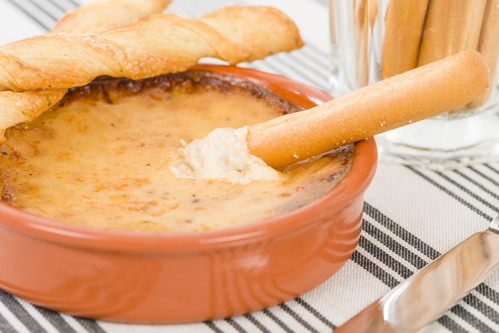 Provoleta is a popular cheesy choice

The cows grazing Argentina’s plains not only provide the country with quality beef, but also dairy products. The milk is often left to condense to create one of the most popular delicacies in Argentina: the dulce de leche, which loosely translates to milk jam. The delicacy is the result of condensed milk that is sweetened until it becomes sticky. This thick caramel can be seen in all types of dishes including helado, empanadas, and alfajores where it is generously drizzled in and eaten by the kilo full.

This is one of the most consumed food in Argentina. The origins of this dish can be traced back to Arabs who introduced it to Southern Spain. The Spaniards later brought the small crumbly biscuits to Argentina where it became a national sensation. Expect to see people eat these cylindrical biscuits during breakfast, as dessert, and throughout the day.

Tracing its roots back to the Middle East, then Spain, and finally Argentina, this dish was quite popular with the working class. This meal is deep-fried or baked and filled with delicious stuffing. Although regional variations do exist, empanadas are often packed with dulce de leche or jam and spinkled with sugar, sweet raisins, and cinnamon. Tasty empanadas often include spiced beef, cheese, vegetables, or chicken. The markings on the pastry help to identify the culinary treasures hidden within.

Although the thick slabs of Argentinean beef are out of this world, consider trying the matambre arrollado at least once. This dish consists of thin slices of beef rolled around vegetables, herbs, olives, and boiled eggs. Once the meat has been rolled over the filling, it is baked, boiled, or grilled. Matambre and arrollado loosely translate to ‘hunger killer’ and ‘to roll up’ respectively. Legend has it that because of the thin cuts of meat, the dish often cooks fast, which means that it can be eaten first to stave off hunger while waiting for the asado to be ready. 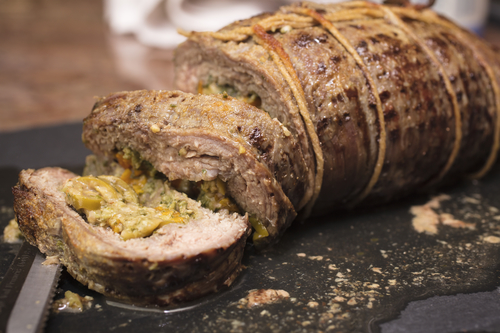 This is the go-to street food in Argentina and a requirement before any football match. Choripan is made from beef chorizo and pork cooked over charcoal or wood grill. Once grilled, the sausage is sliced down the middle and topped with chimichurri or served between slices of crusty bread. A host of condiments including pickled aubergines, green peppers, and onions may be added to the delicacy.

The indigenous populations in South America were the first ones to use and cultivate yerba mate before European nations colonized the continent. This is a popular drink in Argentina consumed by both the young and old. Yerba mate leaves are chopped, ground, or dipped whole in hot water. Many people in Argentina drink yerba mate as part of an important social practice in the country. You will often see people in groups drinking yarbe mate in gourds, each sipping before passing it on.

Argentina’s wine is world-famous. Mendoza is the most popular wine region because of its volcanic soils, high altitude, and proximity to the Andes Mountains. Visit wine tasting events to savor the country’s best wine selections.

This is a popular drink served in most restaurants. Argentinean beer is often light and easily drinkable. Some of the most popular local brands include Schneider, Brahma, Isenbeck, and Quilmes. You may also enjoy international brands such as Budweiser, Heineken, and Corona in the many restaurants located in the country.

This drink is popular in the cities including Buenos Aires, Cordoba, and Santa Fe. Tracing its origins in Italy, Fernet is a bitter drink made from herbs. The drink is dark brown in color and has alcohol volume of about 40 percent. It is often served with coke and may be enjoyed with coffee and espresso. Many Argentineans drink Fernet after meals to aid digestion. Enjoy the drink at room temperature or with ice.

The official legal drinking age in Argentina is 18. Restaurants and cafes that serve alcohol to minors can face severe legal repercussions. Cafes often have a wide range of fruit juices for minors and teetotalers.

What's your favourite Argentinian meal? Share your thoughts in the comments below, or answer the questions here to be featured in an interview!