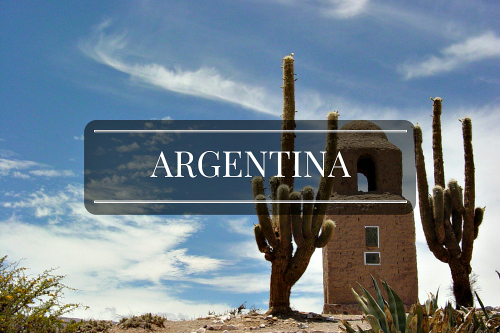 At Expat Focus, we like to be on the lookout for resources around the web that could help prospective expats adjust to their new countries. Today, we’re taking a look at Argentina and some of the blogs that might be useful for expats there.Finding Freddie
http://findingfreddie.co/

See expat life through the eyes of Freddie, a twenty-something Aussie who found herself buying a one-way plane ticket after being made redundant from her job. Freddie shares her experiences living and working in Buenos Aires, exploring other destinations and learning a new language. She has passed her two-year ‘travelversary,’ is dating an Argentinian and promises to keep readers updated as to when one of her boyfriend’s joke marriage proposals may actually be the real deal.

A Norwegian in Argentina
https://noruegaenargentina.com/

Norwegian Eirin Kallestad regularly blogs about her travels around the country and aspects of everyday life. She has a handy collection of links to resources for Norwegians interested in Argentina, and vice versa. While posting mostly in English, Eirin also sometimes updates her blog in Spanish and Norwegian.

Once from California… now officially from Buenos Aires. Deby sold everything she owned 12 years ago to move to Buenos Aires to indulge in her love of tango and own a B&B. These days she’s a permanent resident, teaching English and posting about both the good and bad aspects of her Argentinian life. Scour the archives to read her honest opinions on local men, and some hilariously frank experiences as a serial internet dater in her 60s.

Chef Dan Perlman runs a closed-door restaurant from his apartment in Buenos Aires. When he’s not cooking and posting about his own creations for his Trip Advisor-acclaimed dinners, Dan eats his way through the city and rates local establishments. Drool over Dan’s critical assessments of empanadas and shawarma, take in his recommendations for ‘shrimp on the barbie’ and follow his ramen quest. Abide by Dan’s colour-coded, 92 Bus Pizza Trek guide to make sure you never grab a bad slice, along that particular city route anyway.

Pick up the Fork
http://pickupthefork.com/blog/

A serious eater’s guide to Buenos Aires and beyond. Allie Lazar’s blog has been praised by the likes of the New York Times, Rolling Stone Magazine and the Guardian among others. She even has her own TV series. With a cup of silliness, Allie covers all the tasty eats so you can just choose and show down; from dirty street food vendors to top chef tasting menus, pop ups and closed door restaurants.

Notes from A Broad
http://notes-fromabroad.blogspot.co.uk/

For close to a decade Candice chronicled life as an expat in Buenos Aires before she and her husband moved back to the United States. Seven months later she found herself suddenly widowed. Living in a Florida condo for now, Candice is plotting to head back to Argentina. Browse her blog archives for beautiful stories of expat living.

Jorge and his partner have been living in Cordoba for the past four years, and it’s had its ups and downs. Jorge shares his experiences with the local healthcare, education and employment systems. He also comments on happenings in the political landscape, provides cultural comparisons with the US and offers tips to those looking to make the move themselves.

Global citizens – a blog for tourists, expats and locals
https://katti.me/

Originally called ‘Why on earth did I move to Argentina?’ Flemish Belgian Katti no longer lingers on why she moved to Buenos Aires – she just knows it’s where she wants to be. Being a photographer, her blog is of course filled with stunning snapshots of Argentina and other destinations when she travels. Katti writes about societal issues, personal reflections and interesting/offbeat things to do.

We’re always on the lookout for more sites to feature – if you run a blog about living in Argentina, leave us a link in the comments and we’ll take a look!