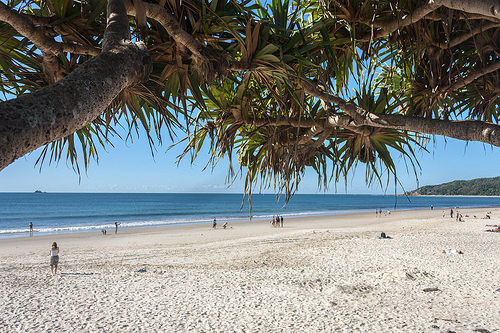 Take any place in the world, and you’ll find things to love about it and things to dislike. Expats tend to feel this more strongly, and it often comes in waves of succession – happiness while everything is new and exciting, followed by homesickness, culture shock, and frustration. Then, depending on your attitude and situation, it could go anywhere, but in the best cases, there are the lucky expats who find a deeper love and acceptance of their new home.Here are five things that expats living in Australia love about the country, and five things they hate.

The slang. Aussie slang is massive amounts of fun – and this is both with and without the free use of expletives. You might feel a bit fake the first few times you use a piece of Aussie slang, but eventually, the words will roll right off your tongue. In fact, unless you’re extremely uptight about “proper English”, you’ll find Aussie language as a whole delightful, and reflective of the generally casual, friendly, irreverent culture of the country.

The coffee. Australia has an amazing coffee culture, to the extent that international coffee chains have a very small market share and struggle to survive. The market is dominated by local coffee shops serving coffee that’s better than anything most expats have tasted back home.

The beer. The Australian craft beer scene is booming, and although “macro brews” are still popular and there remains a sizable percentage of the population that’s more interested in the kick than the taste of their drink, the variety and quality of Australian micro-brews is impressive. American beer fans may be used to having a similarly wide range to choose from, but they certainly won’t be disappointed. For everyone else, Australia will (arguably) be beer paradise.

The landscape. In terms of almost anything you can think of – diversity, scale, beauty – the Australian landscape will blow you away. You’ll be able to see skies, waters, deserts, mountains, and natural phenomena you didn’t even know existed, and it’ll all be stunningly beautiful.

The beaches. You could include this with “landscape”, but the Australian beaches deserve their own space. Besides, while the beaches themselves certainly are gorgeous, the Australian beach culture is equally important – swimming, sunbathing, surfing, scuba diving, beach sports, beach cafes … there’s an endless variety of beaches and things to do there.

The prices. Australia is expensive! And this includes pretty much everything – housing, transport, alcohol, eating out, movie tickets, internet – you name it, it’ll probably cost more than it did back home.

The racism. This one is a bit complex – in many ways, Australia is very multicultural, and has been so for quite a while. Many Australians are extremely welcoming and accepting of people from other races and cultures, both personally and in their politics. However, there still remains a lot of racism, both in personal interactions and in the politics of the country, and occasionally, this racism is manifested in violence. While the media tends to blow individual incidents of violence out of proportion, these incidents do indicate the existence of a serious problem.

Christmas in summer. (Or summer at Christmastime.) Whichever way they look at it, most expats who are used to a winter Christmas just can’t get used to Christmas in Australia. Even for expats who don’t particularly enjoy the freezing winters back home, it just doesn’t feel like Christmas when they’re going down to a sunny beach instead of huddling at home with a mug of hot chocolate.

The size of the country. Australia is massive. And if you want to see the country – for example, those beautiful landscapes we mentioned earlier – it’ll take a fair bit of time and money to get around.

Those are some of the things to weigh up if you’re thinking of moving to Australia as an expat. Have you lived there? Share your own experiences in the comments.