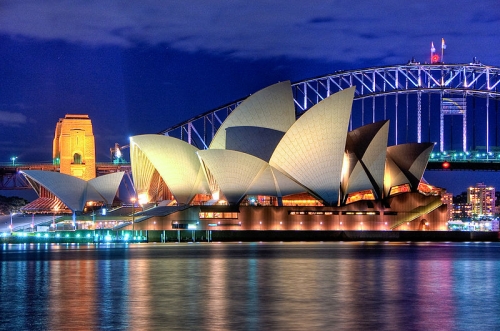 The cost of living in Sydney is notoriously high, and it usually makes it onto the top 10 list in the world. But, like its expensive cousins, for many expats the price is worth it. With its beautiful beaches, famously good weather, iconic scenery, and plenty of entertainment, Sydney is a popular place to live.

This leaves many people wondering how much it really costs to live in Sydney. Is it as bad as all that? On a scale of Bangkok to New York, Sydney certainly sits on the higher end of the scale, and while a budget can help, some costs are unavoidable.The following guide will give you an idea of how much you might expect to spend per week to live in Sydney.

The cost of renting in Sydney is the greatest contributor to the high cost of living, and you will pay considerably more to rent in Sydney than you will in any other Australian city.

For a one bedroom apartment, you’re looking at AUD$450 to AUD$550 per week, going up to AUD$650 for a two bedroom place. You can find cheaper rents, but they are likely to be further out of town, and in less desirable areas.

Utilities are one area where you might sometimes be better off in Sydney than other Australian cities, but in general you’ll pay much the same in Sydney, Melbourne or Brisbane.

So how much will it cost? Based on the expenses per month for a small apartment, you’re looking at around AUD$190 for basic utilities such as electricity and gas, and around AUD$70 per month for the internet.

Australia has a 4G phone network, and a plethora of suppliers to choose from. How much you pay will be largely dependent on how much data you want.

If you supply your own phone, you can get 2GB of data with unlimited calls and texts for around AUD$20 per month. There are plenty of companies that will allow you to extend the plan month to month, without signing a contract.

The price for a meal at McDonalds in Sydney is around AUD$11, on par with what you’ll pay in the USA, cheaper than Paris, but more expensive than Toronto.

A meal at an inexpensive restaurant is likely to cost you around AUD$15, with another $7 on top for a local draught beer.

If you’re up for something a little more up market, then a night out for two at a midrange restaurant will cost approximately AUD$80.

All in all, prices for eating out in Sydney are on a par with other big Australian cities such as Melbourne and Brisbane, and cheaper than some other famously expensive cities like London and New York.

Australia as a whole is not cheap when it comes to groceries. It will cost as much as 25% more when compared to the UK to do your weekly shop. And when held up against comparable Australian cities, Sydney is more expensive still.

You can expect to pay AUD$1.50 for a litre of milk, and AUD$3 for a standard loaf of white bread. It’s a good idea to budget about AUD$80 per week for groceries, and keep an eye out for special deals.

Though the locals may complain, Sydney’s public transport system is regular and reliable. It can, however, be confusing, and in the past calculating fares has been notoriously difficult.

Since August 2016, however, all this has changed with the full roll-out of the Opal Card, which you can use on all trains, ferries and buses. It is, however, bafflingly difficult to get hold of one as they don’t seem to be readily available at most train stations, ferry terminals or bus stops. So it’s a good idea to pick one up at the airport on your way in.

Fares are charged according to the distance travelled, and the time of day. But if you’re using an Opal Card, they will be capped at AUD$15 per day or AUD$60 per week, regardless of how many journeys you take.

The good news is, there’s no shortage of entertainment to be had in Sydney. Whether you like the theatre, live music, cinema, or just a good night out on the town, Sydney has plenty to offer whatever your tastes.

It comes at a price, however. Standard cinema tickets have cracked the AUD$20 mark, and it can cost as much as AUD$30 for a cocktail in an upmarket venue.

The cost of a theatre ticket varies wildly, as do live gigs. At the cheaper end of the scale you’re looking at AUD$30 per ticket, going all the way up to AUD$250 or more for high end or limited run events.

All is not lost, however, and you can have a cheap night out with a bit of forward planning. Look for happy hours at bars and clubs, when drinks will be considerably cheaper, and take note of cheap nights at cinemas. ‘Tight Ass Tuesday’ is something of a local institution, so Tuesdays are a good time to look for a deal.

As with most countries, the upfront cost of buying a car pales in comparison to the funds required to keep one up and running in Australia and according to the Transport Affordability Index, Sydney is the most expensive city of all at AUD$419 per week.

The high cost of owning a car in Sydney is associated with road tolls, registration, and compulsory third party insurance. And that’s before you add in petrol, servicing and maintenance.

When you consider that road congestion is a big problem in Sydney, you might want to take the train instead.

Australia has the dubious honour of being ranked the third most unaffordable place to purchase property in the International Housing Affordability Survey of 2016. And unsurprisingly, Sydney has the most expensive housing in the country.

The mean house price in Sydney is AUD$880,000, 30% above the national average. And with demand for housing continuing to rise, it’s unlikely that prices will go down any time soon.

The Australian government has taken steps to reduce the level of offshore property ownership by introducing higher stamp duties for foreign buyers, so you may also need to take this into account if you’re looking for a more permanent residence in Sydney.

When it comes to home ownership, Sydney, like many other major metropolitan hubs all over the world, is only achievable for some.

Have you lived in Sydney? Share your experience in the comments!