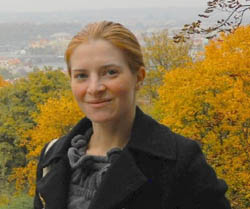 There are a plenty of helpful articles focusing on how an expatriate can find a dream job abroad, get a work visa, and settle into the adopted country. All of these represent big hurtles needing guidance in and of themselves, but what happens when you start actually working? What are the real challenges? And how do you overcome them?

As working professionals, we know that the office can be a jungle. There are millions of articles, books, blogs, and other resources on how to survive life at the office. By that, I mean how a native can survive the office in their native country. But what about expatriates who have to survive in an office environment where the co-workers speak an entirely different native language, follow a unique social etiquette, and function in a completely dissimilar manner from what the expatriate has previously experienced?Entering the work environment in another country is as equally shocking as moving to and living in another country.

As an American who chose to move to Austria, I struggled more with the office culture than I did with everyday life in a foreign land. American business people definitely have their own work style. Americans tend to be aggressive, team-oriented, and solution driven. Applying this manner of doing business resulted in nothing but trouble for me in Austria. I was confused and frustrated. The strategy would have worked for me brilliantly at my company in the United States. What was I doing wrong such that I was struggling so much in Austria?

After thinking about it for weeks, I finally realized my mistake. I had been so caught up in integrating myself into the Austrian living culture that I had not even thought about educating myself about how Austrians act and are expected to act in the working world.

Dr. Hofstede created a model that identified four dimensions by which to review and understand different cultures: Power Distance, Individualism, Masculinity, and Uncertainty Avoidance. Once you understand and accept these dimensions and how they differ from your own, you will be ready to face cultural work challenges head on.

What I learned from this model was that I was struggling with the difference in the dimensions that were termed Power Distance and Individualism. The Power Distance dimension is defined as the extent to which those without power in the organization accept the unequal distribution of power. Thus, a common cultural practice is to “do as you are told” and not question directives. The Individualism dimension refers to the extent to which people are expected to stand up for themselves and be independent as well as competitive.

According to Hofstede, Austria ranks low in Power Distance and the United States ranks highest in Individualism.

The clash of my American work style in Austria was most apparent in terms of fulfilling the high rank of Individualism. I was being solution oriented, coming up with unique ideas, and taking on responsibilities to prove that I was independent and competitive.

My Austrian co-workers were paralyzed by the Power Distance. They translated my work style as stepping out of line, questioning authority, and pushing them to make decisions that they felt they had no right to make. Discussions and meetings ended in anger and frustration on both sides.

Once I realized the difference between the American working style and the Austrian working style, I was able to cope with my frustration due to my enlightenment. I approached my co-workers with a lot more understanding and sympathy. I tried to be more careful when picking my battles and was more aware of when I was potentially “stepping on toes.”

Though I was not completely open to changing my work style since I continued to enjoy work success, I did change how I communicated with my co-workers. I took responsibility off of their shoulders. I went out of my way to ensure them that I had their bosses’ permission to request that they do something. I offered them the security that they needed to get the job done.

When gearing up to start working in a foreign country, especially that of the tricky office environment, be sure to take as much time and care to understand the office culture as well as the living culture outside of work. You will then be able to approach work at the office with more patience, acceptance, and flexibility—all valuable traits to get you through the office jungle.

Britta Pichler is an American expatriate currently living in Vienna, Austria, working for an international company headquartered in Vienna. See her blog at http://op-expat.com/.