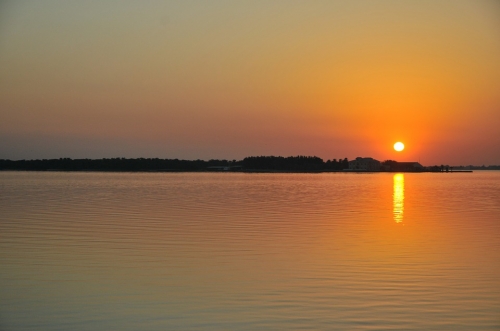 Bahrain has been an expat hotspot for decades. In fact, the expat population outnumbers the locals. Bahrain is located at the heart of the Persian Gulf and is a commercial and cultural hub of the region. Its population is nearly 1.3 million, and even though it is a small sovereign state, it is the fourth most densely populated destination in the world. Bahraini nationals account for just 48 percent of the population, with the rest being expats from different parts of the world.Expats moving to Bahrain for professional reasons will discover that the salaries are high. There are also no personal taxes, adding to its appeal as an expat destination. Most people living and working in Bahrain maintain that they earn a larger disposable income and have a higher standard of living that they did in their home countries. Expats constitute a major part of the workforce, at almost 70 percent. Here is a closer look at what it is like to live and work in Bahrain.

A constitutional monarchy, Bahrain has had King Hamad bin Salman Isa Al-Khalifa as its chief of state since 1999. Prime Minister Khalifa bin Salman Al-Kahlifa is the longest serving prime minister in the world, having headed the government since 1971.

Unlike other Middle Eastern countries, Bahrain has its own democratically elected parliament as well as local councils. However it is the King’s rule that is absolute, therefore parliament rulings do not always become law. Bahrain’s legal system combines Islamic law with English common law.

Bahrain has always been attractive to expats, and this has only increased with recent economic and political reforms that have made the country more lucrative for overseas companies and professional expats. Bahrain is among the more progressive Islamic nations and women have had the right to vote and participate in elections since 2002. In spite of this, there are those who feel that political liberalization still has a long way to go.

The official religion of Bahrain is Islam, but since overseas nationals occupy a considerable part of the population, the population of Muslims is just 70 percent. The Christian minority is about 14.5 of the population and is the second-largest religious group in Bahrain. Bahrain’s official language is Arabic, but English is widely used across the state. Bahrain is known to offer a high quality of life to its residents and was ranked among the top five countries worldwide in a recent expat survey.

Bahrain is considered to be a liberal state, but most of the local population is conservative. Even though there is a high level of religious tolerance in daily life, it is important that local and religious customs are not disregarded. Foreigners, especially western women, are expected to dress modestly in public.

There are also regulations with regard to the behavior between men and women. Public displays of affection are considered offensive, and therefore disallowed, especially during the holy month of Ramadan. Married couples may hold hands, but outside of marriage, living together and sexual relationships are considered illegal. A woman who becomes pregnant outside of marriage may face imprisonment. Homosexuality is legal as its takes place between consenting adults, but it can still cause social discrimination and legal action under laws pertaining to the protection of public morality. 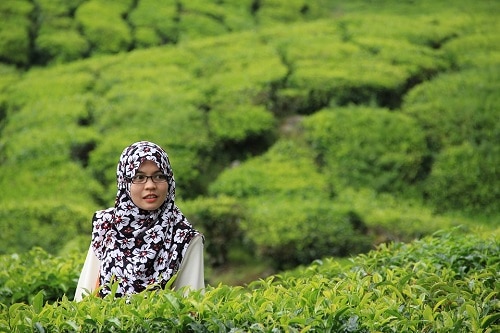 It is important to dress modestly in Bahrain
© ObeyGravity

Like other Islamic countries, the local population of Bahrain does not consume alcohol, as it is not permitted under Islamic law. But the sale and consumption of alcohol is legal for non-Muslims. Alcohol can be purchased at licensed venues, some hotels and stores. It is still illegal to drink in public and drunken behavior is deemed a serious offence. Bahrain follows strict rules against drunk driving.

Bahrain still has its Arab roots, but today it has become a melting pot of people from different nationalities and ethnic backgrounds. The country is perceived as being more liberal than the surrounding Middle Eastern countries, but it still has moral rules that govern almost every aspect of life. Expats will greatly benefit if they read about the Arab lifestyle before moving to Bahrain. Most of the locals speak English and are generally welcoming to foreigners.

The locals tend to dress smartly, even in their traditional wear. It is not uncommon to spot men in crisp dishdashas and gutras, which make up the traditional garb. Women wear abayas, which are exquisitely designed, and do not usually cover their heads and faces. However, it is customary to cover the shoulders and knees. Dressing in revealing clothing may result in harassment. Men and women are expected to dress conservatively in business settings.

Ramadan, the Islamic holy month, may come as a bit of a culture shock to foreigners. During this time, food and drink can only be consumed after sunset and before sunrise. Work hours may be adjusted accordingly. Many companies have a designated area where non-Muslim employees may eat during the days of fasting.

There are certain customs and rules of etiquette that must be followed when living and working in Bahrain. If you are invited to the home of a local, remember to avoid alcoholic gifts. It is customary to open gifts only after the guests have left. When visiting a Bahraini’s home, expats may be required to leave their footwear at the door. 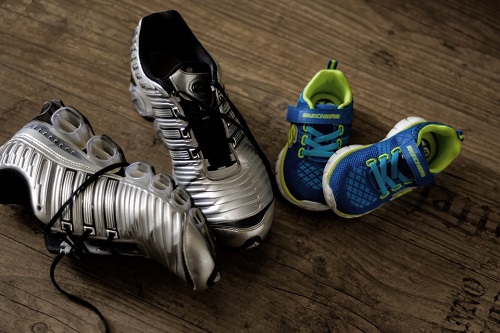 Greetings in Bahrain culture take the form of handshakes between men, and kisses on the cheeks if they are known to each other. Women generally do not shake hands with men, but may hug and kiss other women. Expats should keep in mind that a man may only shake hands with a woman if she offers her hand. When offered tea or coffee, it is considered impolite to refuse. Bahrainis enjoy socializing, but it is common for men and women to socialize separately.

Alcohol is forbidden for Muslims, but in Bahrain, it is available to others over the age of 18. Expats can buy alcohol at special outlets that are located away from residential and school areas. The government oversees club membership and the process of joining may take a while. But many expats consider it worth it as it places them in the vicinity of likeminded individuals, including locals.

Bahrain’s healthcare system has considerably improved during recent years. Expats will discover comprehensive healthcare infrastructure with options for public and private healthcare. There are a number of state-funded hospitals, private medical facilities, clinics and maternity hospitals. Compared to other countries in the region, Bahrain spends the most on health, and is also one of the healthiest Gulf countries.

The healthcare system does face some challenges too, though. Since the country attracts a large number of people, the government must attempt to cater to the steady flow of expats and migrant workers. Nationals are eligible to receive free and subsidized healthcare. Expats who have a Population Registration Card (CPR) are also eligible for this. However expats need to pay for emergency services. Since the country has a small population, there are rarely any long waiting times.

The Salmaniya Hospital is considered to be the best-equipped public hospital, offering services that match international standards. Many choose to be treated at this hospital, even if they have private health insurance. Many expats prefer to purchase private insurance, even though they have access to the public health system.

Some of the reputed private hospitals include the International Hospital of Bahrain, Awali Hospital and the Bahrain Specialist Hospital. Bahrain provides its residents with a high quality of medical care; however, there are few specialist treatment centers and expats in need of such care may have to seek it outside of Bahrain.

The discovery of oil in Bahrain took place in 1932. The quick modernization that initially occurred can largely be attributed to the oil industry. The local government also made efforts towards diversifying the economy. Bahrain is still a major player in the petroleum industry, with more than half of exports and government revenue coming from that sector. Bahrain has also emerged as a big player in the banking industry, and is an integral financial capital hub in the region. Due to economic growth, a number of multinational companies have set up headquarters in Bahrain’s capital city of Manama. Some of the other fields in which Bahrain is actively involved include trading, construction, ship repairs and tourism. The island state is known to have the most liberal economy among all the Middle Eastern countries. Women are also a part of the workforce. 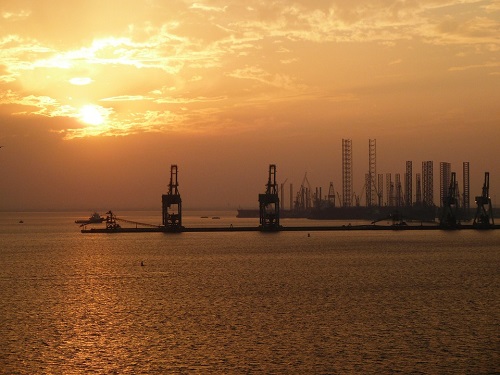 Oil and ship-building are popular industries in Bahrain
© Kit

Expats in the workplace are expected to dress conservatively. This applies to both men and women. Since English is widely spoke in Bahrain, expats are not likely to have any difficulty in communicating with colleagues.

There are some ways in which the Bahraini work culture differs from that in the western world. For instance, it is common to have sessions of small talk. This can prove to be beneficial as it enables expats to known their colleagues on a personal level too. There is great emphasis on punctuality in the Bahraini work culture. Being late or unprepared can reflect badly on one’s reputation.

Work hours in Bahrain are usually from 7am to 2pm. Many choose to take a break in the afternoon, which is the hottest part of the day, and return to work later in the afternoon and until evening. During Ramadan, working hours are shorter.

Expats may arrive in Bahrain on a tourist visa and look for work. However, most expats are hired from overseas by recruitment agencies. Individual companies may also hire expats. Having a letter of introduction is a benefit for expats.

To work legally in Bahrain, a sponsoring employer must file an application on the expat’s behalf. Reasons must be specified as to why the specific skills could not be sourced from the local workforce. Expats hired on a contract basis are eligible for an ‘indemnity’ at the end of the contract period. This amount can depend on the length of the contract and is based on the salary excluding bonuses. Those who have been working in Bahrain for a long period of time can receive a considerable amount. The indemnity is not linked to insurance but is a sort of bonus at the end of the contract, which an employer is required by law to pay the expat worker.

Expats who wish to do business in Bahrain will discover an environment that is familiar with foreign influences. Bahrain ranked 53rd out of 189 countries in the 2015 Ease of Doing Business Survey. The criteria where Bahrain ranked fairly well included registering property, paying taxes and dealing with construction permits.

Like in most Arab nations, personal relationships are an important part of the business culture. Therefore initial meetings are the environment in which the focus is on relationship building. Business tends to move slowly and it is not considered proper to make an attempt to rush it. Coffee or kahwa is usually a part of business meetings. Bahrainis tend to use indirect language and efforts are made to save face. They also try to avoid disappointing others with straight out refusals. It is not the norm to openly contradict another.

Business attire is strictly formal, irrespective of the weather. Women in business settings also dress modestly, taking care to keep their arms and legs covered. Local businessmen may wear the traditional garb of a dishdasha.

On the whole, Bahrain’s business culture welcomes foreign investment. Expat businesspersons are expected to respect the local culture and tradition, but they are not required to follow it themselves.

The fact that there is no personal or income tax on the monthly income is one of the many advantages of living and working in Bahrain. Only a 1% deduction occurs from the monthly salary, which goes towards subsidizing the unemployed in the country.

Have you lived and worked in Bahrain? Share your experiences in the comments below, or answer the questions here to be featured in an interview!