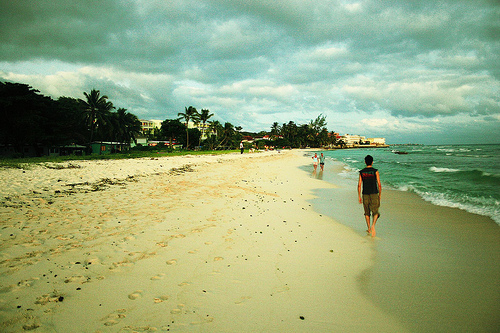 Moving to an island paradise in the Caribbean is a common dream, one that many people in the US and Europe actively plan for and work towards. The beaches, the sun, and the climate in general are of course major draws, and for some, cultural aspects such as music and cuisine are also important. In addition, there are expectations of a simpler life that’s more relaxed and in touch with nature, and of course cheaper.While much of this is true of many of the countries and territories in the Caribbean, and of Barbados too, the reality of any of these places is of course always more complex, and there are factors that can make many people think twice.

A move that has been thoroughly considered is more likely to be a happy one, so here are five things that you should know about Barbados before you actually pack your bags.

The island is densely populated.

Some would describe it as crowded, even overpopulated, and they wouldn’t be exaggerating. This small island nation, with an area of roughly 430 square kilometers, is home to a population of around 280,000 people, making it the 18th most densely populated country in the world. If you like a lot of personal space, and if you enjoy peace and quiet, you might have a tough time in Barbados. Sure, the island is gorgeous, but it can get difficult to find a spot that you can enjoy by yourself (or with select company). Barbados also has all the other problems that come with a dense population, such as traffic, high rents, and so on.

It can be expensive.

Unless you’re willing and able to drastically change your lifestyle (which of course many expats do look forward to doing), Barbados can be extremely expensive. Since it’s an island, and since it’s as densely populated as it is, a lot of its needs must be met by imports. This in itself increases the cost of products, but government taxes on certain imports make them even more expensive. You’ll need to give up the brands you’re used to and use local brands instead, and you might have to give up some things entirely – a car, for example, is one thing that many expats decide to just do without. Unless you’re earning a lot of money (which again is difficult here), you’ll have to learn to live like a local.

Things can move slowly – and sometimes not move at all.

We say “things” because this can really apply to just about anything, from processing a government document to being billed at a store. Of course, you already know that life is slower in the Caribbean, and that’s probably one reason why you want to move there. However, it’s easier to slip into slow mode when you’re on vacation and have all the time in the world. When you’re actually living in Barbados and need to get on with your day and your life, it can be very frustrating to be all but ignored by a store attendant or government clerk.

The economic situation in Barbados isn’t dire, but it isn’t great either. Many Caribbean nations have been going through a bit of an economic crisis in the last couple of years, and Barbados is one of them. In addition, finding work can be even more difficult for expats, especially a well-paying job that allows you to live comfortably – after all, you’re not moving to Barbados to struggle. Many also feel that locals are preferred by most employers, even over better qualified foreigners, and government regulations make it difficult to get visas and work permits too.

Admittedly, lots of expats love the weather, but there are also many who don’t. Barbados has only two seasons, and temperatures throughout the year are roughly between 20 °C and 30 °C – the only difference between the two seasons is that it rains from June to November. The rain during the wet season can eventually get tiresome, and the humidity, which is high throughout the year, can make even the lower temperatures feel uncomfortable.

Having said that, Barbados is a beautiful place to live with a vibrant, friendly culture, and many expats are very happy making their homes there. It is important before moving, however, to do your homework and decide whether Barbados – or indeed any country – is the right destination for you.

Have you lived in Barbados? Share your experiences in the comments.