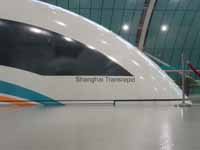 Shanghai, being a global financial center and the commercial hub of china, is a busy city with a large population. The city caters to the needs of its citizens, expats and tourists through a wide network of public transportation services. Since adjusting to the complex grid of buses, trains and taxis in a bustling metro can be quite intimidating; we bring you our expat guide to Shanghai’s public transport system.

Metro
The metro is one of the best ways to avoid the traffic congestion on the roads and get around the city. The Shanghai Metro is among the busiest metro systems in the world and consists of several lines that cover more than 400 km. It is easy to switch lines at interchanges, which are stations where various Metro lines meet.At physical interchange stations, passengers can switch between lines without having to exit a fare zone. However, at some interchanges, called virtual interchanges, passengers are required to exit the fare zone and buy another ticket before joining another subway line. Regular travellers will benefit from the Shanghai Public Transportation Card, which provides discounts on fares and helps you avoid the hassle of standing in queues to buy tickets. These cards are called ‘jiao tong’ cards and are available at all metro stations and even at banks and convenient stores. The cards can also be used in buses and taxis, being a type of rechargeable cash card.

Metro tickets are known to be quite cheap and can be purchased at ticket windows or vending machines that calculate the fare automatically once you specify the destination.

Expats will find it easy to use Shanghai’s metro system as the signs are in English as well as Chinese. The trains are also air-conditioned and modern. It may be best to avoid travelling at peak hours, however, due to the crowds especially at popular interchanges.

The three-color system launched by the Shanghai Metro is an extremely effective way of aiding passengers as they travel around the city. The colors red, yellow and green represent three different states of the trains. Red indicates that a train is in an interrupted operation; yellow indicates that it is in a crowded state and green implies normal flow.

The Maglev
Shanghai’s Maglev train (SMT) is a magnetic levitation train that began regular commercial service since 2004. It connects Pudong International Airport to Longyang Rd. Station. The average speed of the train is 250 km/h, enabling passengers to travel to and from the airport in just eight minutes. The tickets are also economically priced and the SMT is considered to be among the most affordable high-speed trains in the world.

Buses
Although the buses in Shanghai can be overcrowded during rush hours, it still remains a popular mode of travel. The bus system is extensive with many transportation companies running various lines. Some of the buses are numbered, while some bear only Chinese names. Shanghai also has the Trolleybus, which has the distinction of being the oldest continually operated trolley bus system in the world. The trolley buses are numbered from 1 to 30 and run on certain selected routes.

Taxis
Taxis are an economical means of transport especially if you’re travelling with companions. They are also safe to travel in and the registration plate number and complaint telephone numbers of the taxi company are clearly visible next to the logo light on top of the vehicle. If you’re not familiar with Chinese, it is advisable to have your destination address written down in Chinese so you can show it to the driver.

Ferries
Ferries are a convenient way to travel across the Huangpu River in Shanghai especially when the roads and bridges are congested. The Huangpu River runs through the city, dividing into the Pudong New District to the east and Puxi Area to the west. There is also the Yangtze River that separates the islands of Changxing, Hengsha and Chongming from the mainland. Ferries therefore play an important role in connecting different parts of Shanghai. There are 19 ferry lines connecting about 40 ferry stations. There are both common ferryboats and air-conditioned ones. The fares vary for pedestrians, cyclists and those with motor vehicles. The Shanghai Public Transportation Card can also be used on ferryboats.