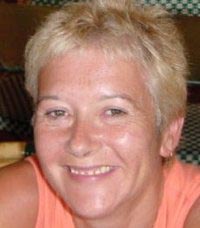 The new school year begins this week so I thought I would explain a little about the education system in the Dominican Republic.

The vast majority of children go to public school, which is free, although there are private colleges and international schools as well, which have fees.

The schools are all of a similar design, with large classrooms, and start at 8am. The first round of classes finishes at noon. Those children have then finished for the day. Another lot come in the afternoon from 2pm until 6pm. The children either go in the morning or the afternoon. One of the ideas of the new President, Danilo Medina, is to require children to go to school all day, but this will mean building thousands of new classrooms so it is not likely to happen overnight. He has already started on the program and the engineers have all been appointed.The money has apparently been handed over, but the engineers say they don’t have it, so as at the beginning of this school year there are no new classrooms yet built, until they discover where the money is.

In addition, the new President plans to feed them breakfast, lunch and an afternoon snack, which would be marvelous as many children go hungry.

The children start school at age 5, or nearly 6, although there are kindergarten classes which some go to. The class sizes are between 15 and 40 pupils. They then keep going until Grade 8 which is the end of the first school when they should be around 14. However, every year there are exams and apart from in the first couple of years when there is pretty much automatic progression, if they fail them then they have to retake the year. According to Unicef, the repetition rate amongst the richest children is 2.3%, and amongst the poorest is 8.7%. If they make it to the 8th grade, they take national examinations known as the Pruebas Nacionales. There are four subjects: Spanish Language, Mathematics, Social Sciences and Natural Sciences and the pass rate is 65%.

Not everyone makes it to this grade. It is estimated that out of every 100 students who start school, only 53 finish 8th grade. They leave for a variety of reasons, even though school supposed to be compulsory there are many who do not go. The main reason is money, as although the schools are more or less free (enrolment fee is around US$1 and examination fees the same), the children have to buy their uniform, back pack for their books, notebooks and pencils, and shoes. In some areas they also have to pay for their books, and as the books double as workbooks they are not reusable and can add significant expense.

Apart from those who live close by, they have to pay for transport, although in some areas there are free school buses. Some will also drop out to work and it is estimated that 9% of children are involved in some form of child labour, although this tends to be mainly boys and more in the countryside than in the towns. Some of the girls will drop out as they become pregnant – teenage pregnancies being a big problem in this country.

Following 8th grade then begins year 1-4 of high school ending with the exams for Bachiller which qualifies as university entrance. Not all schools offer high school education, so often the children must go to a different school much further away. The Bachiller consists of more exams than the Pruebas Nacionales and includes English, French, Civics, and Human Development. The exams are multiple choice, which may be a reason why not many Dominicans can actually write very well. Of all the children who start school only 12% actually graduate from high school.

There is no question that the standard of education in this country is a major problem and it appears there has been little effort on the part of the government to improve it. However, with the new President things seem to be changing, and for the first time in years, there will be 4% of GDP spent on education, which is what the Law says.

So, there are positive signs that education will improve, which may begin to give Dominican children the sort of start in life that many other children around the world have.

Lindsay lives in the middle of nowhere in the Dominican Republic with her Dominican husband, one stepson, 8 cats and 3 dogs. She was formerly Marketing Director of various financial companies in the City of London, and left the UK around 11 years ago to travel the world as a scuba diving instructor. She eventually came to the Dominican Republic on a 6 month contract, fell in love with the country and its people and stayed. Lindsay has a blog www.yoursaucepans.blogspot.com and is currently writing a book about her experiences over the last 10 years.

Lindsay de Feliz is the author of What About Your Saucepans? Published by Summertime and available on Amazon in both book and kindle versions.