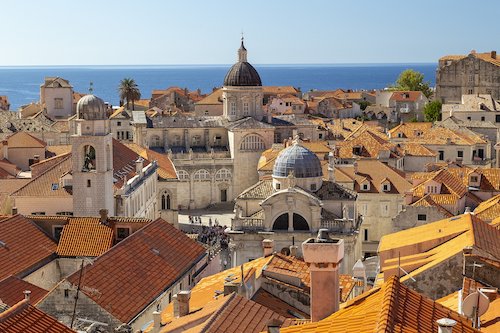 If you are intending to live and work in the beautiful country of Croatia, the issue of learning the local language will be one of the first things on your mind. We will take a look at the language and dialects in the country, how widespread the use of English may be, the languages most commonly used in the workplace and other linguistic aspects of the country.Croatia is surrounded by different countries and like most European nations, its population speaks a number of languages. The official language is a South Slavic language called hrvatski (standardized Serbo-Croatian), and this is also an official language of the EU. It is spoken in Croatia, Bosnia and Herzegovina, the Serbian province of Vojvodina and is recognised as a minority language in Serbia and other neighbouring nations such as Italy and Austria. Around 95% of the population of Croatia are hrvatski speaking.

Hrvatski is based on a Croatian dialect called Shtokavian, which became standardized in the 18 – 19th centuries; there are two other main dialects, Kajkavian and Chakavian. In diplomatic circles, terms such as “Bosnian-Croatian-Montenegrin-Serbian” are often used: the issue of language and identity is a thorny one in this region and is often subject to political agendas, so it is probably wise not to use ‘Serbo-Croatian’ locally, even though the two languages are linguistically very close.

However, hrvatski is not the only language spoken in Croatia. Other tongues are: 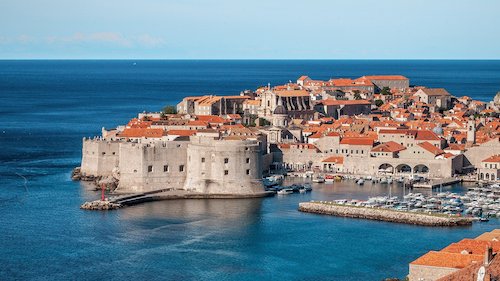 There are many different languages in Croatia

It is estimated that around 80% of the Croatian population are at least bi-lingual, and of those people, over 80% speak English. The second most popular language is German. This will depend on the region that you are in: most English speakers are concentrated in the capital, Zagreb, and on the Adriatic coast, due to the influx of English-speaking tourists. Younger people tend to have a higher level of English, whereas the over-65s tend to speak more German, but bear in mind that a relatively high number of Croatian nationals have retired back to their native country after living in places such as the USA and will thus be fluent in English.

You will encounter English widely in the working environment, particularly if you are working in the tourism/hospitality industries: it is a requirement to speak English if you are a Croat employed in the hospitality sector.

You should have relatively little difficulty communicating with Croatians, especially if you are working in Zagreb. However, it is always advisable to learn some basic phrases:

This is particularly important if you are working in rural areas away from the coast where the prevalence of English or other European languages might not be so widespread as in cities and towns. Thus your need for fluency will be proportionate to your locality and your industry: you will need more Croatian if you are not working in Zagreb or on the Adriatic, and if you are not working in a hospitality-related sector. These days, one can use digital translation, such as Google translate, on a phone but note that this technology is still not perfect and it is advisable to rely instead on more old-fashioned methods such as a phrase book! 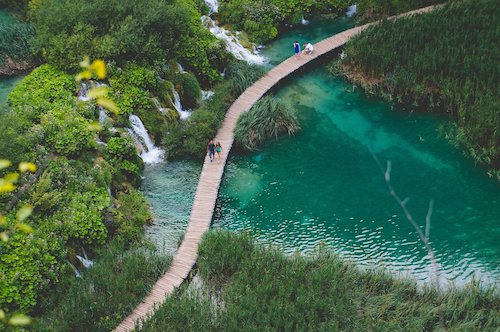 However, like most countries, showing some willingness to learn the basic language always goes down well with the Croatian population, even if your linguistic capability is only limited to a few phrases. Croatian is not an easy language to learn if you are a native English speaker: the grammar is particularly tough, with seven noun declensions, and English speakers will find the pronunciation difficult. Perseverence will be required and you may like to take a few lessons if you are going to be in the country for any length of time particularly if you are going to be working in a rural area.

A number of native English speakers travel out to Croatia with the specific aim of teaching English. It is always easier to get work in international education if you have at least a certificate in either TEFL (Teaching English as a Foreign Language) or TESOL (Teachers of English to Speakers of Other Languages).

If you are intending on teaching English, it is also preferable if you have experience in teaching schemes such as the Cambridge English exams or IELTS (International English Language Testing System): the English test for study, migration or work. Some teaching experience in the Graduate Management Admission Test (GMAT) will also be helpful. This assesses analytical, writing, quantitative, verbal, and reading skills in written English for use in admission to graduate management programs, such as the MBA. You may also find work more easily if you are experienced in teaching English for particular sectors, such as tourism and hospitality.

Most private schools in Croatia also require at least a Bachelor’s degree: basically, the rule of thumb is that the more qualifications you have, both in TEFL and in academic subjects, the easier you will find it to get work. You will find a range of opportunities, from teaching children to teaching adult professionals. 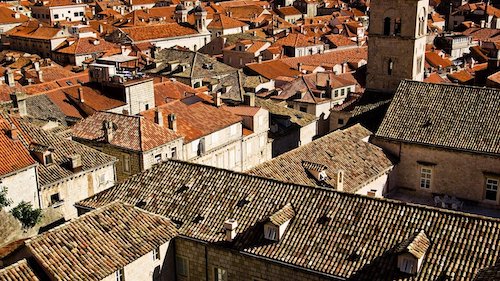 There is also a demand for translation and interpretation between English and Croatian, but your Croatian will need to be of a high standard if you are to seek work in this sector.

You will need a work visa to teach, translate and interpret unless you are a EU national. You can expect a comparatively decent salary in private schools, of around the equivalent of £900 – 1100 per month. Hiring takes place year round although some job agencies suggest that September and January are peak periods. Your best line of approach is to either sign up with a TEFL job registry, approach a private school with your CV, search online TEFL job forums which cover the region, or rely on your existing contacts.