Moving To Croatia – What To Expect As A New Expat 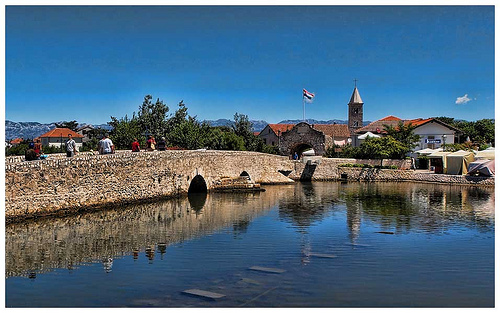 Although Croatia has grown in popularity as a tourist destination over the last decade, it still isn’t among the most popular expat locations in the world, or even in Europe. However, there is a small expat community here, and although most expats tend to live in Croatia only temporarily, more people are starting to see it as a viable and desirable long-term option. If you’re considering moving to Croatia yourself, here’s a brief idea of what to expect.Lots of beauty and warmth

There’s no doubt that Croatia is a beautiful country – the big Croatian cities are, for the most part, beautiful and well maintained, the countryside is gorgeous, and the beaches in particular are stunning and pristine. All of this is a major reason for Croatia’s popularity among tourists, and a factor worth considering for expats too.

There’s also the climate, which is neither too hot nor too cold; the infrastructure, which is mostly very good, especially the road network across the country; and Croatian hospitality. The road network and Croatia’s geography also mean that you could live in the capital city Zagreb and still be only a couple of hours away from the coast. If you’re in Split, the biggest city after Zagreb, you’ll have even better access to the coast and a number of beautiful beaches. Living in Croatia also gives you access to a number of great European destinations, if you want or need to travel.

The usual expat struggles, and a few unique ones

Of course, there are also several things that expats find themselves struggling with in Croatia. Some of these are the usual changes that expats struggle with anywhere in the world – adjusting to a new culture, feeling homesick, dealing with a new language, new cuisine, new systems, and so on. There’s also the fact that as you settle in and change, returning to your home country can leave you feeling just as out of place and a bit anchorless. The good news is that this will pass, even if the transition is painful.

Language may or may not be a problem for you in Croatia, depending on where you live. In the cities and the popular tourist spots, a considerable number of people speak English. In the countryside however, it’s important to know Croatian. Keep in mind that many expats find it quite difficult to learn the language.

Conveniences like home delivery and online shopping are not as widely or easily available as they are in the US and many European countries, and while this isn’t exactly a huge burden, it can get annoying or frustrating.

There are also a few cultural aspects of life in Croatia that can be difficult to adjust to. At meals for example, you are usually expected to take multiple servings, and if you don’t, your host may think you are either rude or didn’t like the meal. Croatia is also mostly Catholic, so remember that meals often start with someone saying grace. Depending on who you associate with, religious practices may be more frequent and prominent than you’re used to. There are also a few widespread superstitions, and although they may not seem important to you, they can be important to locals. For example, you will be warned not to drink water while eating fish, not to go around with wet hair, and to cover the back of your neck if there’s even a slight chill in the air.

Croatia is cheaper than most other expat locations in Europe, but people from Canada and the US often find it more expensive than their home country. It’s also important to consider the fact that salaries too tend to be lower, even as an expat. As a result, the low prices can still eat up most of your income.

Disbelief and confusion at your decision to move

In addition to the fact that Croatia isn’t a particularly popular expat location, many Croatians, for a variety of reasons, are eager to leave the country. As a result, most expats in Croatia frequently encounter baffled questions about why they want to live there. This can get tiresome, but the best thing to do is just laugh it off.